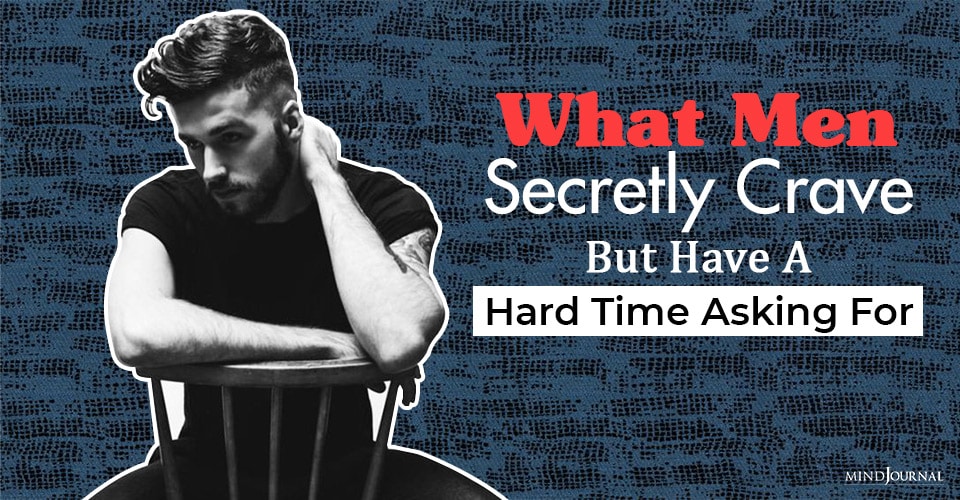 Yes. Men love sex. But that’s not the ONLY thing men crave from their partner. There is something else that men secretly crave, something more than sexual intimacy. It can make his heart ache for you or fill it with indescribable joy. And YOU are the only person who can truly give him what he exactly wants…even more than sex.

Do you know why romance and sensuality novels for women are so popular?

Short answer: The authors know exactly how to give women that feeling.

That feeling has many facets and she loves them all. She tingles with the flirtatiousness of the conversation. She blushes at the boldness and sensual innuendo. She craves the unapologetic desire. In a romance novel, the woman always longs to be “taken” by her man. The sexual polarity and tension have her on pins and needles of anticipation. She is aching for the climactic release from this torture.

And her husband doesn’t quite get it. He can read the same passage and have a lukewarm response.

Sure, it’s a little titillating. But it’s not the kind of “romance” language he has told me he is longing for.

He is a long-time, married man who is just dying to star in a different scene.

Related: The 10 Most Heartfelt Compliments You Can Give A Man

Just as he struggles to understand her emotional reaction to those scenes written for her, she can also be clueless about his deepest desires. And it’s not a sex scene.

To him, it seems she just doesn’t understand (or doesn’t care?) why reading this scene will almost always bring a tear to his eye and a lump in his throat.

More than anything, he wants that feeling, and only she has the power to supply that.

The Romance Story That Can Make Men Cry

“They were finally alone. He had been looking forward to doing this for months and she finally agreed to a getaway for just the two of them. The kids were with grandma and they will finally have a chance to reconnect as a man and woman—not as dad and mom.

Their truck was cruising west on the hot desert highway into a beautiful sunset as one of their favorite songs from high school came on the radio. They both started humming the song and broke into the chorus at the exact same time. They both laughed and smiled without talking as the song ended. After another few miles, she gently reached across the top of the bench seat and her hand found the back of his head. Her fingers rolled and massaged through his hair as she delivered the most loving half-scratch, a half-massage treatment he hadn’t felt in a long time.

He caught her looking at him out of the side of his eye and said, ‘What’s that look for?’

She kept eye contact and grinned as she said, ‘This was such a good plan. I’m so happy you’re my man. Thank you for making me go on this trip. We both need this, don’t we?’

As they pulled into town that night, he realized he had not even noticed the last 100 miles. While his truck found its own way, he had been traveling on Cloud Nine.“

Many women reading this will think I’m full of crap. The men know I’m not.

The leading man in this story is a familiar one. He has been married for 14 years, has three kids aged 13, 11, and nine, and he lives in a rat race of work, relatives, friends, home maintenance, and weekend soccer tournaments.

It isn’t the loss of sexual intimacy that causes his quiet tears. It’s the loss of his emotional and sensual connection with his only romantic partner in life. He craves her presence, respect, and trust. She is the only woman who has the power to lift him up and make him want to conquer the world for her.

Yet he feels that she no longer wants to be that woman for him. She is disconnected. She gives herself and her energy to just about anyone but him. And it makes him sad. It makes him fearful of his future. The sadness and fear show up in his life as anger which can lead to occasional abusive behavior.

The Truth Behind His Anger

The anger of this type is a secondary emotion. It is a reaction to the thoughts of what he believes he has lost and of the fear of where he thinks he will wind up.

His confidence wanes and he yields to his worst fears – that maybe he really is an inadequate and insignificant man.

Related: 7 Signs Of True Love From A Man

The dream of “happily ever after” for most men includes the idea of a long-term, committed, romantic and sexual relationship with a woman who shares his values and desire to maintain a healthy, trusting, respectful, and intimate relationship. The dream is full of good feelings, happy times, supportive words, and loving actions.

For many men, it feels like this dream is dying right in front of them and there is no way to stop it. Everything he does to address it seems to blow up in his face.

Can he be more understanding? Can he be more caring and sensitive? Can he take more responsibility for helping her feel safer and supportive? Yep.

He’s been working hard at being a better man and husband for the last year. He’s not perfect, but he’s trying so hard. His wife has noticed, but she still doesn’t trust him.

He wants to be a man who he can be proud of. He also wants a woman who is proud of him and appreciates him. All he needs to keep going most days is a good head scratch and a loving vote of confidence.