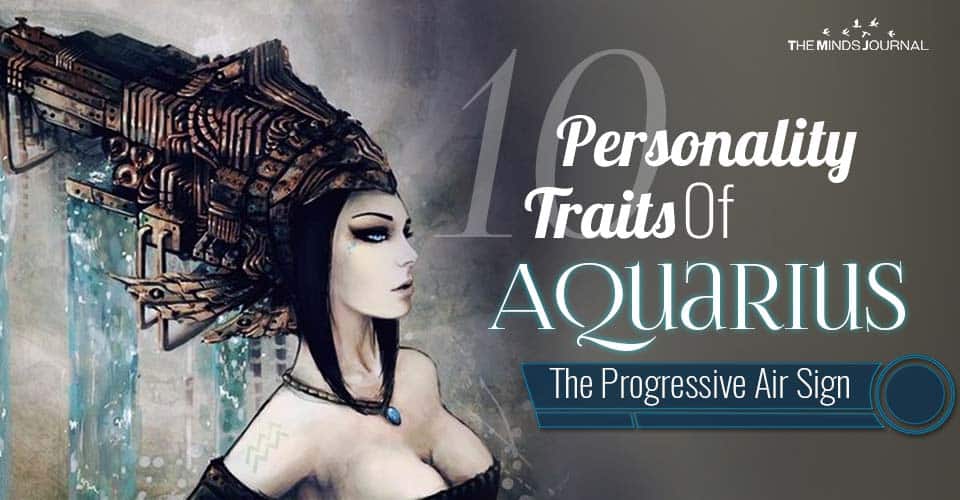 People belonging to the zodiac sign, Aquarius is commonly perceived to be an enigma, and hard to read. Most people dismiss them as “too complicated” and “tough to understand”. Once you take a closer look at the personality traits of Aquarius, you will see how different, unique, and special they truly are. The more you get to know them, the more it will become clear as to why they are amazing people, but so often misunderstood.

Here Are 10 Personality Traits Of Aquarius, The Progressive Air Sign

1. They are extremely progressive.

If there is one thing that will help you identify an Aquarius, it is their progressive and open-minded thinking. They are known for being independent thinkers and always believe in breaking the mold. Aquarians despise orthodox and conservative viewpoints and vehemently protest against them.

2. They are secretly very emotional.

Aquarians are extremely emotional and sentimental when it comes to the spectrum of feelings, but unlike others, they don’t like expressing it openly. When they feel too emotional, they end up isolating themselves and prefer dealing with them alone. They don’t really feel comfortable talking about their emotions unless they trust you 100%.

When it comes to being emotional, they hate it when people try to force them to talk about it or try to interrogate them in any way. So, if you want an Aquarian to trust you with their feelings, you need to give them some space and time, so that they can deal with it first, and then talk to you about it.

3. They overthink more than they should.

Aquarians are notorious for their overthinking, and because of this, they tend to stress themselves out very easily. And it’s not just the serious things that they overthink about, they do the same for even the tiniest of things.

Overanalyzing everything to the point of making themselves unhappy and depressed, is what Aquarians are good at. Their brains are always working in overdrive, thinking about things that did not even happen!

4. They have a sarcastic sense of humor.

People belonging to this zodiac sign are queens and kings of sarcasm. They are so sarcastic, that most of the time they do not even realize that they are being sarcastic. Their sarcasm is one of their most defining personality traits, and one that sets them apart from others.

People who are the closest to them only tend to understand their twisted sense of humor, and are normally rolling on the floor laughing because of their weird jokes . For people who don’t really understand how Aquarians joke around, they can easily get confused and offended.

Want to know more about sarcastic people? Read 11 Things You NEED to Know Before Dating A Woman Fluent In Sarcasm

5. They are often misunderstood.

Aquarians can be very eccentric sometimes, and this eccentricity makes them special. But, not everyone has the potential to understand that. That is why half of the time, most people tend to misunderstand and judge them, without even trying to get to know them better.

Their eccentricity tends to make them do things differently from others, and they have atypical ways of showing that they love and care for someone. They are emotional and human just like the rest of us; it’s just that they have their own ways of expressing their feelings.

6. They are rebellious beings.

Another one of the most dominant personality traits of Aquarius is their rebellious nature. You just cannot dictate to an Aquarian what they should and shouldn’t do. Their strong-mindedness makes them extremely independent, and they absolutely hate it when others try to impose their opinions on them.

Due to their self-reliant nature, they hate mingling with close-minded people who suffer from a superiority complex. They would rather be alone than make space for dominating and controlling people in their lives.

7. They believe in second chances.

Aquarians tend to always look for the best in people, and believe in giving second chances. Their optimism and pure-hearted nature make it difficult for them to write-off someone, on the basis of just one mistake. They hate holding onto grudges and don’t like any kind of negativity in their lives.

However, their forgiving nature sometimes ends up hurting them more, because they tend to give second chances to people who don’t really deserve it. A lot of times, negative people tend to take advantage of their good hearts.

8. They are always thirsty for knowledge.

People belonging to the Aquarius zodiac sign are some of the most intelligent people you will come across. They are smart, knowledgeable, and extremely well-read, owing to the fact that they love reading and soaking in as much knowledge as they can.

They grasp ideas and concepts very easily and are always looking to know more. Aquarians are known for having diverse interests, and most of the time, you will find them reading books and staying updated about everything that is happening around them.

9. They can be unpredictable sometimes.

Unpredictability is one of the most common personality traits in Aquarius. They are not really fond of routines and hate dullness. Doing the same thing day in and day out frustrates them, bores the hell out of them. Because they are spontaneous people, they are always on the lookout for the next adventure.

Aquarians are extremely fun people to hang around with and be rest assured that they will always keep you on your toes and make sure that you are having the time of your life.

10. They are horrible at lying.

One of the most prominent personality traits of Aquarius is that they suck at lying. They are really talented individuals, but when it comes to being liars, they fail miserably. This is the reason when they are put in uncomfortable situations, they would prefer to be quiet rather than lie through their teeth.

Their inability to lie also makes them trustworthy and transparent people, who you can always count on for some honest and good advice. No matter what, they will always tell you the truth and help you understand where you stand.

So, there you have it! Aquarians are truly some of the best people out there, aren’t they? Their authenticity, integrity, and inherent goodness make them some of the best human beings you will ever know.

If you want to know more about the personality traits of Aquarius, then check this video out below: 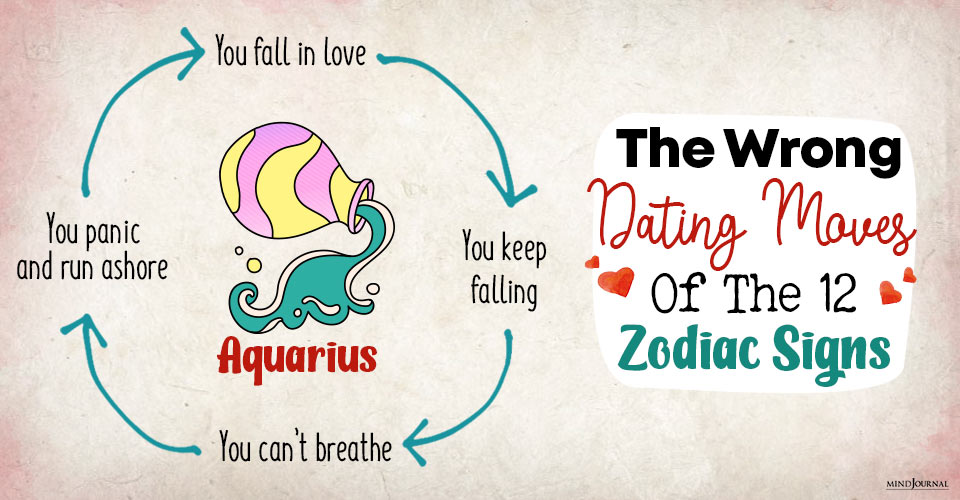 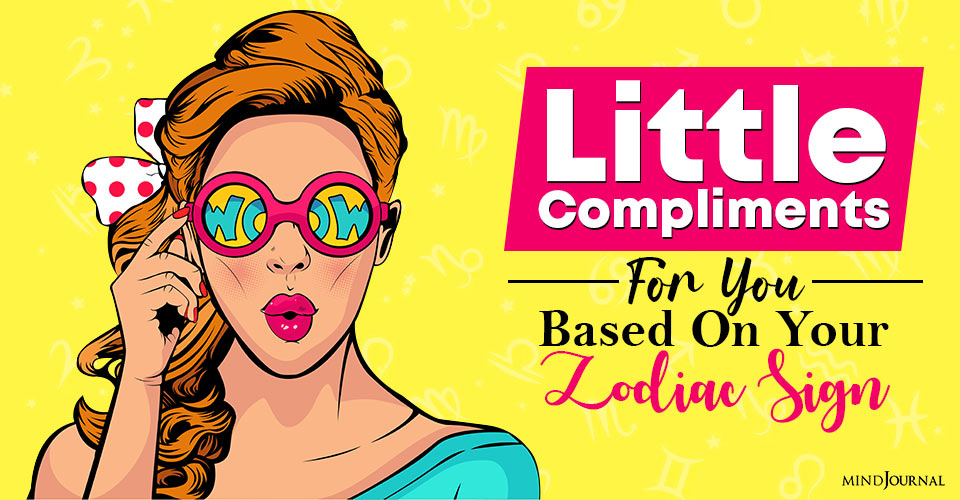 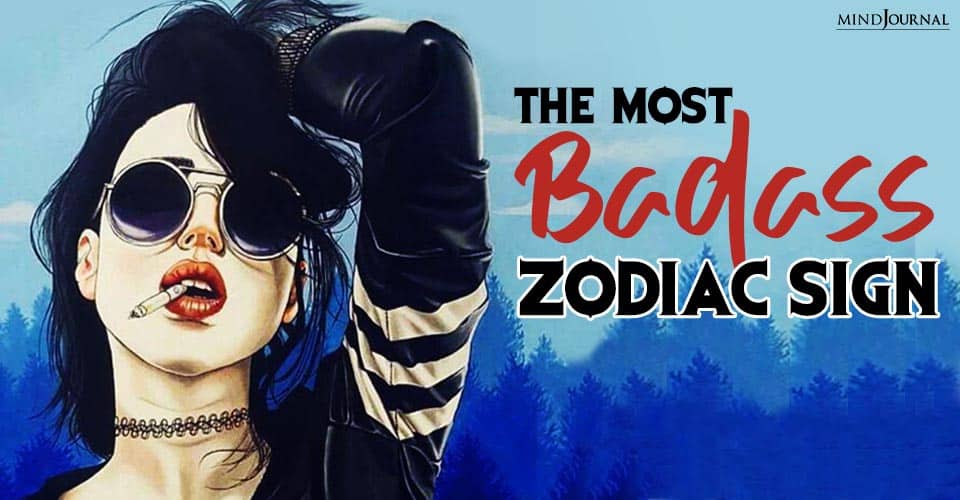 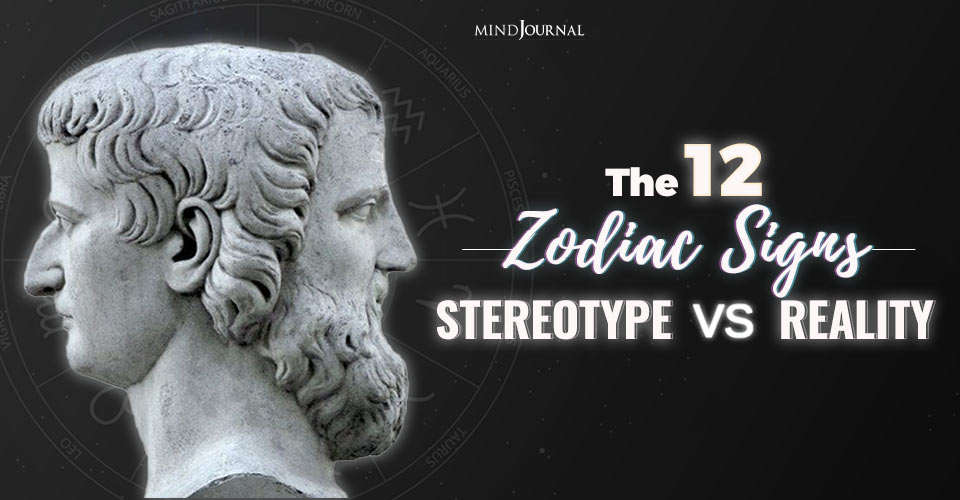