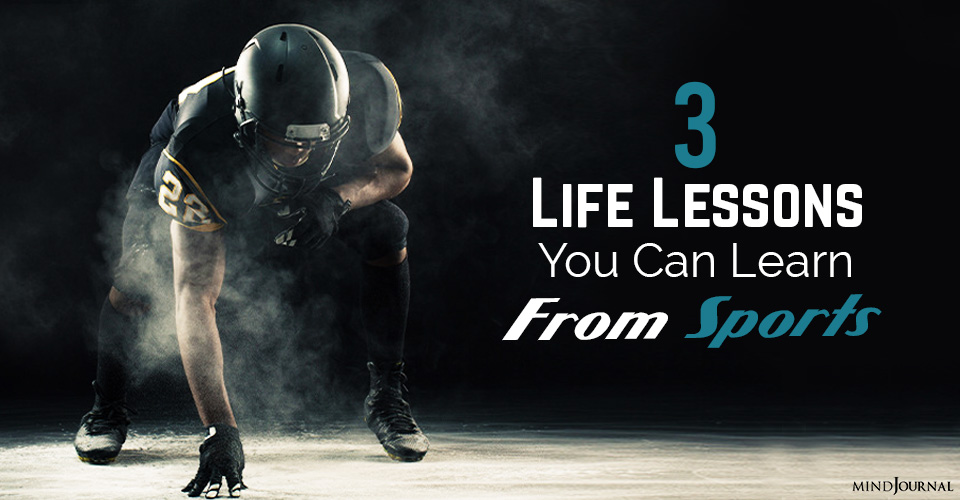 Among the many values of sports, there are three special lessons that transition flawlessly into life. Every successful person I have ever worked with has developed these three concepts.

1. FQ Is More Important Than IQ

This is one of the most important lessons learned from sports. I was directing a basketball clinic in Salt Lake City, Utah when Dale Brown, the former Louisiana State University coach, spoke these words, “Your FQ is more important than your IQ.” He then explained that your FQ is your Failure Quotient. How often can you fail at something and have the resiliency to get right back up?

Pat Riley, the president of the NBA’s Miami Heat, wrote, “Success is getting up one more time than you’ve been knocked down.” If there is one constant in the athletic world, it is that athletes will meet failure.

Baseball players must develop strong FQ’s because failure is a huge part of their game. Great hitters fail 7 out of 10 at bats. They experience failure 70% of the time. Basketball players have a similar experience. A player is an outstanding 3 point shooter if he fails 6 out of every 10 shot attempts.

The University of St. Francis basketball team I coached for 34 years played in a tournament in New York against the number 2 ranked team in the country. They were a great team and they beat us on a shot at the final buzzer.

Our best shooter, who was averaging 17 points per game, took 10 shots in the game and failed to make one basket. We had to play another game the next day. Before the game I told him, “If I see you open and you don’t shoot, I am taking you out of the game. You are our best shooter and you will shoot us into the national tournament at the end of the season.”…And that is exactly what he did because he had developed a resilient FQ.

Life can often be a struggle. Most of us will meet failure personally and/or professionally. There is a lot of adversity out there and none of us are exempt. We have to beat failure in life just like our player did in the athletic arena. We have to get back up. How? Two ways: Learn from it and put it behind you.

“I’ve failed over and over again in my life and that is why I succeed.” – Michael Jordan

Bill Russell played for the Boston Celtics for 13 years. In 11 of those 13 years, the Celtics won the NBA championship. Russell said whenever the Celtic players entered a building for a practice or a game, they left their individual egos at the door. But what they brought in was their Team Ego.

They knew they were a talented team and they also knew they played together. Their Team Ego was telling their opponent that they better bring an outstanding game if they were to beat the Celtics, because the Celtics knew they would bring a great game every night.

The essence of athletics is teamwork. John Wooden, the legendary UCLA basketball coach, taught, “The main ingredient of a star is the rest of the team.” He was fortunate to coach numerous stars and he got them to believe in his team first philosophy.

Read Wetiko: The Virus of Egoism and Selfishness According to Native Americans

Michael Jordan was a star. I saw him play in person at the Chicago Stadium and the United Center at least 40 times during the most important time of the season – the NBA playoffs. He is the best player I have ever seen play the game.

When you think of Jordan, you think of his great scoring ability, but you seldom hear what a great teammate he was. He practiced harder than anyone on the Bulls; he was their best defensive player, arguably the best defender in the entire NBA; and he is the leading assist man in Bulls history. Jordan set the tone for the Bulls Team Ego!

I have worked with some outstanding leaders – principals at the high school level and presidents at the collegiate level.

They knew they could not lead alone; they needed to develop a strong team and they did two things toward this goal: They surrounded themselves with good people and they gave all the credit away.

They created a strong Team Ego by taking the blame but passing the credit on. This is the second most important life lessons to learn from sports.

Read Life Lessons – A 3-Step Path to Getting Unstuck

Sports is a great arena to develop the skill of listening. Every sport begins with the teaching of the fundamentals. Every sport teaches a system of play. Every athlete wants playing time and that begins and ends with listening. It is only by listening intently that a player can successfully understand and implement the fundamentals and the system.

Classroom teaching and the teaching of sport are the same, with one exception. Teachers and coaches teach their subject matter in the classroom and their systems on the athletic fields and courts. When the classroom exam comes, the students must know the subject matter to perform well. The exam in athletics is the game.

The sports players must execute the system the coach has taught them during the game. However, the opponent will do all he can to not allow the team to run their system. It would be like a student taking an exam with someone’s hand waving over his eyes during the entire exam! Sports players must develop the skill of listening if they are to beat the opponents who are waving their hands at them throughout the game.

Read How To Keep a Conversation Going? The Art Of Listening For Hooks

Every great leader I’ve worked with was a great listener. They listened with their ears and their eyes. Their eyes were riveted on the person speaking as they gave that person their full attention.

The bottom line to listening in life is simple: LISTENING IS RESPECT.

“It’s lack of faith that makes people afraid of meeting challenges, and I believed in myself.” – Muhammad Ali

The development of a strong FQ, concentrating on team ego, and listening  – great lessons that can be learned in sports or athletics –  do lead to a successful life.

If these lessons of sport and life lead to success, you may want to remember John Wooden’s maxim: Talent is God-given, so be humble, Fame is man-given, so be thankful, But conceit is self-given, and you better be careful.

What are your lessons from sports?
Leave a comment below.

previousWhen Your Child Loses It In Public: 5 Steps To Staying Calm
nextWhat Type of Person Should You Avoid? QUIZ