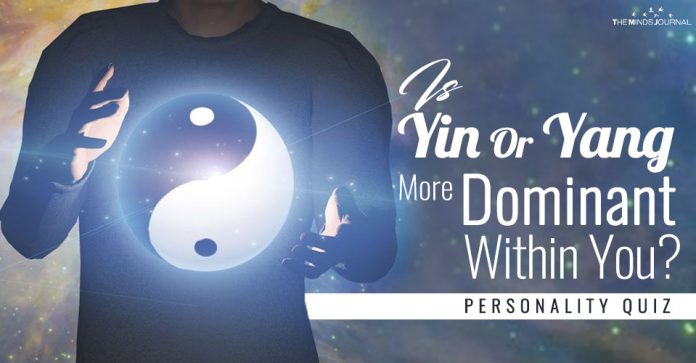 Is Yin Or Yang More Dominant Within You? – Personality Quiz

Is Yin Or Yang More Dominant Within You?

The Yin and Yang, according to Chinese philosophy, are naturally occurring forces in the universe which in actuality not only complement one another but are interdependent. 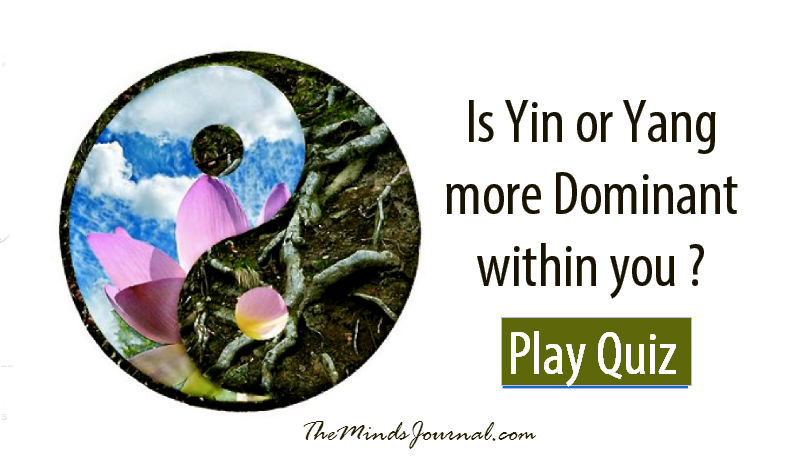 They actually come about through the process with which they are interconnected. It is their very opposition in the natural world that fosters the strength of their existence. This oppositional pull exists in each individual as we experience life.

The following quiz taps into the extent to which you balance the pull of the yin and yang that is naturally occurring in your encounters with the world. It is somewhat akin to what we describe as “Type A” or “Type B” personalities, or something in the middle. For instance, are you a fighter, a doormat or a kind person who is capable of standing up for yourself when it is appropriate? Are you self-centered or people-pleasing, or are you simply a generous person who has boundaries?

This quiz will give you a sense of how balanced you are as an individual, or does the yin or yang pull you too hard in one direction or another?

Which Eastern Religion Matches Closest To Your Values?

Eastern Religions are much different than Western Religions. Do you have an affinity For Buddhism, Taoism or Confucianism? Take this test to find out!
Read more
Personality Tests

Are You An Empath or HSP? Take This Quiz To Find Out

It’s often easy to get confused between being an empath or HSP. This quiz can help you find out if you are just sensitive or a true empath.
Read more
Personality Tests

What Kind of Communicator You Are? Visual Personality Test

Here is a quick visual personality test that will reveal your communication style. All you have to do is: Look at the optical illusion below and notice what you happen to see first.
Read more
wpDiscuz
29
0
Would love your thoughts, please comment.x
()
x
| Reply