Is He Attracted To You, Or Does He Just Want To Objectify And Use You? 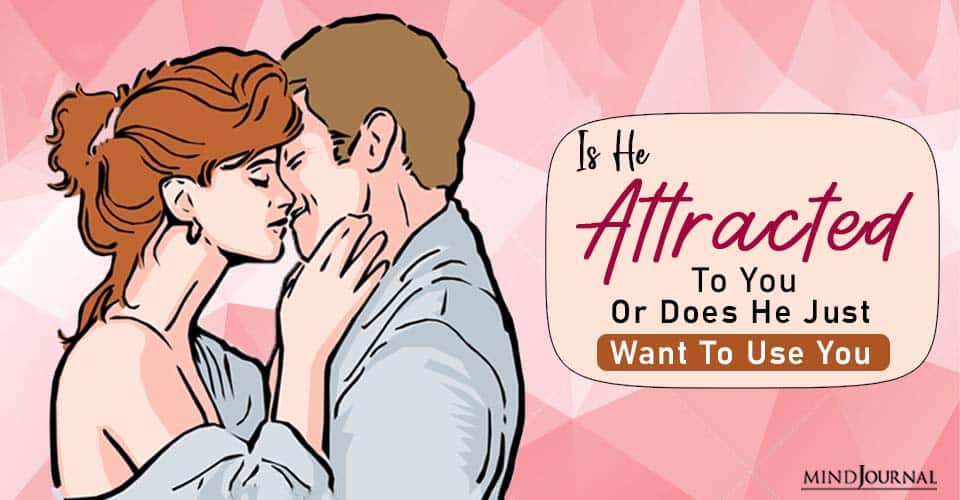 Objectification within a relationship is a serious red flag and sometimes the signs of objectifying are deeply hidden. Is your partner using you as an object rather than desiring you as a person? Here are 5 early warning signs of abusive objectification to look for.

A study published a few years ago in Psychology Of Women Quarterly, a peer-reviewed journal, shows that objectification can be linked to sexual coercion in romantic relationships.

This is not surprising, for several reasons.

The article, called The Object of Desire: How Being Objectified Creates Sexual Pressure for Women in Heterosexual Relationships explains that objectification is linked to sexual violence, stating:

In other words, having someone objectify your body will lead you to feel shame, which is, according to this study, linked to sexual coercion. Coercioino, of course, is not a strong foundation for a healthy relationship, which should be founded in mutual respect. And it’s not the same as someone being truly attracted to you.’

Related: How to Tell Which Attractions Lead to Love and Which Lead to Pain

In fact, if you feel shamed into sexual activity, that is a serious red flag for abuse in a relationship — whether it’s a long-term relationship like a marriage, or a short-term one like a hookup.

While this is a small, self-reported study (which has some inherent limitations), it does open up a bigger conversation about sexual objectification, and the narrow line between sexual attraction and objectification.

Related: Objectification of Women Shames Everyone

So how do you tell the difference between healthy attraction and the objectification of women?

Even more importantly, what are the warning signs that you would want to watch out for in a relationship or when getting to know someone? How will you know if he’s attracted to you or just “using” you to objectify you?

Obviously, we would all like to enjoy the healthy attraction and be able to separate it from unhealthy objectification with many risk factors.

First, let’s think about the mindset that someone is in when they tend to objectify another person physically.

Someone who does this is by definition in an immature state of mind. When we are very young, we see the world as made of up many small parts. It takes a great deal of maturity to see how these parts fit together and to consequently view people as “whole objects,” or whole people.

When we are less mature, we view people more as “objects” that serve a specific need or role in a particular moment.

This is a natural part of development when we are children and incapable of meeting all of our own needs on our own.

However, healthy development includes respecting others as people in their own right, with their own needs, limitations, and good and bad parts. A man or a woman who sees another individual as an object is seeing them through the lens of being able to satisfy a particular need — period. They do not have the capacity to think about the whole person or consequently a healthy, mature relationship— especially a romantic or sexual one.

So how do we tell the difference, especially in the early stages of a relationship where hormones and attraction chemistry can be running on high?!

Here are some basic signs of objectification, and some personality tendencies that you can be aware of:

1. A healthy attraction does not tend to focus overwhelmingly on a body part or a specific look.

A healthy attraction can take genuine pleasure or appreciation in a trait or look, but clearly views it as a part of a whole personality. Attraction towards specific body parts is a clear sign of objectification.

Related: 17 Signs We Are Used or Abused