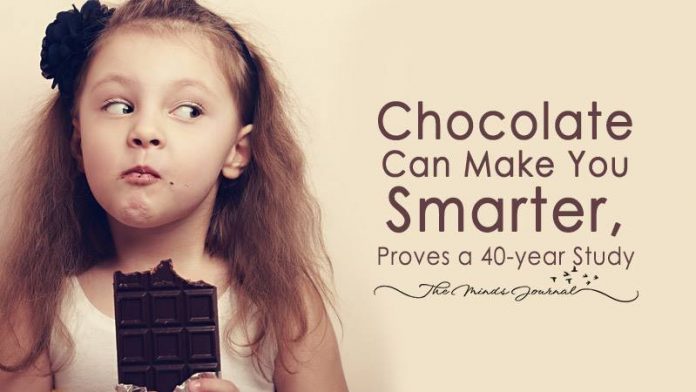 Chocolate Can Make You Smarter, Proves a 40-year Study

There is no food more universally beloved than chocolate. Besides being devastatingly tasty, it has also been proven to improve our mood, our heart health, and our blood sugar stability.

Now, in what is sure to become a wildly popular research study, scientists have determined that eating chocolate can actually make us smarter, too.

In a study of over one thousand participants that has been going on since the 1970s, Merrill Elias examines the relationship between blood pressure, brain performance, and diet. The results regarding chocolate intake were surprising and wonderful. “We found that people who eat chocolate at least once a week tend to perform better cognitively,” stated Elias. “It’s significant – it touches a number of cognitive domains.”

The researchers compared the cognitive test scores of participants who reported eating chocolate at least once a week with those who reportedly failed to do so. In doing this, they found “significant positive associations” between chocolate intake and cognitive performance. This correlation stayed strong even after the data was adjusted to account for variables that were thought to impact both chocolate consumption and cognitive performance. These included age, education, cardiovascular risk factors, and other dietary habits.

The chocolate eaters scored significantly higher in a wide range of cognitive areas, including visual-spatial memory, working memory, scanning and tracking, and abstract reasoning, among others. These are some of the most widely used cognitive abilities when it comes to daily activities like remembering a shopping list, driving well, or even acing a math test. Chocolate consumptions impact on this wide range of cognitive areas suggests that its use did not improve specific areas of the brain, but rather increased brain function overall in a significant way.

This research, of course, begged the question: Does chocolate improve brain function, or do smarter people tend to gravitate toward chocolate with a greater intensity? To determine the answer, the researchers examined a smaller group of more than 300 participants who had taken part in the first parts of the experiment, long before the researchers introduced the dietary questionnaire. If higher intelligence led to greater chocolate consumption, there should have been an association between the subjects’ initial cognitive performance, before they ever filled out the dietary questionnaire, and their reported chocolate intake. 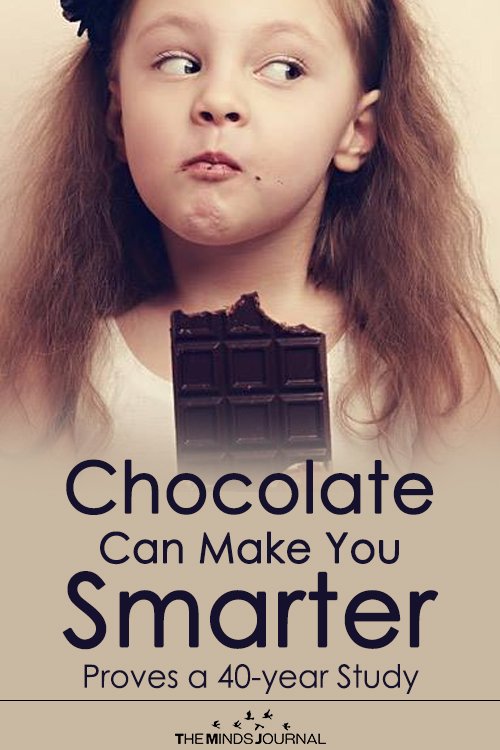 The amazing things of this… Read more »

Well I should be a… Read more »

ROBYN REISCH
Robyn Reisch is a Penn State graduate who lives in Colorado with her husband, son, and two dogs. When she is not writing, she can be found embracing the shake at Pure Barre and embracing other mommies at her MOPS group.
-Adverts-

Do you know doctors have recognized more than 400 different phobias? Here is the list of Phobias that will leave you surprised.
Read more
wpDiscuz
6
0
Would love your thoughts, please comment.x
()
x
| Reply