Why We Tend to Attract Emotionally Unavailable Partners 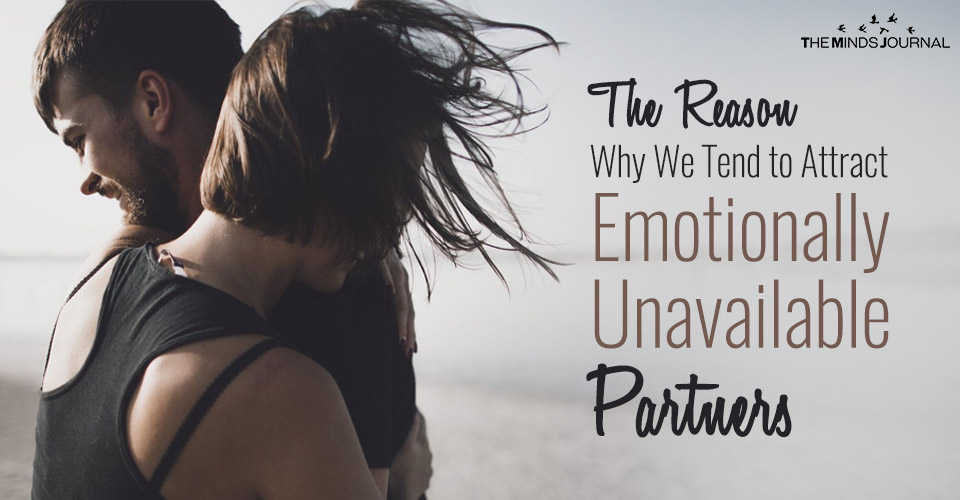 My sister had a traumatic break-up recently and while talking to our professor, who suffered from a traumatic divorce, it occurred to us, is there something really wrong with us?

Why are we attracted towards sadists or abusive men? Do we have problems ourselves? All the men I have dated or my sister dated or the man our professor was married to, had one thing in common: they were emotionally unavailable.

So, she accepted his proposal. And then it broke all the magic they had. Frequent visits lessened, phone calls and texts diminished in number and the guy seemed to even forget that he was in a relationship.

He talked with other women, he slept with other women and he ignored my sister completely. When she asked about commitment, it occurred to him that she was forcing commitment upon him. She tried her best. He would not open his heart out.

His female friends took advantage and turned him more commitment-phobic. Eventually, we forced my sister to break any sort of relationship they had.  I know she still loves him. I know she is suffering but that’s the best thing we do.

Now, let’s talk about my professor. She is divorced for 20 years now and neither she nor her husband married again. They are very well in touch because of their daughter.

One of the major reasons for her divorce was that she wanted to move to a better place to raise her daughter because the county they were living in had no good public school. Her husband was not willing to leave his job.

This was among the many reasons but it put the nail in the coffin. My professor didn’t spend any money on hiring a lawyer for the custody of her daughter because she wanted to save it to send her daughter to a good college. Her husband had no brains to understand the sacrifice she was making. She never married again. So did he.

We always try to get a thing we cannot have. This is the true nature of human beings. It comes to us like a challenge. When we fall in love with someone, most of the times, we are not sure of the reciprocation. If we get the reciprocation, then we feel we are the luckiest creatures on this planet.

This is really great. We all deserve to be happy. But do we really remain happy? That is the question.

The honeymoon period gets over too soon. All the flowery words of love lose their charm and slowly we find ourselves deflected. One partner starts drifting away, perhaps to a different shore.

That’s the time when the pain starts. We tend to ignore the harsh reality that we are being cheated upon. We tend to romanticize this ignorance. We create the world for ourselves where we make ourselves believe that our partners love us. But is this really the truth?

Close your eyes. Take a deep breath. And …think!

How long are we going to stay in this make-belief world?

How long are we going to tell ourselves that things are just going fine?

How long are we going to miss our partners, get disappointed by them, and still believe that they love us?