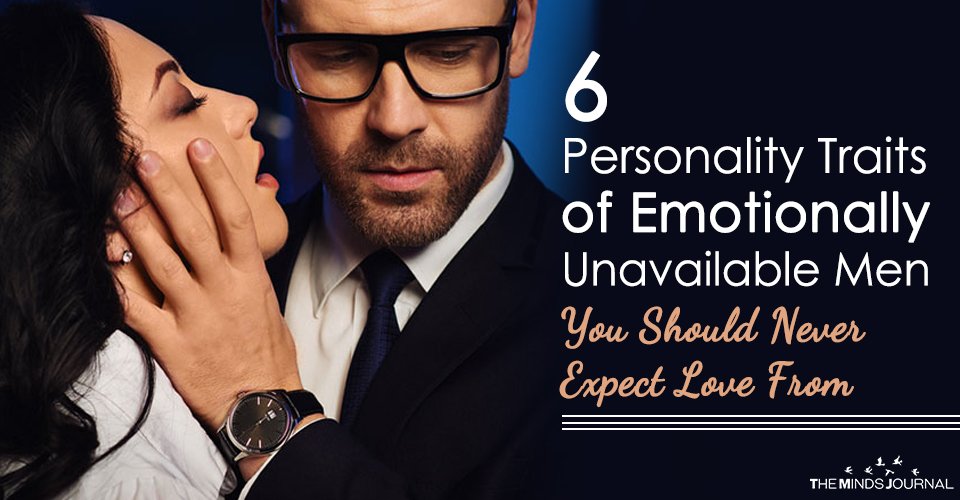 Men and women are wired differently.

The crux of Split brain research is that the gender differences go beyond social conditioning.

The right brain is more intuitive, creative and deals with emotions.

The left brain is more rational, analytical and deals with logic.

Therefore women tend to be more emotional than men.

Our emotional needs are greater than men and therefore it is imperative we look for a partner who understands and knows how to respect and reciprocate our emotions.

So, before you fall head over heels for someone, check for these red flags.

1) Men who have an Addictive Personality

Emotional unavailability can spring from a lack of love that a person received in his childhood.
The feelings of inner emptiness that these people suffer from are the direct result of the parent’s failure to fulfill their needs for love, care and affection.
Children growing up in such an environment where there was gross inconsistency in meeting their love and affection needs enter adulthood with no sense of inner security.
In this background of lack of inner security, they develop an addictive personality.
They will cling to anything outside to ease their pain, be it people, drugs or alcohol.
Even if these people cling to you and profess their love, it comes from a place of addiction and not loving concern for you.
They only seek to receive rather give.
You may be tempted to mistake their addictive behavior for love, but actually it is anti love. It will only trap you rather than liberate you.
Don’t mistake addiction for love and stay away Girl!

2) Men who are Narcissistic

“Since they do not perceive others as others but only as extensions of themselves, narcissistic individuals lack the capacity for empathy, which is the capacity to feel what another is feeling. Lacking empathy, these people usually respond inappropriately on an emotional level and fail to offer any recognition or verification of your feelings.” – M. Scott Peck

The dictionary definition of a narcissist is, “someone with an excessive preoccupation with or admiration for oneself.”
Since they are so preoccupied with themselves, they lack the capacity for empathy or thinking beyond themselves.
They believe that the whole world revolves around them.
They operate from a sense of “what’s in it for me?”
Even if they are being nice and loving to you, it is only to get some benefit out of you in return. It could be validation, admiration or any other gratification. They are just viewing you as an object that is there to provide them with their “Narcissistic fix”
If you are with a man who is preoccupied with himself and ever stops for a moment to think about others, he is Narcissistic and unlikely to provide you with the emotional bond and affection that you deserve and desire.

3) Men who are Workaholic

People who are workaholic are similar to people who have an addictive personality that we just discussed.
They just use their work instead or drugs or alcohol or other people to avoid their feelings.
While, it’s good to be ambitious and hard working, but it is equally important to strike work life balance
A person who is a workaholic will not only spend insane number of hours at work but he will also be emotionally and mentally absent while he is there with you.
He would be so preoccupied with meeting targets and deadlines in his head that he will not be able to enjoy the present moment with you.
You don’t want to be with someone who is not capable of slowing down once in awhile to enjoy a sunset or birthdays or anniversaries.
Let him go Girl!

“The capacity to be alone is the capacity to love. It may look paradoxical to you, but it’s not. It is an existential truth: only those people who are capable of being alone are capable of love, of sharing, of going into the deepest core of another person–without possessing the other, without becoming dependent on the other, without reducing the other to a thing, and without becoming addicted to the other. They allow the other absolute freedom, because they know that if the other leaves, they will be as happy as they are now. Their happiness cannot be taken by the other, because it is not given by the other.” ― Osho

There is a very delicate balance of solitude and connection in a relationship. Each partner needs time to spend with himself, pursue his dreams and passions and discover himself. When two people know how to be in solitude and have their own experiences ,they can come back to the relationship to share their insights and experiences of life.
But a man who is not comfortable with his solitude will not be comfortable with his emotions either. He is just running away from them instead of sitting with them and feeling them.
When he can’t be available to his own emotions, how will he be available to you?

5) Men who are Dependant

The most common misconception about love is the idea that dependency is love.
So many people profess that they cannot live without you and you may be very tempted to consider this gesture as romantic.
But let me tell you, it is not. When you require another person for your survival, it is not love but dependency.

“Love is the free exercise of choice. Two people love each other only when they are quite capable of living without each other but choose to live with each other.
I define dependency as the inability to experience wholeness or to function adequately without the certainty that one is being actively cared for by another.
It is to be distinguished from what are commonly referred to as dependency needs or feelings. We all – each and every one of us- even if we try to pretend to others and ourselves that we don’t have dependency needs and feelings. All of us have desires to be babied, to be nurtured without effort on our parts, to be cared for by persons stronger than us who have our interests truly at heart.
But for most of us these desires or feelings do not rule our lives; they are not the predominant theme of our existence.
When they do rule our lives and dictate the quality of our existence, then we have something more than just dependency needs or feeling, we are dependant. “ – M.Scott Peck, Psychiatrist and author of Road Less Travelled

A person who is dependant is so busy seeking love and attention; he has no energy left to give love.
They are people who tolerate loneliness very poorly and derive their identity solely from their relationships.
It doesn’t matter who they are in a relationship with, as long as there is someone.
They will jump in and out of relationships.
If someone comes on too strong early in the relationship or professes too much too soon, please tread carefully.
Please don’t let the intensity of their emotions mislead you, they are just acting out their dependency needs and their emotions really have no substance.

6) Men who are Insecure

A man who is insecure and lacks confidence in his abilities will not be able to show up fully in a relationship and let you blossom into your highest potential.
He would just be in a relationship with you to avoid being alone or to feel better about himself.
He would not look at your relationship as a partnership between equals and would feel threatened if you do better than him.
He would feel jealous and insecure and would try to cling to you or demotivate you rather than helping you to shine in your glory.
There is some amount of healing that he has to do to solve his self worth issues before he can show up as a confident and loving partner.
Let him work on his issues. Move on and wish him well! 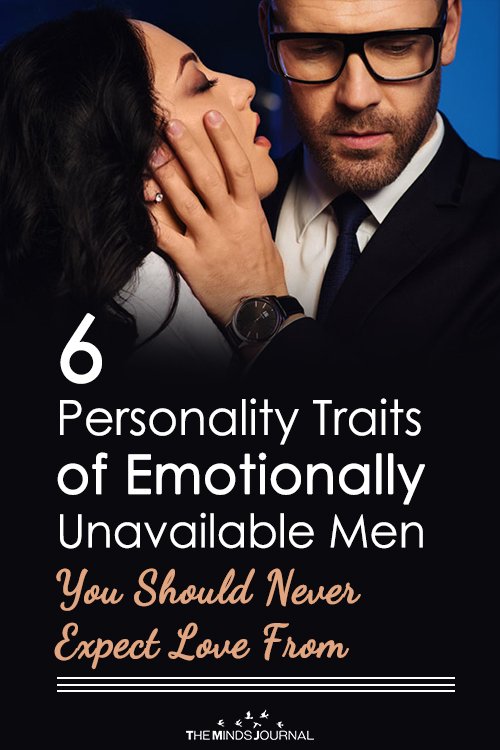