Why Mean Girls Are Younger, and Meaner, Than Ever Before

Many younger ones already know the pain of exclusion and instant reputation loss via social-media outlets. The same study done in 2017 revealed that half of the 7-to-10-year-olds worried about being bullied online.

A University of Oxford study of boys and girls’ technology use makes the concern over our daughters being bullied seem very wise: Girls aged 8 to 18 spend more time on their cellphones socializing than do boys, who focus more on playing video games.

What Parents Can Do

A parent’s job is to bolster and teach young girls how to be a good friend and to provide the social skills they need to move on after being bullied or left out.

As the Vermont study and many others confirm, parents can make all the difference. They can help girls get ahead of the inevitable anxiety they will face that could squash their self-image and smother their drive.

Hurley believes, “Our girls have the opportunity to put an end to mean girl culture and change the narrative of girlhood for the better, but they need us to guide them along the way.”

She adds that you should do this even if your child doesn’t have get screen time or have her own phone.

As much as parents would like to believe — and some say — that they avoid the subject because they don’t want their daughters to worry, the reality is that your daughter probably is worrying about mean behavior because she sees it happening all around her, if not to her personally.

To help you guide your child through the rocky terrain of childhood and the teen years, Hurley recommends:

Related Video: What Kind of Woman You Are According To the Month You Were Born In?

Written by Susan Newman Ph.D.
Originally appeared on Psychology Today
Printed with permission from the author 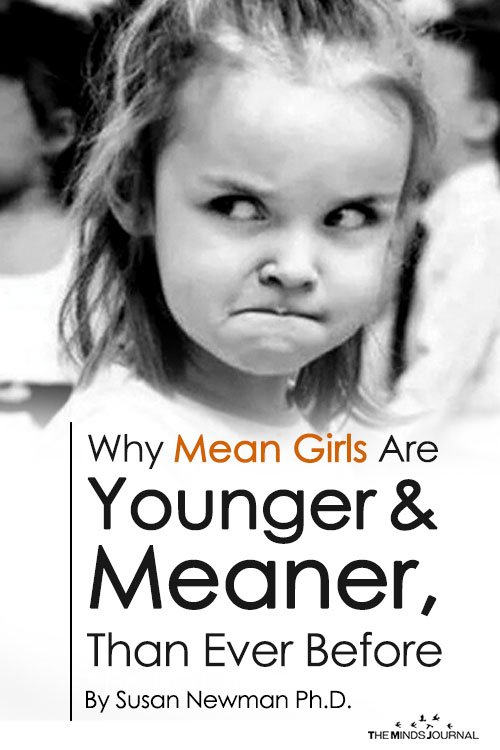 Susan Newmanhttp://www.susannewmanphd.com/
Susan Newman, Ph.D., social psychologist, blogs for <a href="https://www.psychologytoday.com/blog/singletons">Psychology Today Magazine and is the author of The Case for the Only Child: Your Essential Guide (HCI), Under One Roof Again: All Grown Up and (Re)learning to Live Together Happily(Lyons Press),The Book of NO: 365 Ways to Say It--and Mean It and Stop People-Pleasing Forever(Turner Publishing), Parenting an Only Child: The Joys and Challenges of Raising Your One and OnlyBroadway/Doubleday), and Little Things Long Remembered: Making Your Children Feel Special Every Day (Iron Gate Press), others. Follow me on Facebook and Twitter and Sign Up for my free Monthly Family Life Alert Newsletter.
- Advertisment -

That Song that’s Playing on the Radio

How To Maintain Healthy Relationships Through Years?