Which Face Appears To Be Happier? – Personality Test

Which Face Appears To Be Happier?

The Biological base of Your Behavior

In the word of science exists a theory which is known as the theory of left-brain or right-brain dominance. According to this theory, each part of the brain is designed to function differently, even though the key work is to think. It is also said that people prefer one way of thinking more than the other.

It will be interesting to find out by the application of this above theory if we are left-brained or right-brained, by the way, we process images.

Personality Test: Which Face Appears To Be Happier?

To start, given below are 2 faces, look at the center of one face and then the other. Does one appear happier? Once you’re done making a choice, read what it indicates 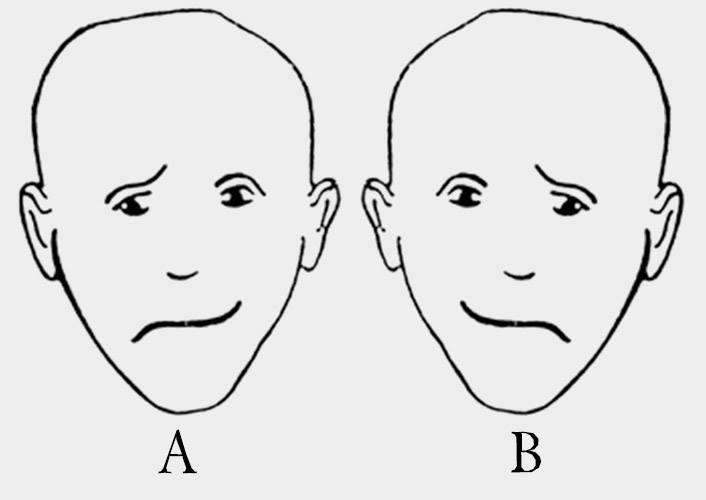 If you choose image A then you’re likely to be left-brained. This means that you have a very systematic and practical approach to life and everything in it. You listen to your brain over the heart. You think of things in a very logical way. You are also a critical thinker. You like viewing things from a different perspective to make sure your conclusions are right.

If you choose image B then you are a really creative person. You love expressing yourself and have a very subjective approach to things. You have an extraordinary imaginary mind and try to create something new out of everything. You’re not the basic direct person. Your mind is a colorful canvas.

No matter which category you belong to, you’re amazing! 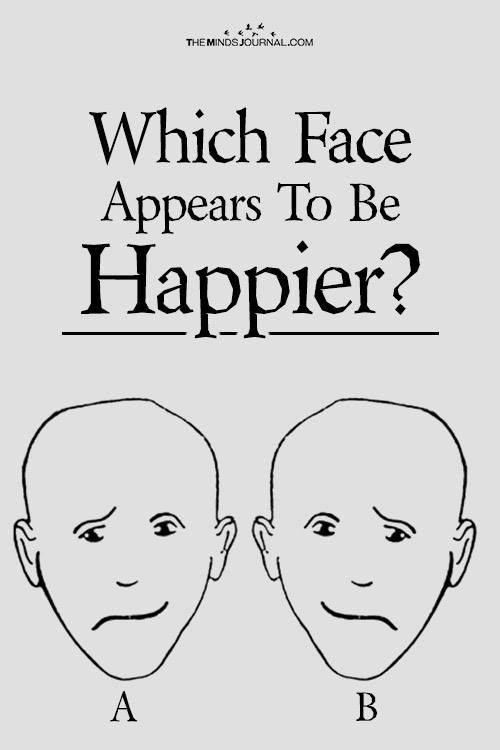