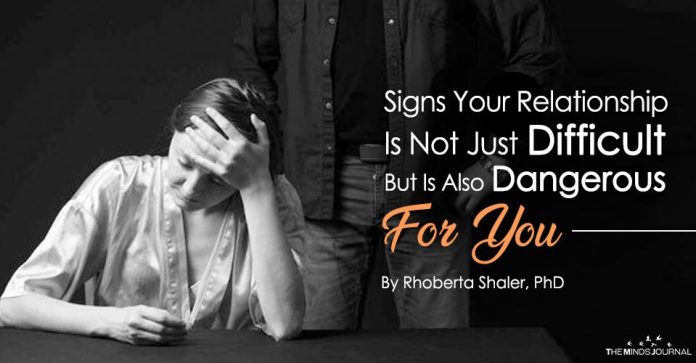 No one has the right to treat you badly. So, get yourself some relationship help—work on your relationship with yourself, your self-esteem and self-confidence. Gain some good communication, conflict management, and negotiation skills, too.

You must set boundaries and maintain them. If by chance, you have been a doormat, it’s time to stand up, brush yourself off and never place yourself in that position again. Do this in a positive way, demonstrating love, concern, and empathy for them, but clearly explaining the specific behaviors that have to stop.

Keep in mind: You want to talk about the behavior that has to stop, not about the person. You want them to know that changing that behavior will get them more of what they want and less of what they don’t want. Set clear boundaries and limits, along with their consequences. Then, maintain them no matter how difficult that is. When you don’t maintain your boundaries, they don’t trust or respect your word.

4. These behaviors are episodic.

They’re all over the place, but you need consistency. Being with these folks is like a roller coaster ride. They can show love and regret when threatened by potential loss, and then be equally mean and belligerent when they feel they are not getting the respect and attention they “deserve”.

You must remain true to yourself, live by your values, beliefs, and purpose all the time, not changing who you are to accommodate them, to make them happy (nothing does) or to make them like you more (you’re only going along with what they want).

You must change this belief when dealing with these folks. Negative feedback confirms how they feel about themselves, and makes your comments real; it can scare and enrage them.

Reduce and remove emotional threats. Deal with specific behaviors and what could replace them that will help you feel more engaged and positively responsive.

6. You get caught in toxic patterns of interaction.

It’s so important that you remain vigilant about stopping your own enabling behaviors. What are those? Doing what someone else wants us to do to keep them happy, keep the peace, or join them in pretending there is no problem, which is commonly called “denial.” It means making or accepting excuses for poor behavior; or, accepting that it is someone else’s fault they behave the way they do.

Enablers have poor boundaries, trust too easily, have a poor sense of their own value, and, more importantly, they seek validation of themselves through actions. They think the dysfunctional person will like them better if they join them in their denial!

That’s where “difficult” turns dangerous. If you don’t do something, you are part of the problem.

Potential for violence sounds harsh, but that’s what it is. Say the wrong word. Look at them sideways. Question their behavior. Suggest they may have a fault. Be late with their dinner. Talk back to them. Demand equality. All of these can unleash the potential for violence that pours out in torrents of accusations, demeaning comments, withholding affection, or physical or sexual abuse.

Step up and be part of the solution early, before things escalate. Remember, sometimes it is only possible to love difficult and dangerous folks from a safe distance … and that is wise. 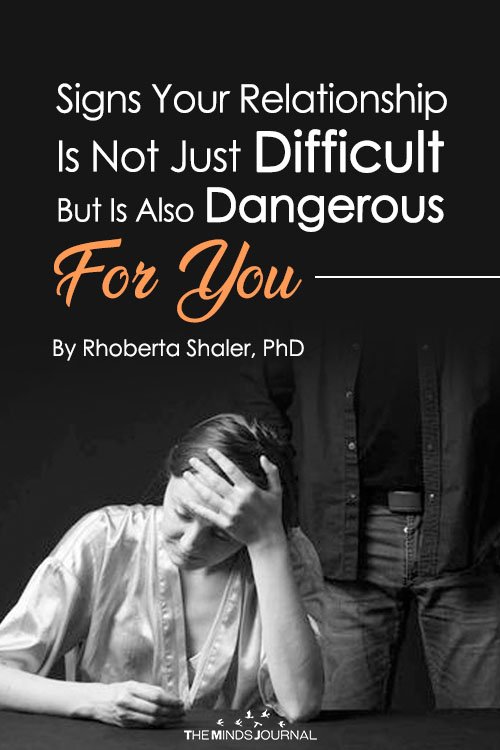