When The Zodiac Signs Crave Chaos 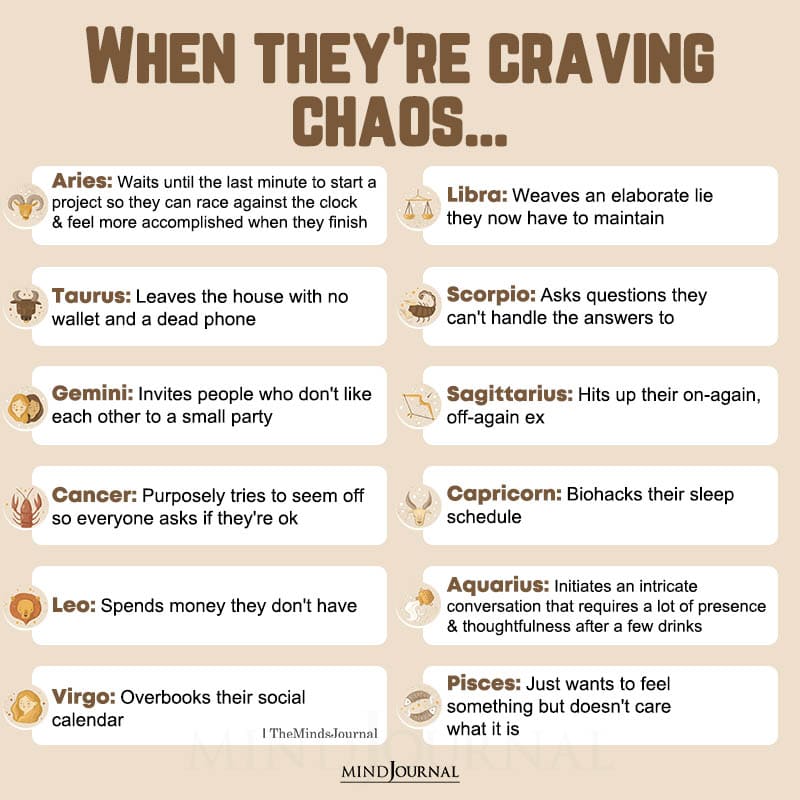 When The Zodiac Signs Crave Chaos

Aries: waits until the last minute to start a project so they can race against the clock and feel more accomplished when they finish

Taurus: leaves the house with no wallet and a dead phone

Gemini: invites people who don’t like each other to a small party

Cancer: purposely tries to seem off so everyone asks if they’re ok

Leo: spends money they don’t have

Libra: weaves an elaborate lie they now have to maintain

Scorpio: asks questions they can’t handle the answers to

Aquarius: initiates an intricate conversation that requires a lot of presence and thoughtfulness after a few drinks

Pisces: just wants to feel something but doesn’t care what it is