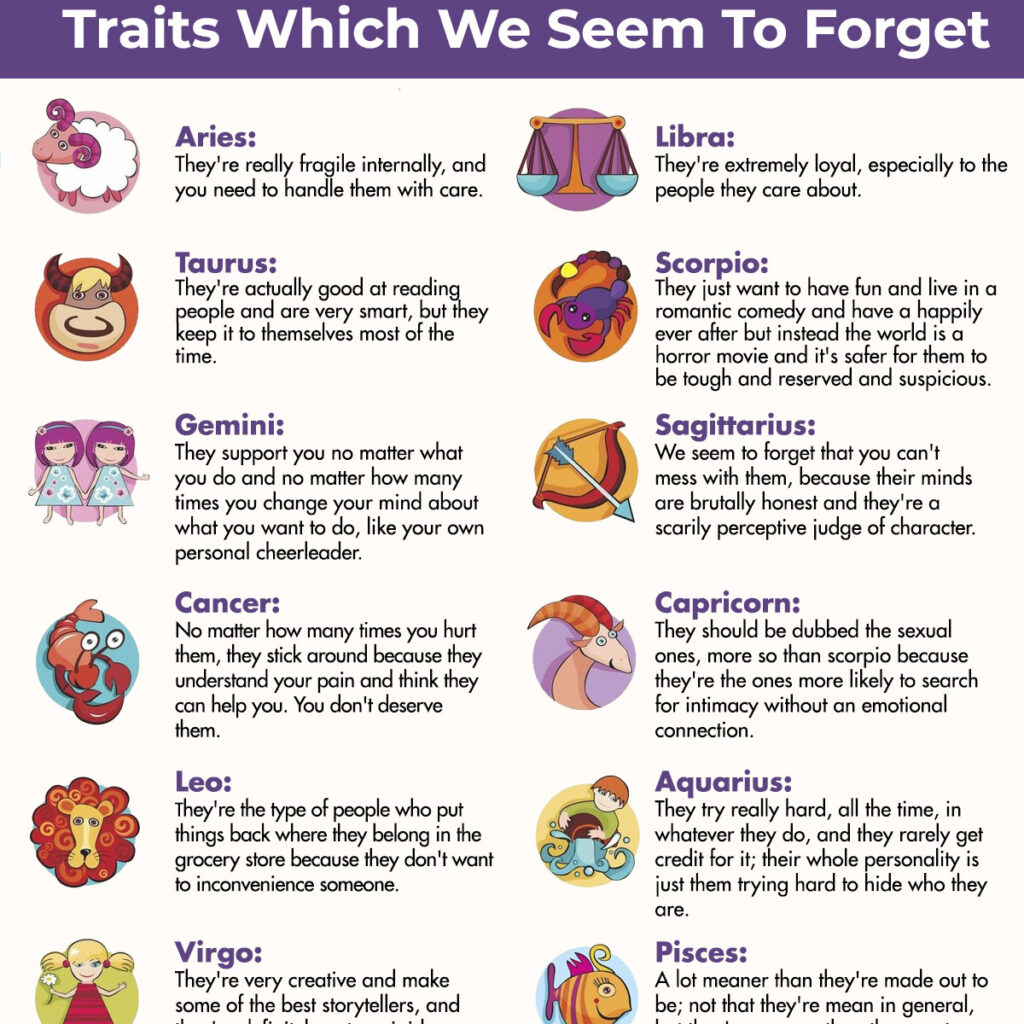 Aries: They’re really fragile internally, and you need to handle them with care.

Taurus: They’re actually good at reading people and are very smart, but they keep it to themselves most of the time.

Gemini: They support you no matter what you do and no matter how many times you change your mind about what you want to do, like your own personal cheerleader.

Cancer: No matter how many times you hurt them, they stick around because they understand your pain and think they can help you. You don’t deserve them.

Leo: They’re the type of people who put things back where they belong in the grocery store because they don’t want to inconvenience someone.

Virgo: They’re very creative and make some of the best storytellers, and they’re definitely not as rigid as people make them out to be.

Libra: They’re extremely loyal, especially to the people they care about.

Scorpio: They just want to have fun and live in a romantic comedy and have a happily ever after but instead the world is a horror movie and it’s safer for them to be tough and reserved and suspicious.

Sagittarius: We seem to forget that you can’t mess with them, because their minds are brutally honest and they’re a scarily perceptive judge of character.

Capricorn: They should be dubbed the sexual ones, more so than scorpio because they’re the ones more likely to search for intimacy without an emotional connection.

Aquarius: They try really hard, all the time, in whatever they do, and they rarely get credit for it; their whole personality is just them trying hard to hide who they are.