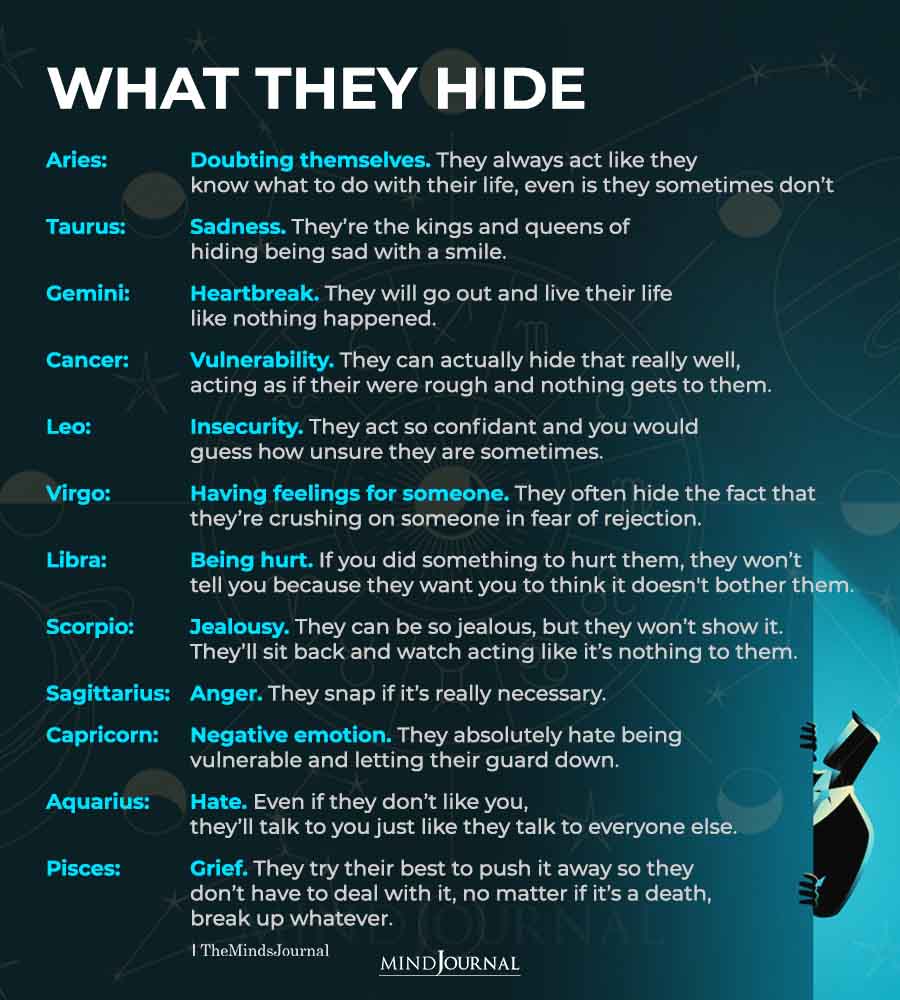 Aries: Doubting themselves. They always act like they know what to do with their life, even is they sometimes don’t

Taurus: Sadness. They’re the kings and queens of hiding being sad with a smile.

Gemini: Heartbreak. They will go out and live their life like nothing happened.

Cancer: Vulnerability. They can actually hide that really well, acting as if their were rough and nothing gets to them.

Leo: Insecurity. They act so confidant and you would guess how unsure they are sometimes.

Virgo: Having feelings for someone. They often hide the fact that they’re crushing on someone in fear of rejection.

Libra: Being hurt. If you did something to hurt them, they won’t tell you because they want you to think it doesn’t bother them.

Scorpio: Jealousy. They can be so jealous, but they won’t show it. They’ll sit back and watch acting like it’s nothing to them.

Capricorn: Negative emotion. They absolutely hate being vulnerable and letting their guard down.

Aquarius: Hate. Even if they don’t like you, they’ll talk to you just like they talk to everyone else.

Pisces: Grief. They try their best to push it away so they don’t have to deal with it, no matter if it’s a death, break up whatever.