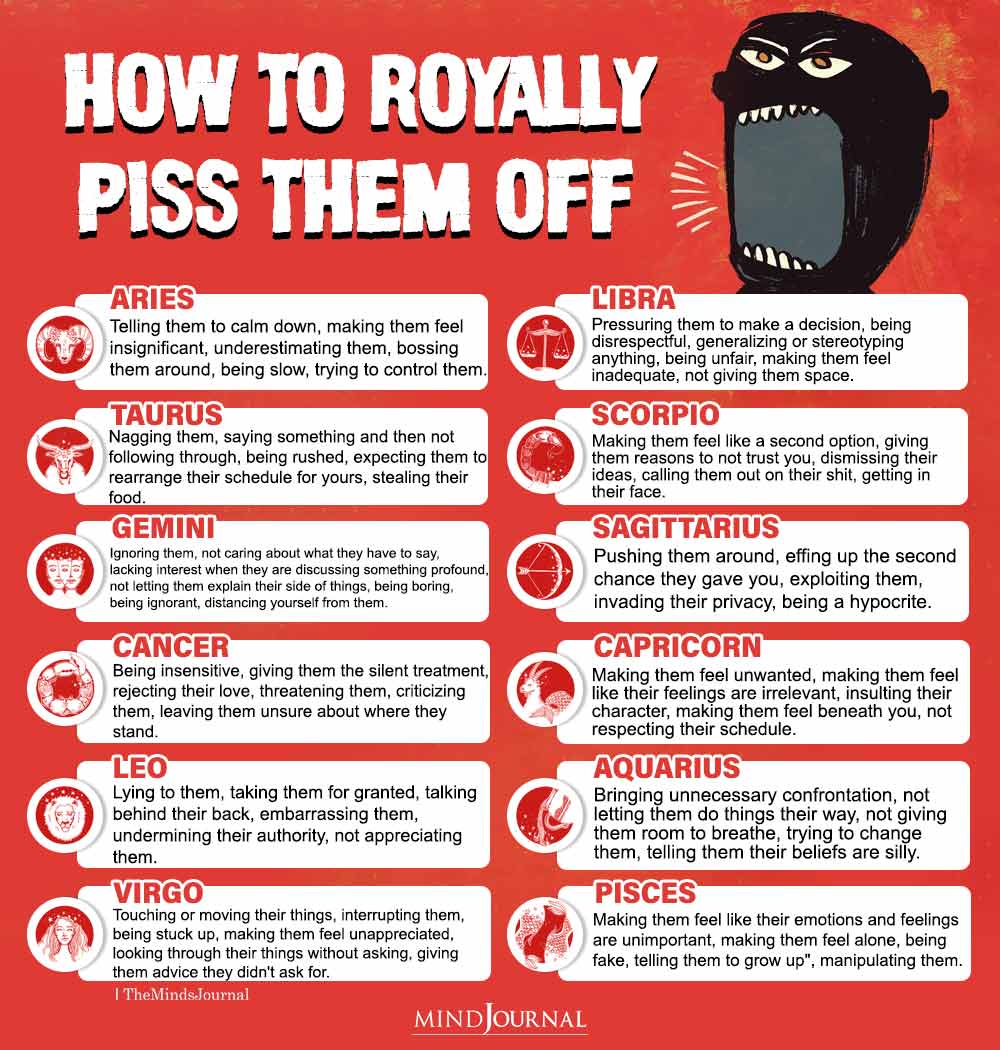 How To Royally Piss Them Off:

ARIES: Telling them to calm down, making them feel insignificant, underestimating them, bossing them around, being slow, trying to control them.

TAURUS: Nagging them, saying something and then not following through, being rushed, expecting them to rearrange their schedule for yours, stealing their food.

GEMINI: Ignoring them, not caring about what they have to say, lacking interest when they are discussing something profound, not letting them explain their side of things, being boring, being ignorant, distancing yourself from them.

CANCER: Being insensitive, giving them the silent treatment, rejecting their love, threatening them, criticizing them, leaving them unsure about where they stand.

LEO: Lying to them, taking them for granted, talking behind their back, embarrassing them, undermining their authority, not appreciating them.

VIRGO: Touching or moving their things, interrupting them, being stuck up, making them feel unappreciated, looking through their things without asking, giving them advice they didn’t ask for.

LIBRA: Pressuring them to make a decision, being disrespectful, generalizing or stereotyping anything, being unfair, making them feel inadequate, not giving them space.

SCORPIO: Making them feel like a second option, giving them reasons to not trust you, dismissing their ideas, calling them out on their shit, getting in their face.

SAGITTARIUS: Pushing them around, effing up the second chance they gave you, exploiting them, invading their privacy, being a hypocrite.

AQUARIUS: Bringing unnecessary confrontation, not letting them do things their way, not giving them room to breathe, trying to change them, telling them their beliefs are silly.

PISCES: Making them feel like their emotions and feelings are unimportant, making them feel alone, being fake, telling them to grow up”, manipulating them.