Procedural Memory: What It Means And How It Works 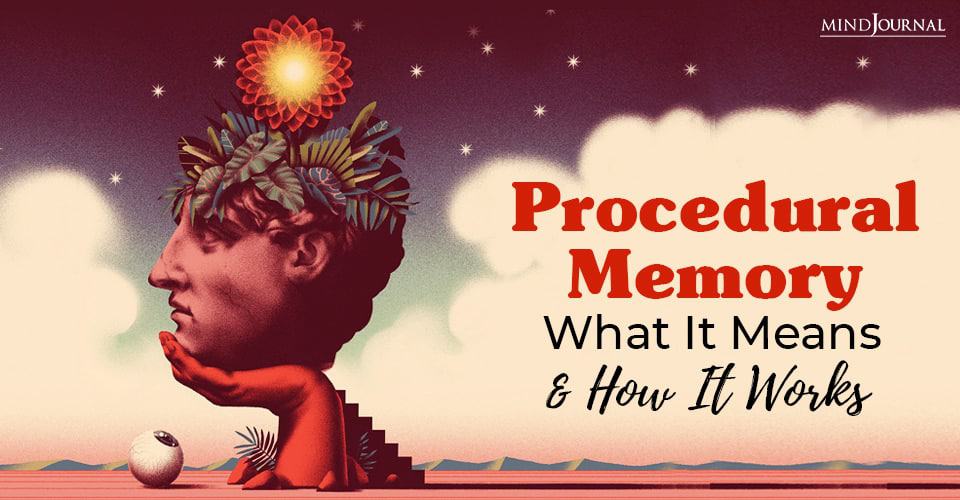 It can also be addressed as implicit memory, automatic memory, or unconscious memory. Your implicit memory takes into account your previous experiences to remember things, without consciously thinking about them. Understandably, it is different from explicit memory or declarative memory that involves events and facts, that can be consciously stored, and recalled when the time comes.

Related: What Type Of Memory Do You Have? – Psychological Test

Your procedural memory starts to develop at a very early stage in your life, most notably, when you learn to walk, talk, play and eat. With time, these activities and memories get entrenched in your brain, so that after a point, you don’t have to consciously think about doing it. You don’t have to think about how you should perform these activities, because you are able to do them effortlessly.

Now, displaying these activities are the easier part; elucidating where and how you learned these is honestly, the hard part. In most cases, these skills are learned in childhood, namely your formative years. Learning how to talk and walk are great examples because once you learn these, you won’t forget doing them all of a sudden. You don’t have to constantly remind yourself that you need to do this, or how you should do it.

Athletes, sportspersons, and musicians are deemed to be the best when it comes to using their procedural memories to the fullest. This is also crucial when it comes to learning a language, as it helps you to speak fluently, without sparing too much thought towards syntax, grammar, and other technicalities; you just know how to speak in the correct way.

How are they really formed?

When connections are formed between the synapses of your brain, and the gaps at the ends of your neurons allow the brain signals to pass smoothly, it is then that your procedural memories are formed. The more you perform an action, the more signals your brain sends through the synapses. And with time, these synaptic routes start to get stronger, and the actions gradually become automatic and unconscious.

From a neurological point of view, when it comes to the development and maintenance of your procedural memories, a ton of brain structures come into play. Your limbic system is responsible for the coordination of several processes centered around learning and memory. And your cerebellum is responsible for proper motor skills and synchronizing movements that are needed for activities like writing, drawing, sculpting, painting, and the like.

What is the difference between Declarative Memory and Procedural Memory?

Procedural memory is a kind of implicit memory, and these implicit memories are formed without putting in too much effort AKA, unconsciously. When after a point, the lyrics of your favorite song keeps on playing in your mind and stay stuck there, that’s your procedural memory in action. You did not really put a lot of effort into remembering the lines, did you? Nor did you sit and memorize every line. Listening to the song in the background while you do your daily work, is a useful example of your implicit memory forming.

Conversely, declarative memories are those memories that you need to intentionally and actively remember, for which you have to put in some effort to do so. Known as explicit memory too, this kind of memory includes things like remembering the date and time of a doctor’s appointment, a friend’s home address, the recipe of a complex dish, and information for an exam.

Interestingly, declarative memories can be explained whereas procedural memories are more challenging in that aspect. Helping someone with the directions to the shopping mall is comparatively easier than teaching someone how to ride a motorcycle.

Does age affect Procedural Memory in any way?

According to research, procedural memories tend to remain untouched and unimpaired with age; just because you are growing older, that doesn’t necessarily mean that your implicit memory will be affected to a large extent. Even though older people tend to perform activities less quickly than their younger counterparts, they do have the comparable ability to develop and polish those procedural skills.

The psychology behind Procedural Memory

Many researchers believe that a person’s procedural memory can help shape their character. The theory is that learning some specific emotional responses and behaviors leads to them becoming automatic responses in certain circumstances. This helps in reinforcing and developing good, healthy habits, but at the same time can also contribute to building bad habits too.

Any sort of damage and injury to the basal ganglia and cerebellum can severely affect your procedural learning. Studies have shown that in people with brain injuries, declarative and procedural memories seem to be managed by different parts of their brains.

Related: What Is Brain Fog? Causes and Tips To Get Rid Of It

So, that’s all about procedural memory, and how it works. Let us know your thoughts in the comments down below! 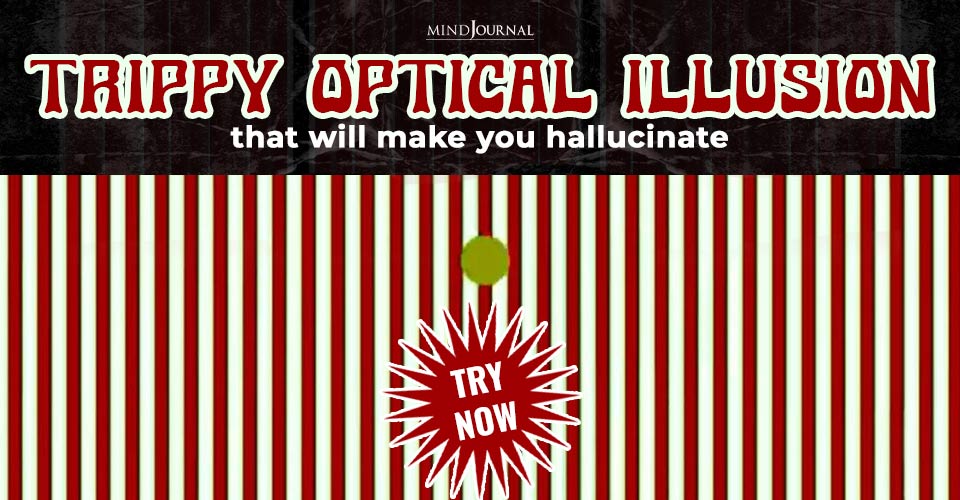