Can We Inherit Trauma Genetically? 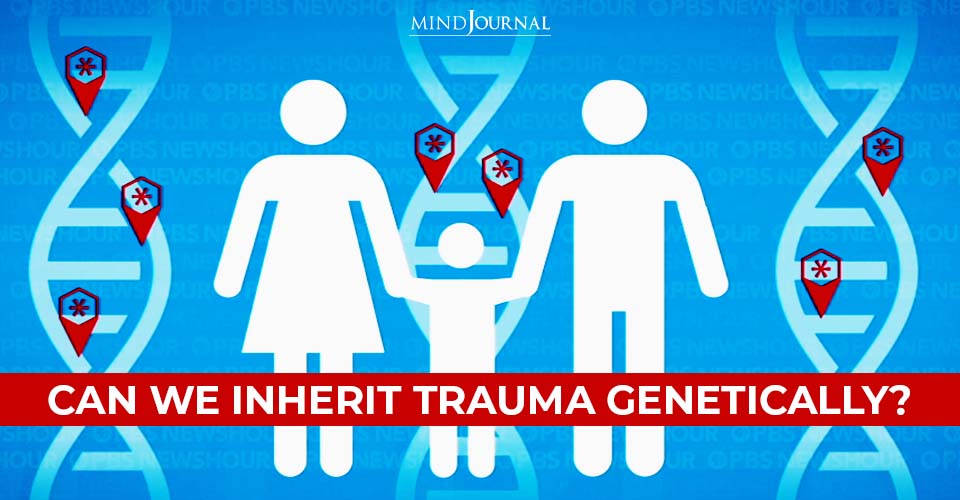 Dr. Rachel Yehuda, Director of the Traumatic Stress Studies Division at the Icahn School of Medicine at Mount Sinai in New York City, conducted a 2015 study on the children of 40 Holocaust survivors.  She found that they had epigenetic changes to a gene linked to their levels of cortisol, a hormone involved in the stress response. She also found a distinctive pattern of DNA methylation, another epigenetic marker. The study concluded that both parents and unborn children were affected on a genetic level.

While much of Yehuda’s work has focused on the children of Holocaust survivors, she also observed that infants born to mothers who were pregnant on 9/11 had low cortisol levels, which were associated with the presence of maternal PTSD. Again, more evidence for the theory of epigenetics. Even still, she says it is “premature” to conclude that trauma can cause heritable changes and worries that research may create a bleak narrative that one generation’s trauma may permanently scar future generations.

There’s Evidence in Other Animals, Too

“The proof may be in the worm,” shared Mason. Hmmm. Let’s explore that one. No one would argue that decaying organic matter and rotten fruit makes for a rich trove of bacteria. In other words: a good meal for the nematode worm.

But some harmful bacteria lurk in that rotting bounty, which make for a lethal meal when ingested. Unfortunately, the worms can’t always distinguish the good (nutritious) bacteria from the bad until it is too late. Still, this doesn’t stop the worms from gobbling down all of the bacteria.

What’s interesting, though, is that Princeton University researchers noticed that before the worms die from ingesting the harmful bacteria, they often lay eggs. Odd timing, right? Well, even stranger is that these offspring consistently avoid that specific bacteria—exhibiting what is known as pathogen avoidance—a behavioral trait the mothers learned at the very end of their lives. These findings, published in Cell in June 2019—show that this learned behavior can be transmitted to the worm’s offspring through the fourth generation, giving them an edge in survival via an epigenetic mechanism involving RNA.

Now, that’s some pretty convincing evidence for the epigenetic argument that we can inherit trauma genetically. And, there’s more. Other research in mice has found that parents exposed to toxins, altered diets, or challenging environments have offspring that show behavioral changes, weight gain, and can impact the brain development of offspring.

Where Does That Leave Us With COVID-19?

Much of this research on inheriting trauma is incredibly compelling, but until more studies are done on the intergenerational effects of trauma, we have to wait to tease out all the possible implications.

Could the current COVID-19 pandemic and the extreme stress it is causing the world-at-large cause epigenetic changes to offspring? It’s possible, but only time will tell.

Let us know what do you think! 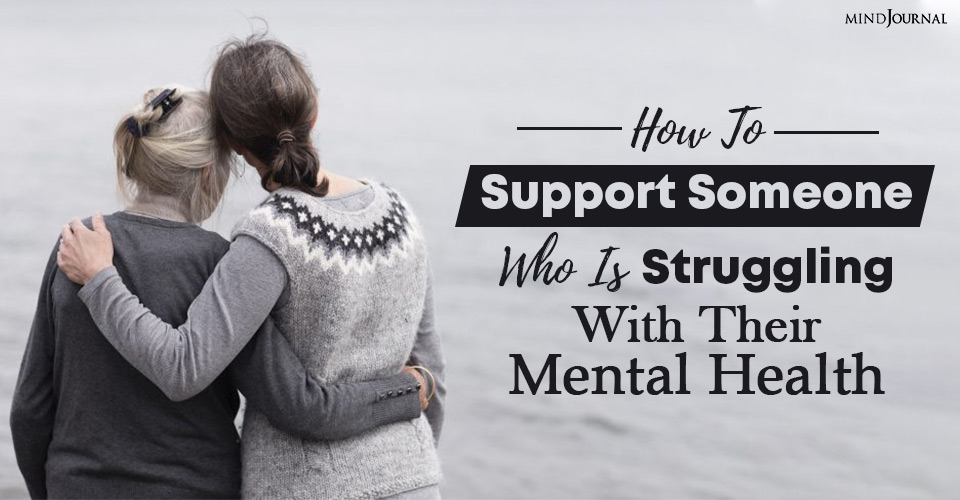 Never give up on someone with a mental illness. When “I” is replaced by “We”, illness becomes wellness. 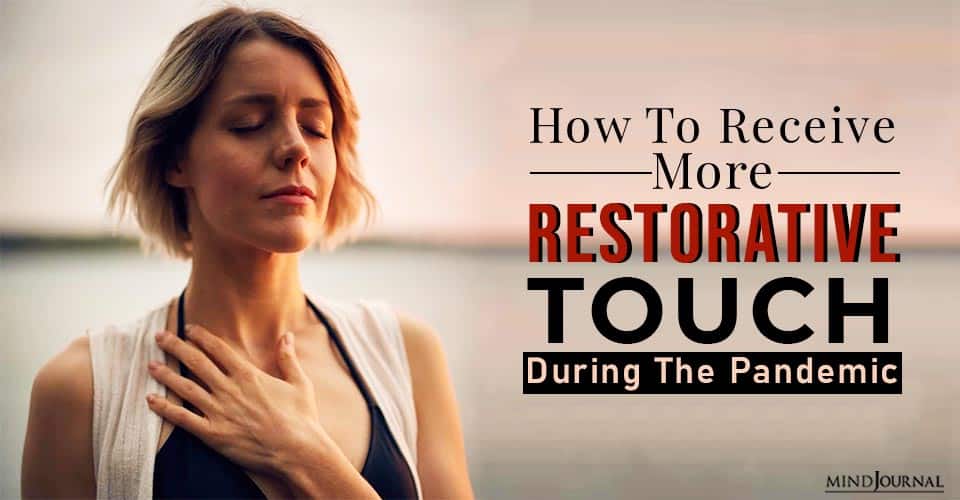 How To Receive More Restorative Touch During The Pandemic

Be loving to yourself during a touch-deficient time, and nurture your sense of your own touch as much as you can. 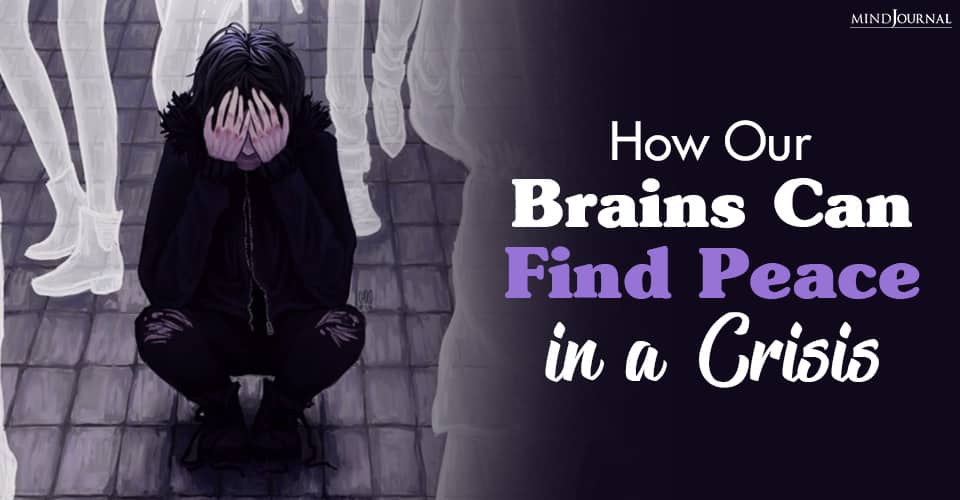 How Our Brains Can Find Peace in a Crisis

Psychologist Rick Hanson discusses how to strengthen our capacity for wisdom, peace, and enlightenment. 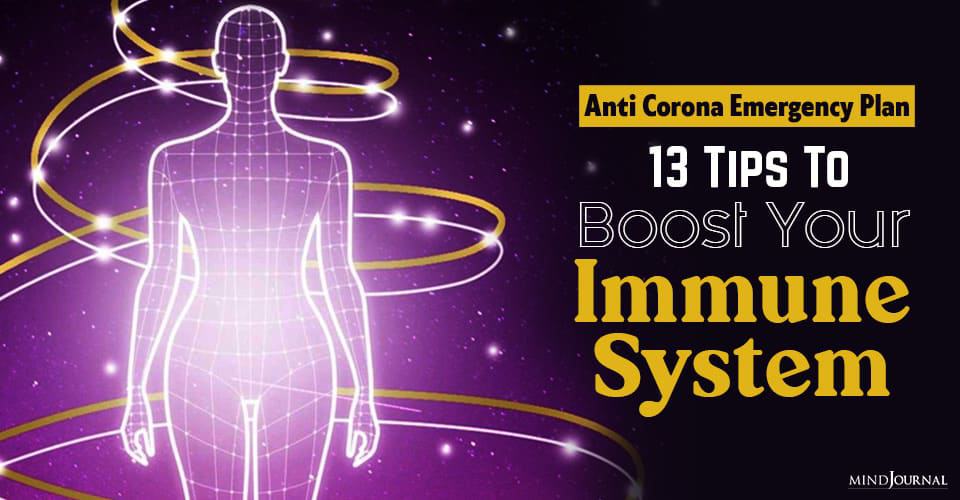 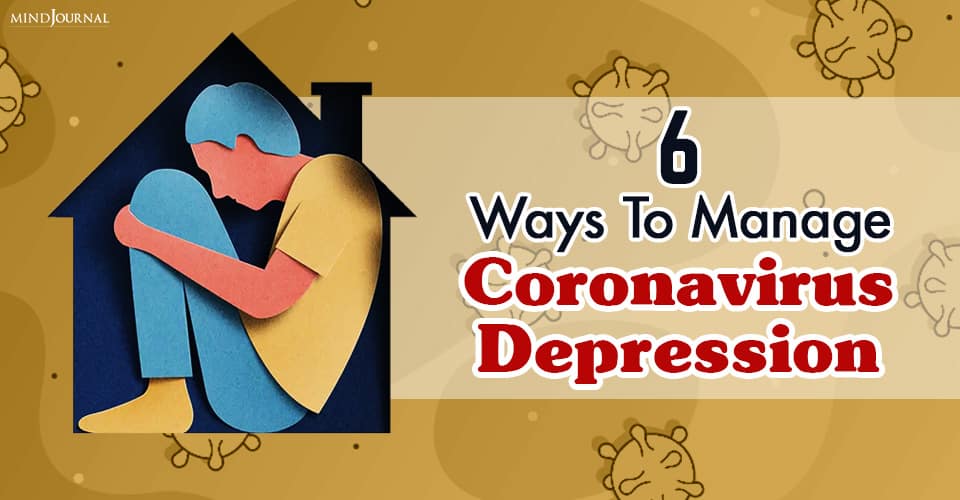 Knowing what depression looks like and how to manage it can help prevent you from slipping into dark moods. 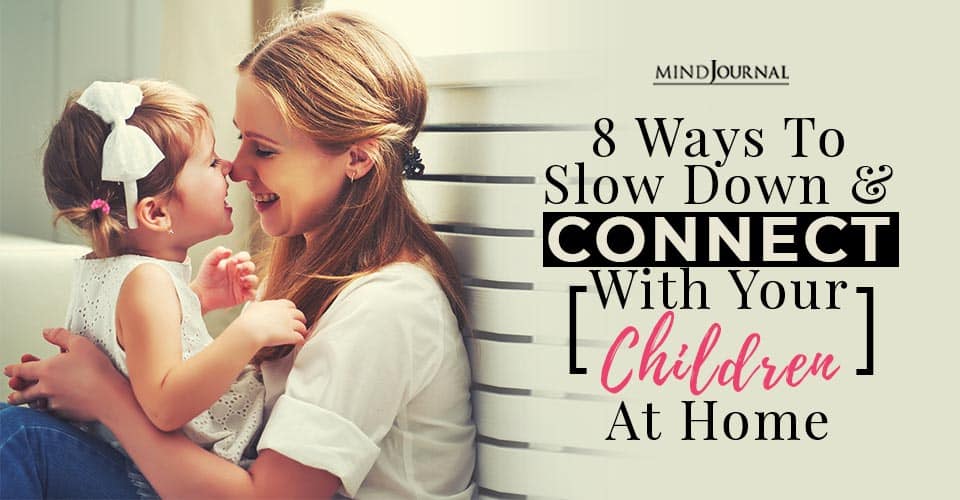 Being at home with your children under one roof can be challenging, but amidst a pandemic with the added strain can be really stressful! 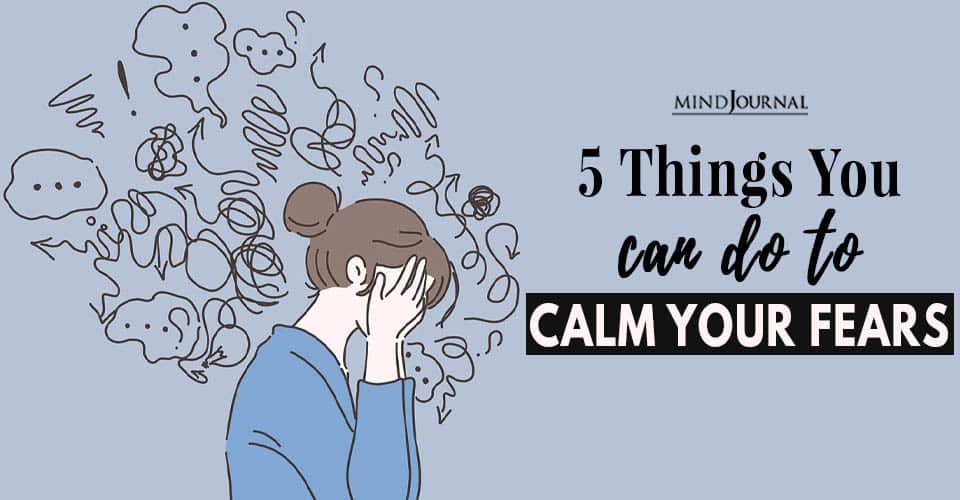 5 Things You Can Do to Calm Your Fears Now

These 5 things are practical solutions. They’ll help you shift your thoughts from racing fears to a calmer you. 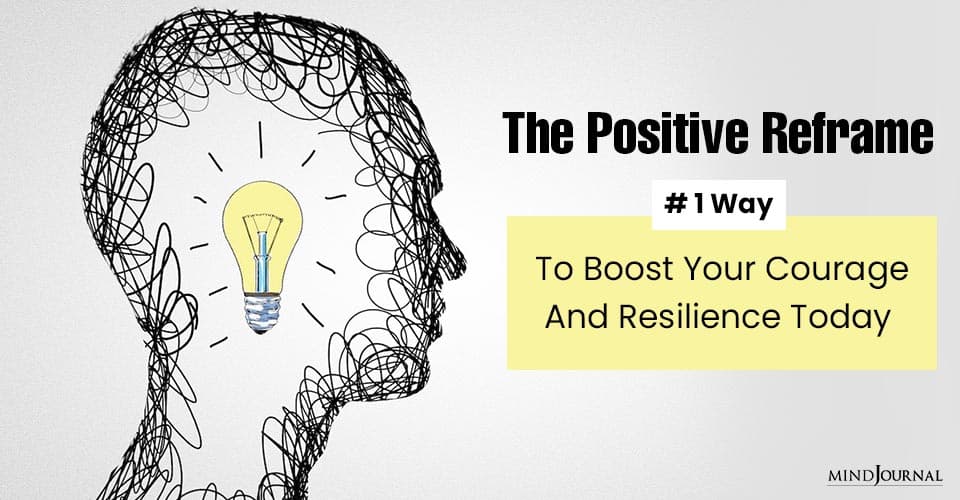 The Positive Reframe: #1 Way To Boost Your Courage And Resilience Today

“Everything can be taken from a man but one thing; the last of the human freedoms — to choose one’s attitude in any given set of circumstances, to choose one’s own way.” 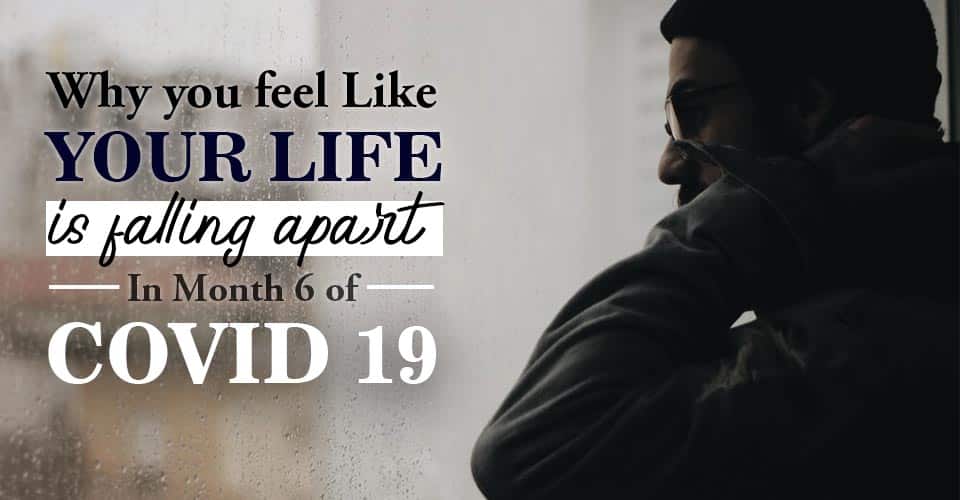 Even the most resilient of us are struggling right now. 5 reasons why you feel like your life is falling apart in month 6 of Covid-19. 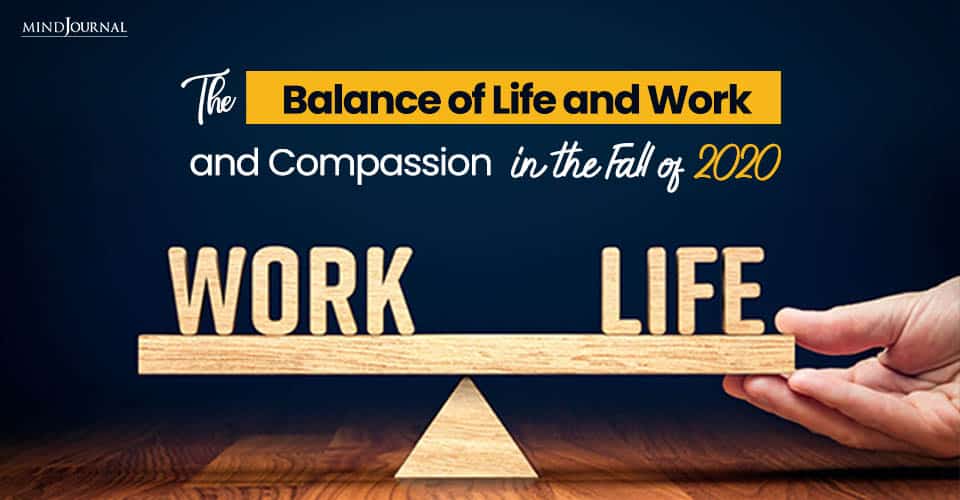 What does compassion tangibly look like? Here are few possibilities to try: 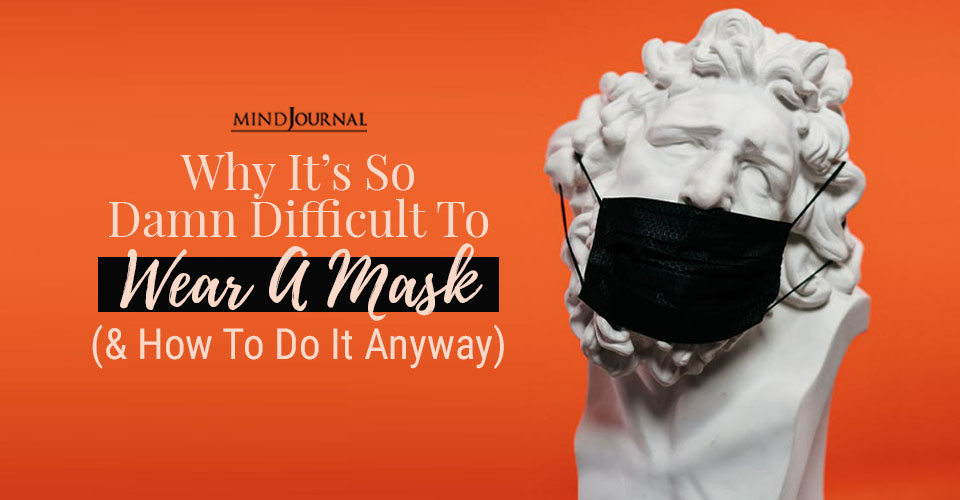 Research has repeatedly shown that doing hard things for others (rather than for yourself) predicts positive behavioral and mental health outcomes.