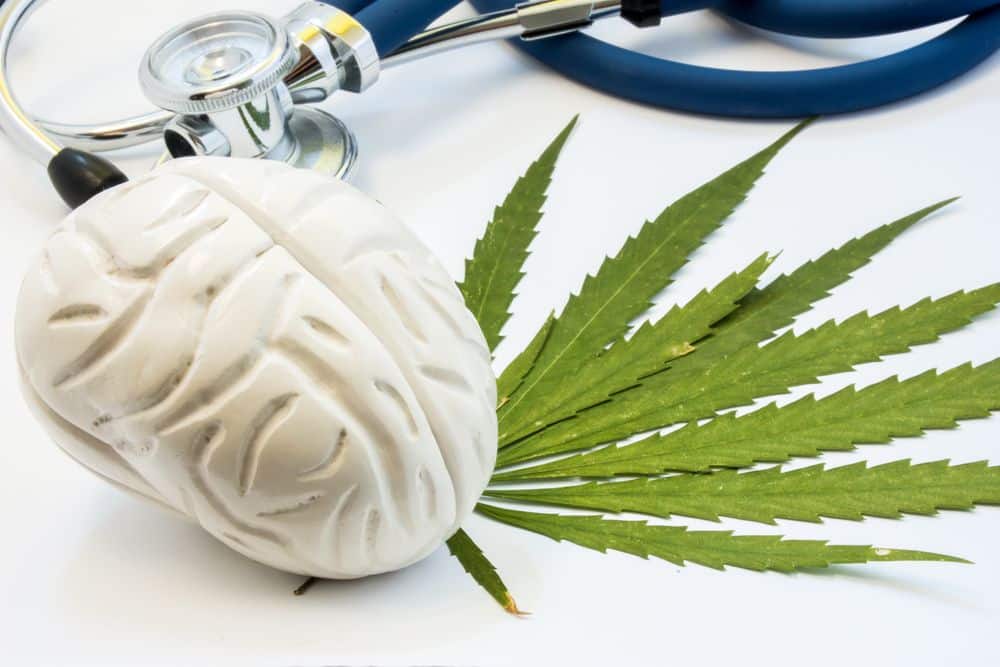 Mental health is one of those fields that still elude doctors and researchers. Unlike bodily illnesses like flu or sore throats that potentially have effective treatments, those that attack the brain, like anxiety disorder or depression, aren’t necessarily easily treatable. Symptoms may linger the rest of a person’s life, even after the worst is over.

The ideal way to deal with mental disorders is proper management, generally consisting of medications and therapy, depending on the individual. While it may be a long road to wellness, it carries far fewer risks than invasive brain surgery (reserved for the most severe cases). There are also plenty of studies on new drugs and therapeutic methods that may see widespread adoption in the future.

One potential treatment has caused quite the stir in the scientific community and the general public: medical cannabis. Several studies have discovered its potential to treat mental disorders due to its mind-altering properties, specifically the hundreds of cannabinoids it contains.

So, is medical cannabis a boon or bane to managing mental health? The answer isn’t as straightforward as you may think. Before anything else, it’s crucial to know how it affects your brain.

Your Brain on Medical Cannabis

Cannabis doesn’t refer to just one plant but a genus of plants with psychoactive properties. Experts believe there are currently over 700 recognized strains, but most normally fall under three known groups: cannabis sativa, cannabis indica, and cannabis ruderalis. If you’re looking for cannabis seed banks, go to www.hempforfuture.com since they offer strains from all three groups and more.

Regardless of the strain, cannabis contains mind-altering compounds known as cannabinoids. Your body has a built-in system designed to respond to cannabinoids, primarily located in the brain. The compounds attach themselves to receptors in the neurons, influencing how they communicate with one another.

Here’s where the downside of medical cannabis use comes into play. While your body can handle the information passed from one neuron to the next, certain cannabinoids like tetrahydrocannabinol (THC) throw the entire system off balance. THC can cause a delay in the transfer of information, resulting in a series of effects ranging from a slow reaction time to impaired memory. There’s also a real worry about its potential for abuse if fully legalized, namely among teenagers.

Other compounds like cannabidiol (CBD) don’t have the same interfering effect as THC, which is why it’s less likely to get you “high.” Because of this, many producers prefer adding CBD to their food and non-food products.

For the reasons stated at the start of this piece, medical cannabis has been the subject of debate for decades. Efforts at legalizing cannabis on the state level have been slow at best, while it’s inexistent on the federal. Despite the conversations, the jury’s still out.

The Food and Drug Administration (FDA) hasn’t approved any cannabis-based food and non-food items in the market. While it’s aware of the potential to treat various diseases, it maintains that the agency hasn’t approved a marketing application for cannabis. However, it has approved four drugs containing cannabis or a synthetic derivative:

No cannabis-based consumable in the market currently has FDA approval.

It’s also worth noting that some studies that looked into cannabis for treating mental disorders can be conflicting. For example, while studies have shown that CBD won’t get you “high” like THC, how “high” you can get still depends on more factors like dosage and frequency. Think of it like wine; one glass may be healthy, but downing an entire bottle in a short period is asking for trouble.

The relationship between cannabis and the human body has been complicated, at best. Some people may suggest it to be effective in managing their mental health issues, while others have had their mental struggles exacerbated by it. Many studies into medical cannabis actually suffer from methodology issues, namely not taking into account other related stimuli like intoxication or unemployment.

Given the literature available, there’s no denying its potential. It has been used in reducing chronic pain, while some users stand by their claims that it helped with their post-traumatic stress disorder. But as it stands, the gap that future research needs to fill is still too huge to be conclusive. There’s no way to be entirely sure, at least for now.

The occasional user may find medical cannabis safe and helpful in coping with mental aches and pains. But it might not be a good fit for those with a history of addiction or whose reason for using is to escape difficult emotions. It pays to give the issue a closer look now and then to avoid getting swept up by the hype.