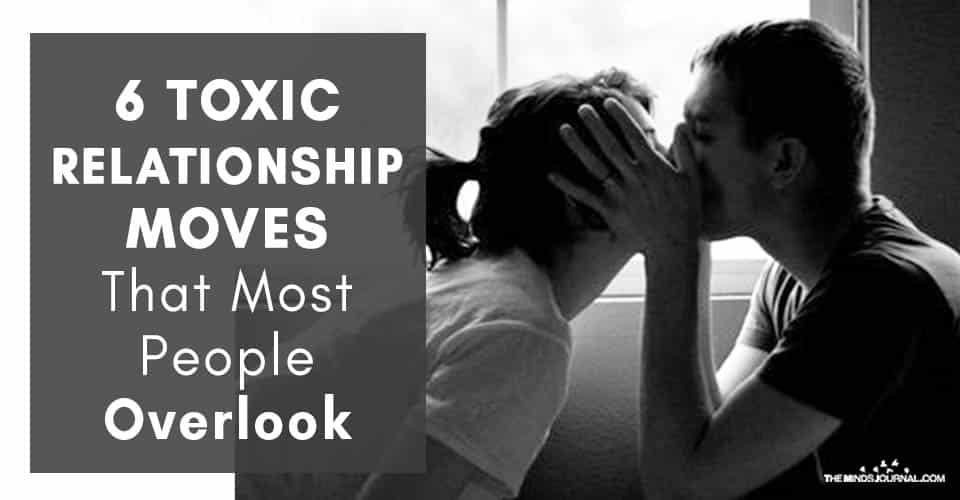 “That’s when I finally got it. I finally understood. It wasn’t the thought that counted. It was the actual execution that mattered, the showing up for somebody. The intent behind it wasn’t enough. Not for me. Not anymore. It wasn’t enough to know that deep down, he loved me. You had to actually say it to somebody, show them you cared. And he just didn’t. Not enough.” ~ Jenny Han

Relationships are hard sometimes, and this is especially true when they’re toxic. And many of us didn’t grow up with a great example.

So, unless your parents had a great relationship and made a point of teaching you the tricks of the trade, you’ve had to go it alone – and you might not have had the best luck in relationships up until now.

If you’re anything like me, you’ve learned the hard way that just “winging it” isn’t always the most effective way to learn something as important and potentially life-changing as relationship skills.

Toxic people are known to use several techniques for dealing with relationship conflict that can appear to be effective but are in fact the opposite.

These techniques ultimately serve the purpose of making us feel better in the short-term at the expense of the long-term prospects of the relationship.

If your relationship involves the following behaviors, you might love a toxic person.

1. Using gifts to fix everything.

Get caught having an affair? Take your partner on a tropical vacation. Are they mad at you for allowing your mother to move in without a discussion? Let them get that sports car they’ve always wanted. Covering up relationship issues with money and exciting diversions doesn’t last. The same problem comes back, only a little stronger next time.

Related: 5 Ways To Avoid Toxic Relationships and Find Meaningful Ones

2. Relying on hints as an effective form of communication.

Sometimes, your partner won’t get the message. Other times, they get the message but resent that you’re dropping hints instead of stating your desires directly, and when they’re toxic, they’ll often pretend not to “get it” or blatantly ignore the truth when it’s convenient for them. In a healthy relationship, both partners should take responsibility for their wants and needs and state them clearly. If you feel afraid to do this, you might be dealing with an abusive narcissist.

Only the most insecure people would tolerate this tactic for long. When someone threatens to end the relationship as a way of getting what they want, they destabilize the relationship. This is a soul-destroying toxic relationship move. It puts the other person on notice that they can’t do anything wrong without the possibility of being abandoned. Using drama to get your way increases the intensity and frequency of drama in the overall relationship. Sure, this behavior might help your partner get what they want in the short-term, but there is a huge price to pay – and it’s you who will be paying it. Don’t tolerate this!

This is another way your partner might be dropping hints in order to manipulate you, only the hint is less clear, and you’re being punished in the process. Rather than telling you what they want or need from you, they choose to punish you and make you guess what’s wrong. It’s unhealthy and it puts your partner in a position of unearned power and entitlement. It pushes you into a place of almost servitude.

Watch out this video to know about healthy and u unhealthy love:

You’re familiar with this one. You screwed up by not attending your partner’s last softball game, so they use this as an excuse to skip out on the barbecue with your family. Whenever someone is using past negative events (or even exaggerating and embellishing on not-so-negative events) as an excuse to behave poorly or to in some way manipulate you, you will resent them. And on the other side of this coin, your partner might be keeping track of their so-called good deeds and refusing to do anything else for you until you’ve somehow evened the score. Clearly, this doesn’t create an environment that fosters genuinely healthy relationship growth. Drop him or her when you see this surefire toxic relationship move.

6. Failing to take responsibility for their own happiness.

Click here to take our toxic relationship test right now and find out. 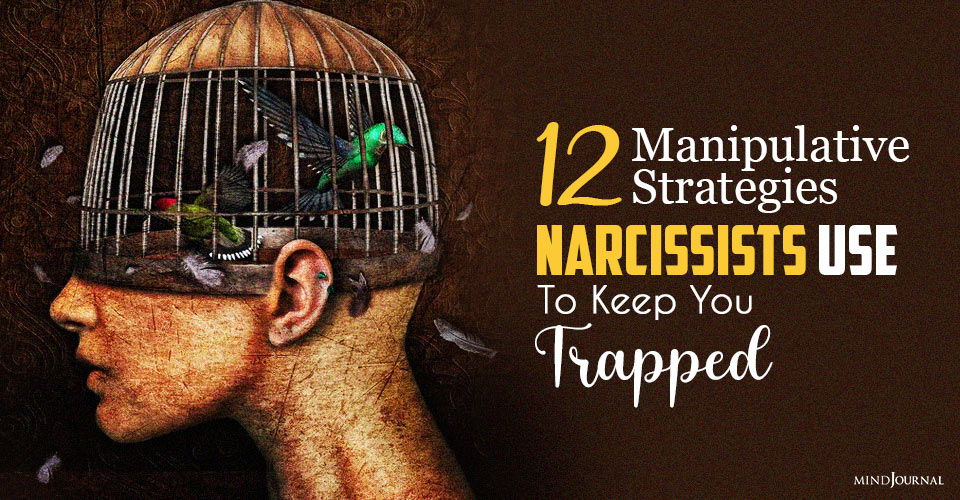 12 Manipulative Strategies Narcissists Use To Keep You Trapped

Here are 12 manipulative strategies that narcissists use to keep you trapped in a relationship with them. 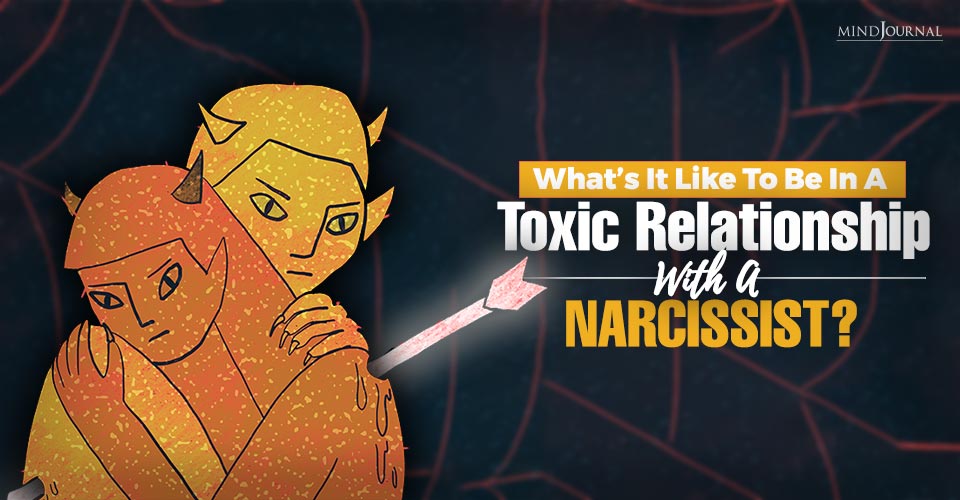 What’s It Like To Be In A Toxic Relationship With A Narcissist?

Do you know how it feels to be in a toxic relationship with a narcissist? Have you experienced narcissistic abuse? And can you recall the first time you really started to realize that something wasn’t right? It’s this ache in your gut, that one stray tear you can’t control and as it rolls down your face, it almost burns. It’s like your body gets it before you do, somehow.