If Your Man Says Any Of These 9 Phrases, It’s Best For You To Part Ways 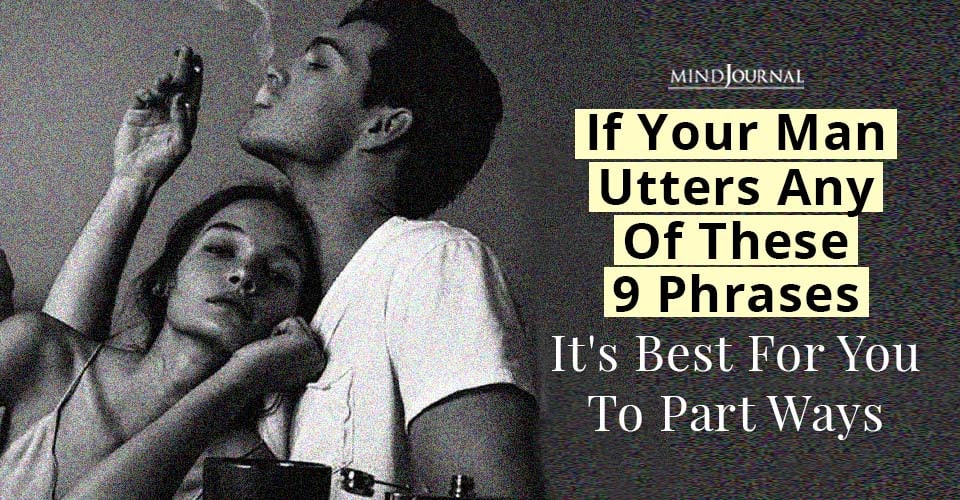 It may very well be “him.” His past relationship issues. His Addiction. His fear of hurt. His life, college or job or family commitments.

Let him take his excuses and go. If he figures out his issues and decides that you’re a “me” he’d like to be with, great! But otherwise, keep on walking.

Related: Our Generation Has Ruined Love With These 4 Excuses

Alright, let’s assess. Some space may be what he needs in order to think about what he wants and it’s not always a cop-out.

Don’t write him off yet, but if he’s constantly asking for space it’s because he doesn’t want to commit to you and doesn’t love you.

Or, he’s got major issues. If he has issues, let him work on those. You can’t fix him.

Eye roll. This is a major excuse that you aren’t the one. And really, if he’s sitting there crying over his ex, nobody will be the one.

He’s too busy soaking in his own misery to enjoy his life. Say bye to this tearful Tom!

Related: How to Avoid the Pursuer-Distancer Pattern in Your Relationship

If he just met you recently and is slow to start up, that’s okay. He’s worth being patient for. However, if it’s been years and he still has this little excuse, cut it off.

Don’t be one of those people who dates someone for ten years waiting for engagement, never to be asked. He doesn’t love you or he’s a chronic bachelor.