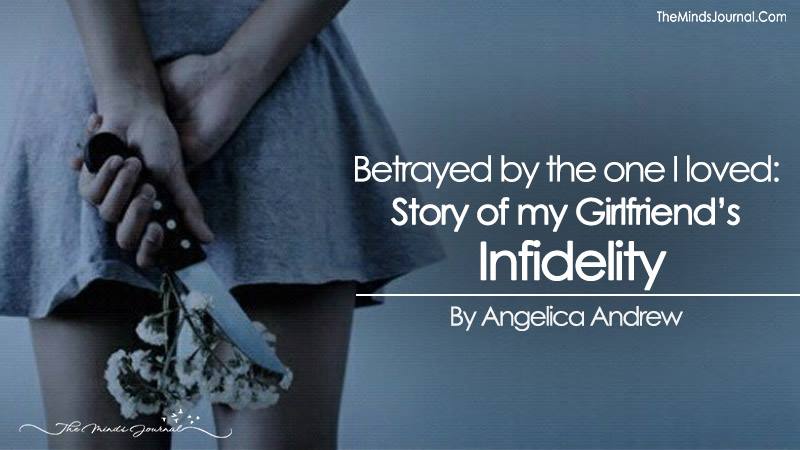 There are plenty of women who seek emotional and sexual satisfaction outside their relationships. There are studies that clearly show women have affairs as often as men.

Why is Female Infidelity Rising?

Well, what can we say? The internet has made it easier to find a better or a different partner. More women these days have jobs and as they look forward to making careers and meeting a new partner in this process has become easy.

Another reason is economics. Women these days are filling the role of the breadwinners and they don’t need a man for the things they needed one before. Hence why they feel easier to take chances.

One major cause of infidelity in women is their need for emotional bonding. Men don’t have this need genetically. After being dissatisfied with something, women are now feeling justified to go elsewhere.

Of course, people cheat for all sorts of reasons; it can be boredom, revenge, emotional fulfillment, sexual desire, life crisis and more. Research has clearly suggested that women are prone to affairs as much as their male counterparts, so why does is it so that we hear fewer stories of female infidelity?

I would like to mention here that women are not the only one who is traumatized by the infidelity of their partner. Men feel betrayed too and this betrayal can be devastating.

We men go through a different emotional turmoil.I am sharing the story of my girlfriend’s infidelity in solidarity with all the men out there who have been heartbroken but they never expressed their feelings.

So, my girlfriend was exactly the person I wanted: beautiful, caring, smart and faithful. At least that’s what I thought she was before she cheated on me. When the damage was done, like any normal human being I was going through a wide range of confusing emotions and a strong sense that I cannot trust anyone anymore. Anger would rage inside me all the time.I used to wonder how could this happen to me. Over the time, I realized I am not alone.

Let me tell you how it all began. We were in a relationship for the past 3 years. I never mistrusted her once. It was a few months back when I started observing a change in her behavior.Whenever we are together, she always tried to hide the screen of her phone. She kept her phone to an angle where I couldn’t see.

I kept ignoring it but it started bothering me when I noticed she is being too attached to her phone. Whenever I tried to grab her phone, she went a little crazy. Also, I started noticing she was slowly showing less interest in what I am saying. We even stopped seeing each other during the weekdays and our meetings were fixed to weekends only and that too for a few hours.

I talked about these changes to one of my close friends. He suggested me to use a girlfriend spying app . At first, it seemed crazy, but when she started avoiding me even on the weekends, I had no choice.

I sneaked into her apartment to install the app on her Android phone. It was a scary move but I did what I had to too. She wasn’t really tech savvy so there was no way she could find out about this girlfriend spying app. Plus, it works in stealth mode so that wasn’t a problem at all.

When I started monitoring her messages, I was shocked to find out she’s involved with some other guy. I looked into her text messages as well as the media shared. It was hard for me to believe that an innocent soul like her could do this.

The shocking thing for me was that the guy she was seeing already knew she was in a relationship with me. She had plans of dumping me. The messages that I viewed clearly explained that they had been sleeping together as well.

The next when we met, I made it clear to her that I know she is seeing someone else and we should part ways. I never mentioned the girlfriend spying app though. I died a little inside when she wasn’t even sorry for what she did. How easily she chose someone else over me and how easily she forgot all the good times we had!

The story isn’t as devastating as it seems but the kind of emotional stress that I went through is unexplainable. I was serious in the relationship as I already had proposed to her and she even said yes.

It has been 8 months since the breakup and I would confess that every single day for me was full of anxiety. I couldn’t get over the fact that she cheated on me.

Tips to Heal from Infidelity

It took me a lot of time to realize that I wasted my days on somebody who did not deserve me. There are some things that I would like to share with all men out there who had to go through the same pain as I did. Here they are:

Forgive her and move on

It may take some time to reach the stage of forgiving her especially when you know that she is not even sorry for what she did. Nevertheless, you have to be the bigger person. Don’t contain the feelings, let them go because the earlier you do so, the faster you will heal.

Don’t go after her, don’t stalk her or send her text messages.  If she doesn’t want you back, you shouldn’t be wasting your time on her either. Forgive her whenever your inner voice tells you to.

Try to figure out why she did what she did

First thing’s first, don’t blame yourself for everything. It’s still her fault that she cheated. But it’s true too that it takes two to tango so maybe there was your share of fault in the infidelity too. Maybe you went from a caring boyfriend to a workaholic boyfriend. It can be an opposite case too. Maybe instead of focusing on your life goals, you became too clingy on her.

If possible, talk to her to figure out where things went wrong. Learn from your mistakes and make sure it doesn’t happen later on in your life.

Look for the positive end

I know you may be highly devastated but instead of taking this betrayal as the end of your love life, consider it the first step towards something better and new. Life is short, so go ahead and enjoy the company of different people. Yes, you loved her and maybe you still do, but sometimes, a change is what all it takes for you to experience something new. Don’t forget to leave some room for the right one. You deserve someone better.

There is no golden rule to how you should act in situations like these. Don’t listen to anyone who can confuse you. Only take a decision when you have processed fear and sadness.