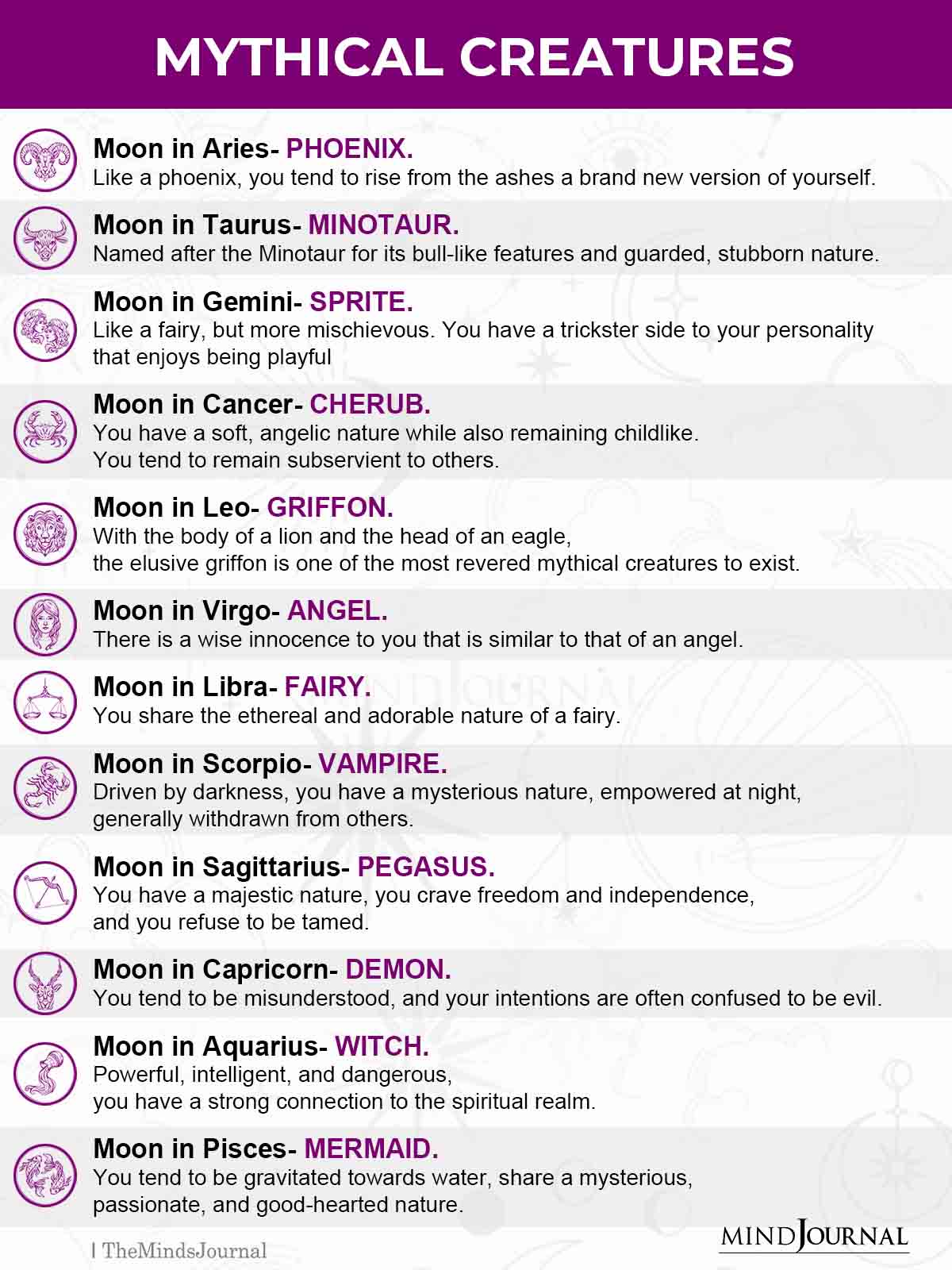 Moon in Aries– Phoenix. Like a phoenix, you tend to rise from the ashes a brand new version of yourself.

Moon in Taurus- Minotaur. Named after the Minotaur for its bull-like features and guarded, stubborn nature.

Moon in Gemini– Sprite. Like a fairy, but more mischievous. You have a trickster side to your personality that enjoys being playful

Moon in Cancer– Cherub. You have a soft, angelic nature while also remaining childlike. You tend to remain subservient to others.

Moon in Leo– Griffon. With the body of a lion and the head of an eagle, the elusive griffon is one of the most revered mythical creatures to exist.

Moon in Virgo- Angel. There is a wise innocence to you that is similar to that of an angel.

Moon in Libra– Fairy. You share the ethereal and adorable nature of a fairy.

Moon in Scorpio– Vampire. Driven by darkness, you have a mysterious nature, empowered at night, generally withdrawn from others.

Moon in Sagittarius– Pegasus. You have a majestic nature, you crave freedom and independence, and you refuse to be tamed.

Moon in Capricorn– Demon. You tend to be misunderstood, and your intentions are often confused to be evil.

Moon in Aquarius– Witch. Powerful, intelligent, and dangerous, you have a strong connection to the spiritual realm.

Moon in Pisces– Mermaid. You tend to be gravitated towards water, share a mysterious, passionate, and good-hearted nature. 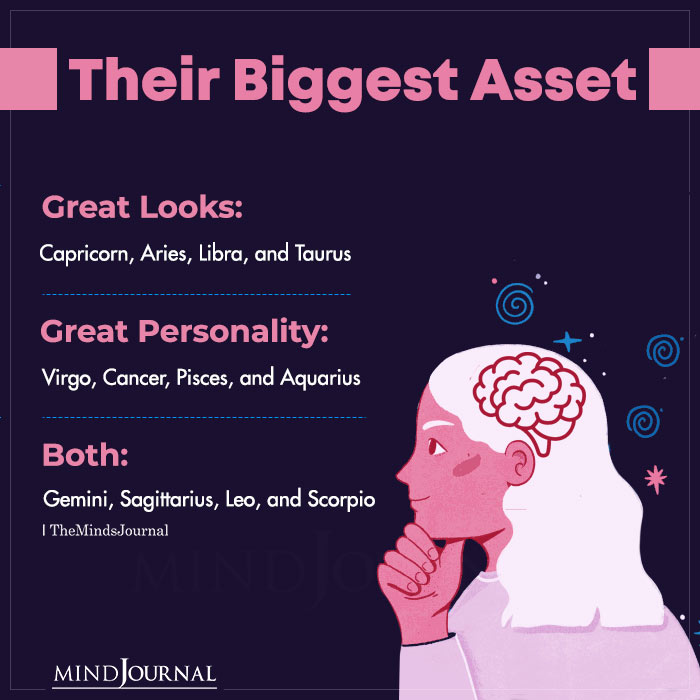 Zodiac Signs And Their Biggest Asset

Brain and beauty, some zodiac signs have one, while some have it all. 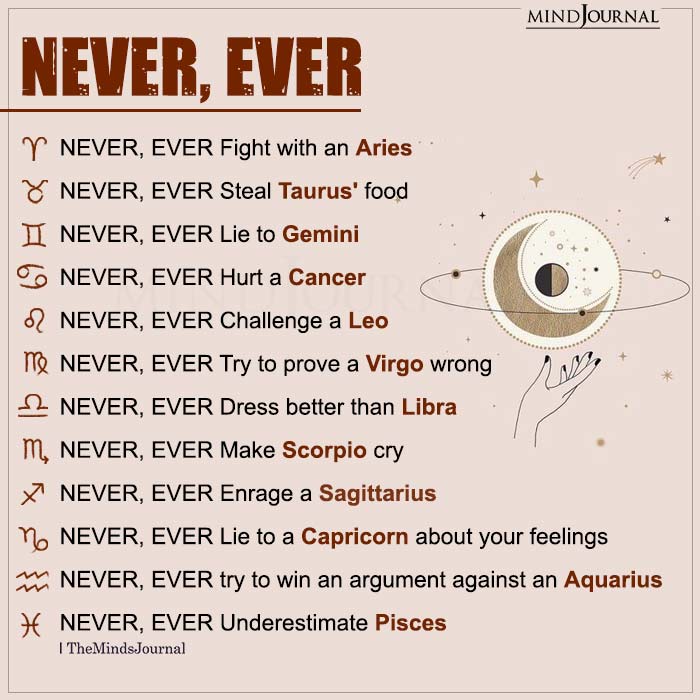 Never Ever Do These Things To The Zodiac Signs

Things you should NEVER do to these zodiac signs. 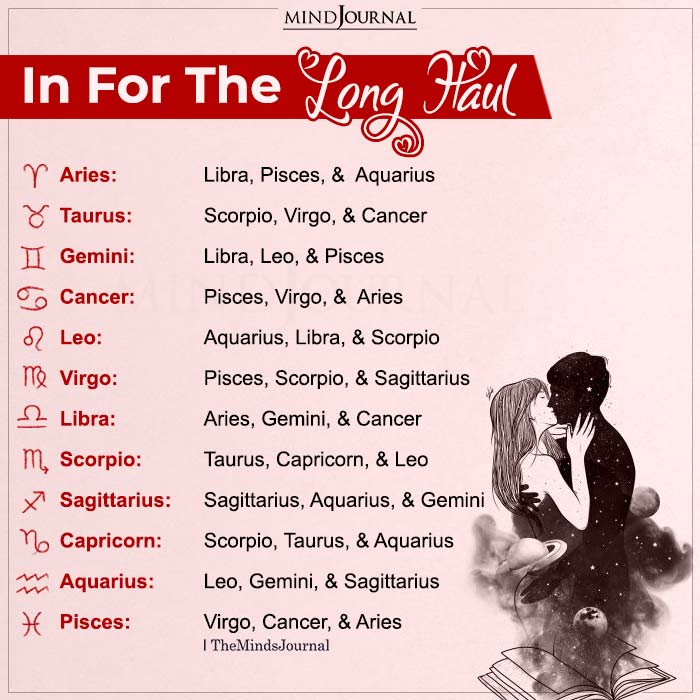 Zodiac Signs Who Are In For The Long Haul

These are most compatible partners for a long-term relationship, based on their zodiac signs. 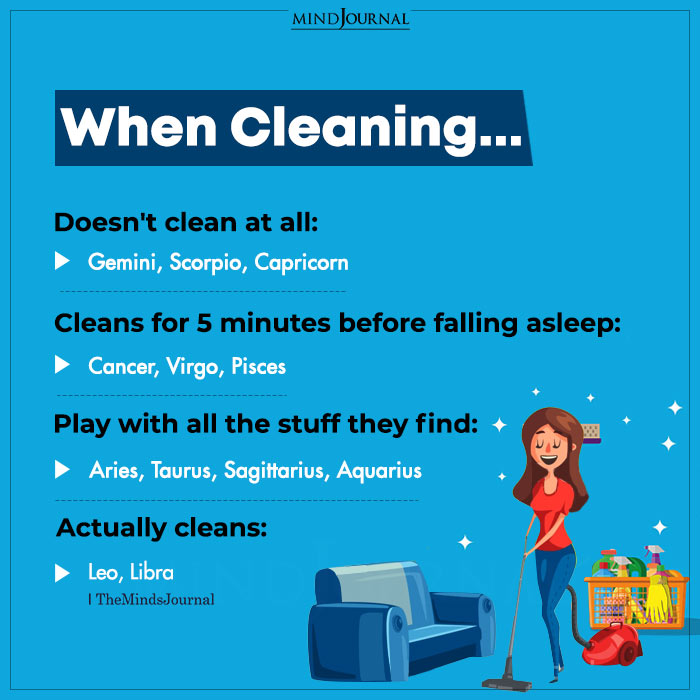 The ultimate ranking of zodiac signs from messy to neat. 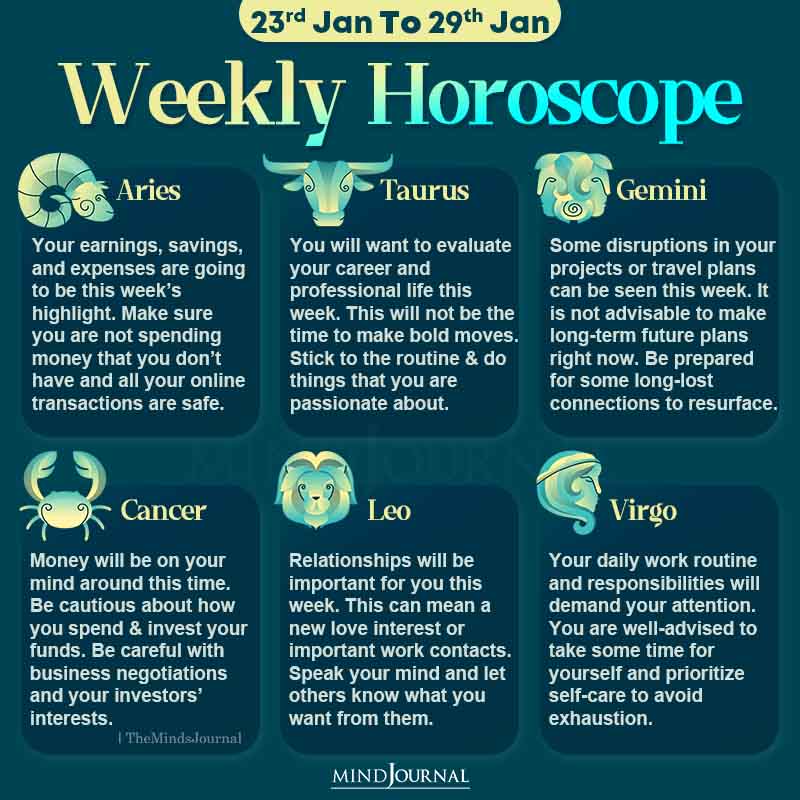 Aries: Your earnings, savings, and expenses are going to be this week’s highlight. Make sure you are not spending money that you don’t have and all your online transactions are safe. Taurus: You will want to evaluate your career and professional life this week. This will not be the time to make… Read More »Weekly Horoscope For Each Zodiac Sign (23rd Jan to 29th Jan) 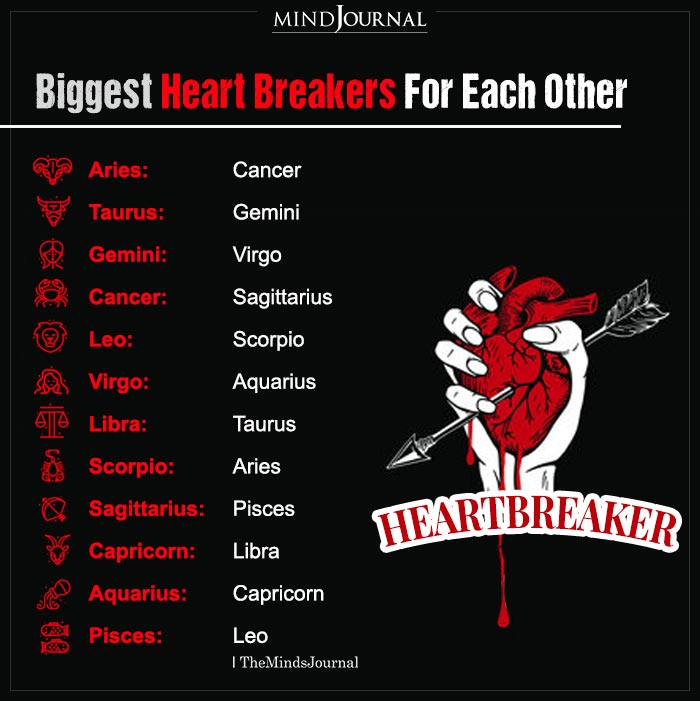