Positive Programming Of The Soul And Self 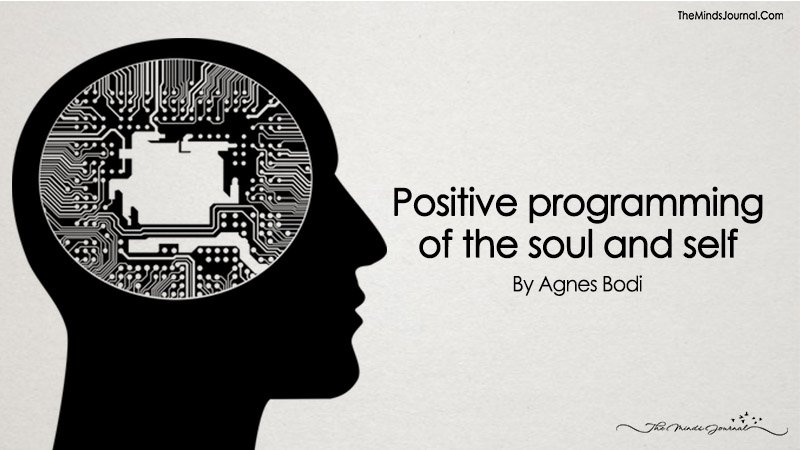 We call positive programming the process through which older souls are capable of implementing positive beliefs on self, the world, Universe, etc. into younger souls’ subtle bodies so that younger souls can later manifest them in their lives.

Positive programming is only allowed for the overall wellbeing and raising in vibration one experiences when one becomes the subject of such programming.

Not to be misunderstood; everyone possesses the ability to be a generator or a satellite at different points and circumstances. Only when it comes to two person’s interaction, the younger soul will naturally be more absorbing of the older soul’s teachings and opinion.

In life we witness it happening when we see people to whom others are searching to go for guidance and perhaps comfort. The behind the scene answer to this scenario is that young souls, by intuition, recognize the old soul and gather around him.

The benevolent old spirit also submits to the exchange instinctively; he feels a desire to be there for others and possesses an inner drive for service.

The beauty of it comes from consciously participating in this exchange with the right intention set in our minds. How might that work?

Let’s say you are the old soul with a high spiritual intelligence, and you’re having a meaningful conversation with a younger soul maybe about their inner life and treasures. You might tell them, for example, “I can see that you are a very trustworthy person” or “you have the power to correct your mistake”.

The young spirit believes you, absorbs your words like a sponge into their subconscious, and that very thought implemented by you starts to work its way out from his subconscious into his actions and conscious attitude.

In this way, the older spirit with the right intention, benevolence, and conscious love, can create in real time. When he recognizes the moment when he sees it, then he sees the younger soul and understand their need; by action and fulfilling that need with the power of his words, he is performing an act of creation.

The beauty of it is that you can’t cheat or beat this process. The Universe’s security settings allow only those who already possess the right intention, the good will, and intensity of love needed to share to program with this method.

This world needs more elders consciously waking up and practicing positive programming for a shift to be achieved in people’s beliefs about themselves, about others, about their potential, their lives, and to change the general perspective from anxiety and negativity to inner power and positivity.

From the Kindle book: Path to Purpose: How to align yourself with the universe, make use of its hidden laws and fill your life with meaning