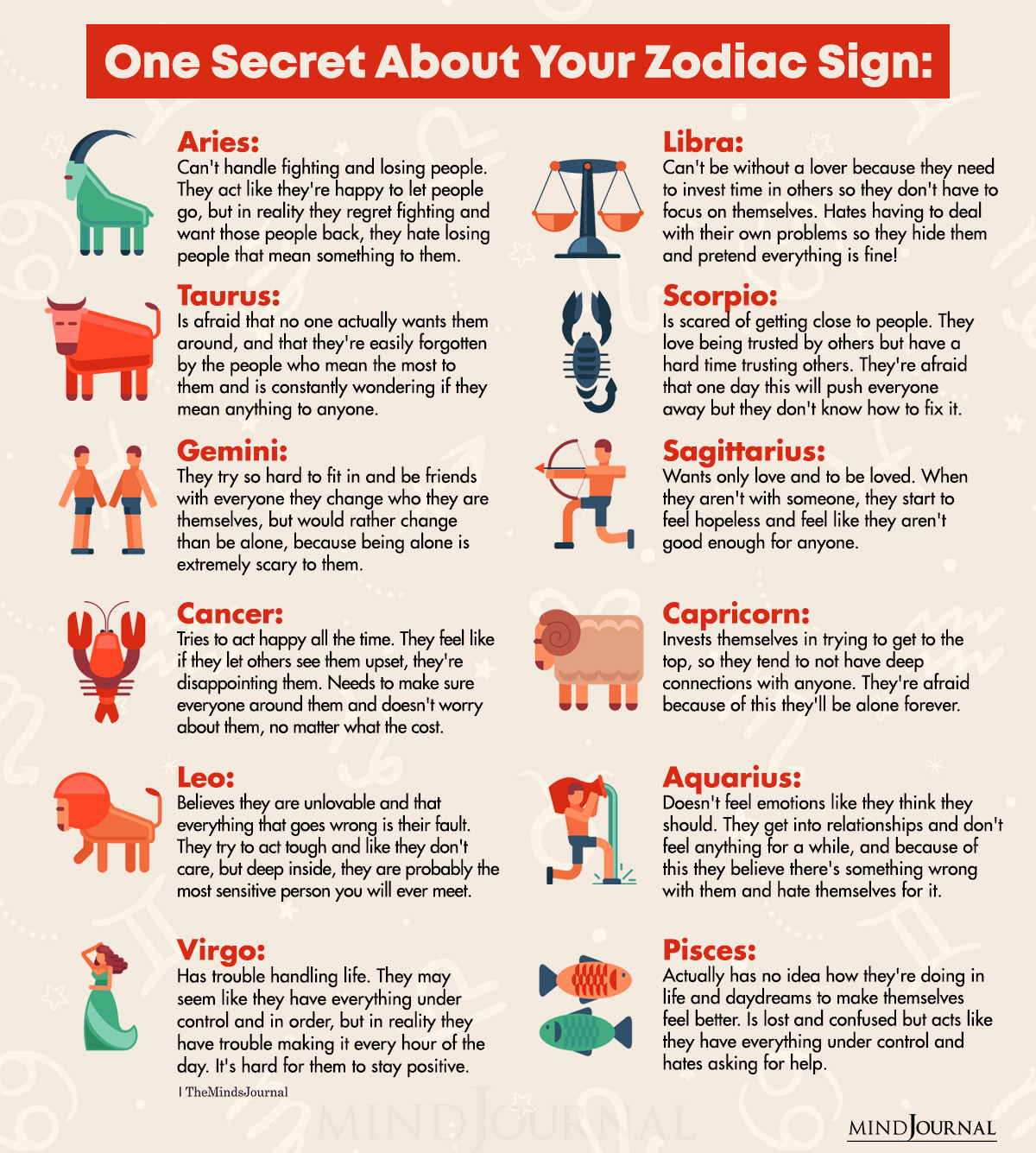 Aries: Can’t handle fighting and losing people. They act like they’re happy to let people go, but in reality they regret fighting and want those people back, they hate losing people that mean something to them.

Taurus: Is afraid that no one actually wants them around, and that they’re easily forgotten by the people who mean the most to them and is constantly wondering if they mean anything to anyone.

Gemini: They try so hard to fit in and be friends with everyone they change who they are themselves, but would rather change than be alone, because being alone is extremely scary to them.

Cancer: Tries to act happy all the time. They feel like if they let others see them upset, they’re disappointing them. Needs to make sure everyone around them and doesn’t worry about them, no matter what the cost.

Leo: Believes they are unlovable and that everything that goes wrong is their fault. They try to act tough and like they don’t care, but deep inside, they are probably the most sensitive person you will ever meet.

Virgo: Has trouble handling life. They may seem like they have everything under control and in order, but in reality they have trouble making it every hour of the day. It’s hard for them to stay positive.

Libra: Can’t be without a lover because they need to invest time in others so they don’t have to focus on themselves. Hates having to deal with their own problems so they hide them and pretend everything is fine!

Scorpio: Is scared of getting close to people. They love being trusted by others but have a hard time trusting others. They’re afraid that one day this will push everyone away but they don’t know how to fix it.

Sagittarius: Wants only love and to be loved. When they aren’t with someone, they start to feel hopeless and feel like they aren’t good enough for anyone.

Capricorn: Invests themselves in trying to get to the top, so they tend to not have deep connections with anyone. They’re afraid because of this they’ll be alone forever.

Aquarius: Doesn’t feel emotions like they think they should. They get into relationships and don’t feel anything for a while, and because of this they believe there’s something wrong with them and hate themselves for it.

Pisces: Actually has no idea how they’re doing in life and daydreams to make themselves feel better. Is lost and confused but acts like they have
everything under control and hates asking for help.

Zodiac Signs and Their Expressions to Sadness

How do you express your sadness?

When Zodiac Signs Are In A Survival Situation

Have you ever been in a survival situation?

LesWhat do you teach and must learn from love? sons In Love

Personality Traits Zodiac Signs Are Most Attracted To

Which traits do you find the most attractive?

Which color do you resemble?

Tag your BFF in the comments!

All I Want Is…

What do you want?

They May Try To Create Chaos Around Them

Tag that person who creates chaos, wherever they go.

Zodiac Signs When It Comes To Singing

How well do you sing? 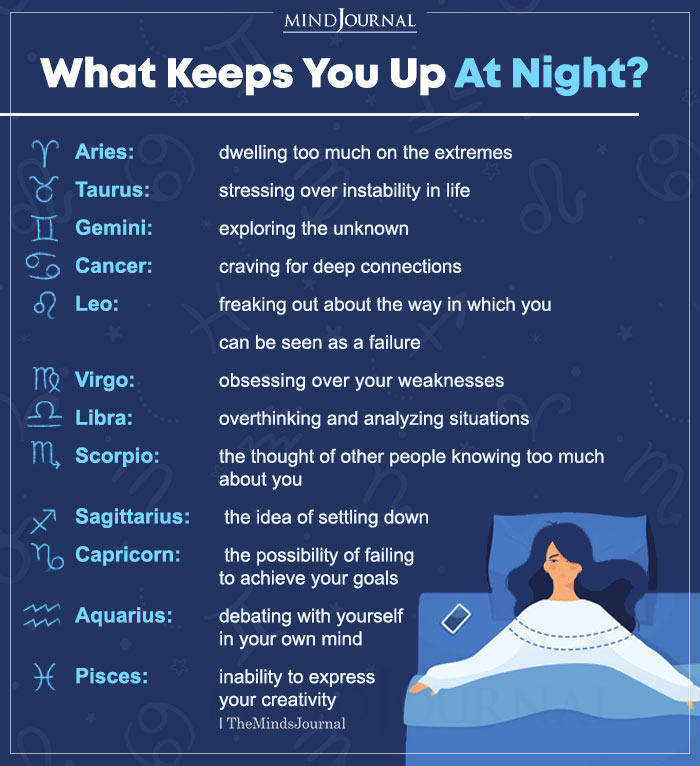 What Keeps You Up At Night