Facing and Healing Fear of Abandonment in Relationships 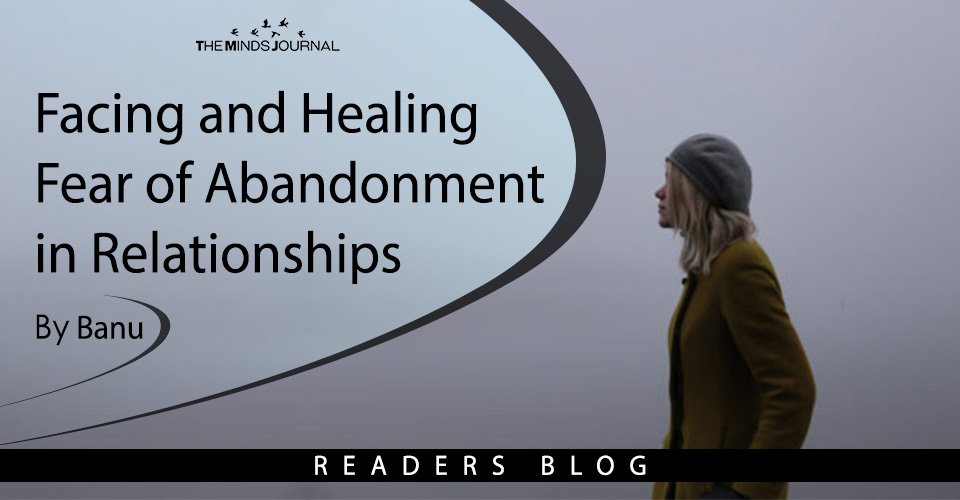 Facing and Healing Fear of Abandonment in Relationships

“Jealousy is nothing more than a fear of abandonment” -Anon

Being abandoned by the man I love for someone else used to be my biggest fear in romantic relationships. Living with that fear was not easy. It made my life hell and I transferred that onto the man I was with through my words and actions. I became a rag doll in the hands of my imagination when it came to conjuring up abandonment scenarios in my mind.

Allowing the fear to take over, I would become someone the man I was with no longer recognized. It was almost as if the person he was attracted to when he met, had turned into the nightmare woman discussed in men’s self-help forums. I became controlling, paranoid, jealous and manipulative. It was preventing me from opening my heart completely to the man I adored. He would withdraw, which in return would fuel my fear of abandonment even more and make me even clingier. It was a vicious cycle.

Looking back, I can see that the reason I kept attracting men who would trigger me this way was for me to work through my biggest fear: abandonment. I realized that it wasn’t necessarily about changing them but it was about recognizing what needed healing in me. I was the common denominator in all these relationships. It had to be me who needed to change first. I hadn’t created the wound, it had happened. It had gifts to bear but not until I was willing to accept it. Arriving at this awareness helped me build up the courage to accept it.

If you have a fear of abandonment or a wound that manifests as one, the following points may offer you some insights…

1) When you decide to change, you get the help you need

I think that I could have avoided the stress that was created in my relationships had I been willing to face my fear of abandonment. When it became detrimental to my growth and happiness, my loyal servant subconscious mind brought it to the surface in various forms. My intuition would guide me towards a random article about attachment, a video or I would randomly overhear a snippet of a conversation between two women talking about this very issue.

2) Get to know your love script

Whether we know it or not, we all have a script ingrained in us that we unconsciously follow in romantic relationships. This script is usually formed when we were little by the conditioning we innocently accept from the people around us. Not pausing enough to review this script consciously will keep us in a loop of pain and disappointment. Examine your past romantic relationships by paying more attention to the patterns that show up. Such as choice of partners, how the relationship progresses or what kind of problems arise- every time. Find the common denominators. Be a detective.

Once you identify them, dig deeper and look for layers. Either by yourself or with the help of a coach or a therapist, dismantle the system that is running inside of you. This will speed up the healing process greatly. Don’t be afraid or feel guilty. You had no idea how your love script was formed – or that you had it in you in the first place – and you aren’t responsible for its formation. You are now responsible for its healing by making the decision to. You are responsible for your freedom.

3) Respect your wound while you are healing

If you, as I did, recognize that you have an abandonment wound, it falls upon you to respect it first. Meaning, you either need to have a serious talk with your partner about your need for better boundaries or need to be single while you are healing it. I didn’t recognize or accept my wound and stayed in a relationship that was constantly poking it and making it bleed. It was toxic for me. I had to leave. You can clean up a wound and learn to be gentle with it. While it is still healing, hanging around lovers who will poke at it consciously or unconsciously is self-torture.

This is a journey of self-love, self-awareness, and self-acceptance. If you have a  partner acts in ways that trigger you constantly and they are unable (or unwilling) to modify their behavior to help your healing, you may need to be away from them until you heal. In some cases, their main role in your life was to awaken this wound but not to stay with you forever. Their gift may be to help free you from a pattern that erodes your personal power and confidence – both of which you need to live a joyful life.

You can do this. Just be willing. That is the first step.

Wish you the healing you need at the time you need it.

Banu is an intuitive coach and a healer. Her passion is helping women upgrade their relationship patterns and removing mental, emotional and energetic blocks that keep them stuck in these patterns. You can connect with her on her website.View Author posts