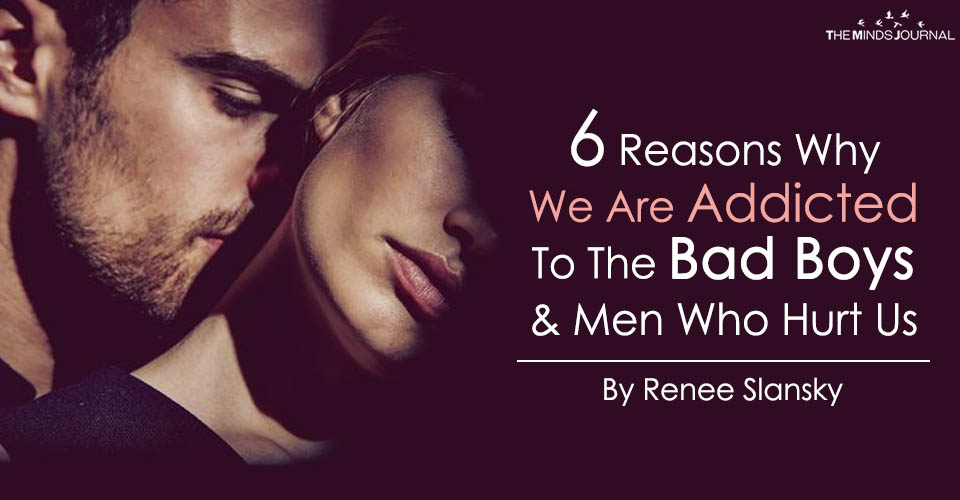 That fusion of gorgeousness, excitement and unwavering ability to disappear from our lives as quickly as he arrived. I challenge anyone who says they’ve never been burnt by this type of man.

OK, so I may be generalizing here but it’s hard to deny women’s fascination with the type of guy that doesn’t ring when he says he will, forgets our birthday and is intensely disliked by friends and family for “not being good enough” for us.

For some reason, the bad boy, (I like to call Neanderthal man), commands instant attention; while the possible love of our life gets overlooked sipping his latte whilst shaking his head and watching us argue over trivialities in an overcrowded coffee shop.

This latte lover, who I’ll call Mr. Caring Communicative Man, is an alien creature who accepts us, for who we are, wobbly bits n’ all. In a world of Tinder and booty calls, these genuinely nice guys are being washed out to sea with the tsunami of Neanderthal men that seem to be flooding the dating scene and programming us women to, dare I say it, settle.

We are so used to being ignored or misunderstood by the opposite sex that when Mr. CCM sits us down and says,” we really need to talk”, we instantly distrust his motives, or alternatively scour the house for hidden cameras in case Ashton Kutcher has relaunched his prank show, Punk’d.

Our inability to trust means that when flowers are sent to work, or they profess their undying love to us, we sadly suspect something’s amiss. Did they forget their way home the night before and fall into a strip club?

If they ring when they said they would, we silently question whether they have any hobbies or friends-I mean why would someone just be thoughtful and true to his word? It’s all a bit derailing really. Strangely, we feel more at ease dealing with constant phone checking (making sure it’s not on silent or has lost battery) and social media stalking of our Neanderthal than we do when the CCM plans an impromptu meal with our fave Sav Blanc.

We feel rather normal eating kilos of Ben and Jerrys while weeping down the phone to our besties. That’s what we do. That’s what modern dating means doesn’t it? I mean Bridget Jones wasn’t created out of thin air.

The bottom line is we seem to revel in real pain and strangely thrive on it. And I’m not just talking about the slight annoyance the CCM might muster up in us and doesn’t do the promised backlog of dishes, no, I’m talking the inscrutable, heart wrenching, can’t live another minute pain. The gut-wrenching agony we feel when our Neanderthal man still has his Facebook status set to single, where we thought we’d at least progressed to “it’s complicated”. It’s been a year after all.

We really do want that guy that can admit he’s in a relationship with us, who is thoughtful and sensitive, who kisses our forehead and plans for the future but when it seems within reach, we freak out, we sabotage it or simply lose interest. Why??

After tapping my head furiously trying to work this one out, I’ve come up with a few possibilities as to why Mr. CCM keeps coming in second:

Women love to nurture. It’s in our genes. The Neanderthal needs fixing more than any other species, and we believe we are the ones for the job. With continued love and support, we can be the ones they can never do without. The CCM doesn’t need to be saved.

Yes, there are a few. And this sees us running for the hills when the CCM comes along. Yes, we want what they are offering but we are scared. There’s nothing to fear with the Neanderthal as he won’t ever allow us to get that close. Problem solved.

We love a bad boy because we love risk, challenge, and excitement. For some reason, our brains tell us that these qualities are only found in the Neanthdathal man. The CCM seems too stable. Maybe he even highlights the part of us that isn’t.

It’s not always a bad thing but generally women like an element of control in their lives, which is ironic as that’s the last thing you’ll get with the Neanderthal. However, nice guys are often misrepresented as too compromising. Sometimes even becoming a doormat as they are too afraid to go head to head with his arch nemesis Neanderthal. Having little boundaries often results in a lack of respect from women.

Think bad boy and I’m nearly 100 % certain your thinking tall, dark, moody, eyes you get lost in and luscious lashes that glue you to his soul. He probably drives a supped up Ute or even a grunty bike. He probably doesn’t ride the said bike with a helmet either. Because they have been overly blessed in the looks department means they get away with far more than they should.

6. So what’s the solution here?

I’m not going to lie; the CCM has a tough job ahead of him. He’s not just competing with the conniving Neanderthal who seems to have a sixth sense about how to reel us in and parades his sneaky techniques like a colorful peacock does to his mate, but he’s ultimately competing against us: the modern intelligent (yet slightly confused) woman.

One thing’s for sure, women need to take partial responsibility for the direction modern dating is headed. We need to take back our respect and our boundaries and realize we can have it all in a man.

Let’s not elevate the Neanderthal man to a status he’s only achieved through bad behavior and rock hard abs. We deserve kindness and morality as much as we crave adventure, attraction, and spontaneity. It’s up to us to rid the world of the CCMs evil counterpart.

The CCM is enough as he is.

Katy Moore is a professional writer and has written for popular magazines such as Cosmo, Women’s Weekly and Woman’s Day and is currently writing a book and starting her own blog. With her witty sense of  English humor and fresh perspective on how life is, she turns everyday situations into  humorous  and relatable articles!

The Good And Bad of Marrying A Guy, Based To His Zodiac Sign

15 Lies A Narcissists Says To Keep You Around

Before You Go Running Back To Him Read This