Why We Need To Stop Romanticising Mental Health Problems 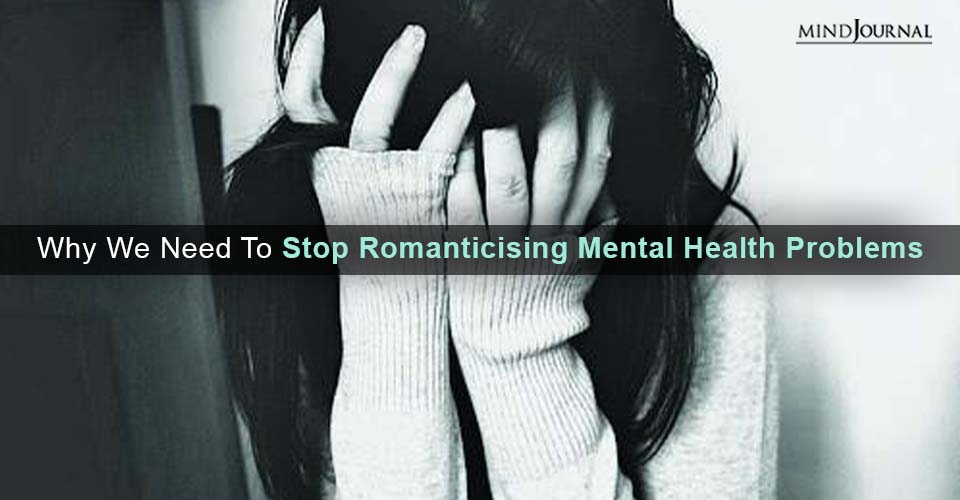 Why people are romanticising mental health problems and why we need to stop it?

Recently, I just read an article which explained some reasons why the best girlfriend or boyfriend is the one who has anxiety. Then, not long after that, I just found an article headline which suggests the readers should love a person who regularly overthinks everything in her life.

The article was viral, it has been read by more than 10 thousand readers and shared for more than a thousand times.

Having anxiety and being an overthinker, for example, are not the traits for an ideal life partner, but those are the traits to be understood and compromised.

Mental health problems, such as depression, anxiety, or phobias, are the issues that have to be discussed carefully, simply because it could be a trigger for the readers to develop those illnesses within themselves.

Related: 6 Things You Can Do To Reduce Mental Stress

Those articles might give people the awareness about mental health problems; it gives us understanding that the people who have those problems are worth to be loved too, and I can’t agree more since being loved is one of the best ways to deal with a mental health problem.

Even research stated that emotional support, such as being loved by family members, is effective to decrease the anxiety level of a terminally ill patient. But, people also need to remember that a mental health problem within someone is an issue that still needs proper treatment.

Let the readers observe their surroundings and be more empathetic with other people. Make them understand that having a mental health problem is not easy and it’s invisible to the eyes.

We still need to educate the society about mental illnesses and romanticizing those mental health problems is not the way to make people understand; it will only aggravate the situation. Depression is a leading cause of disability worldwide and is a major contributor to the overall global burden of disease according to the World Health Organisation.

In the end, making people proud of their own mental health problems is the same as asking people to cut their scar deeper into the skin; it will only get worse and need more time to be healed.