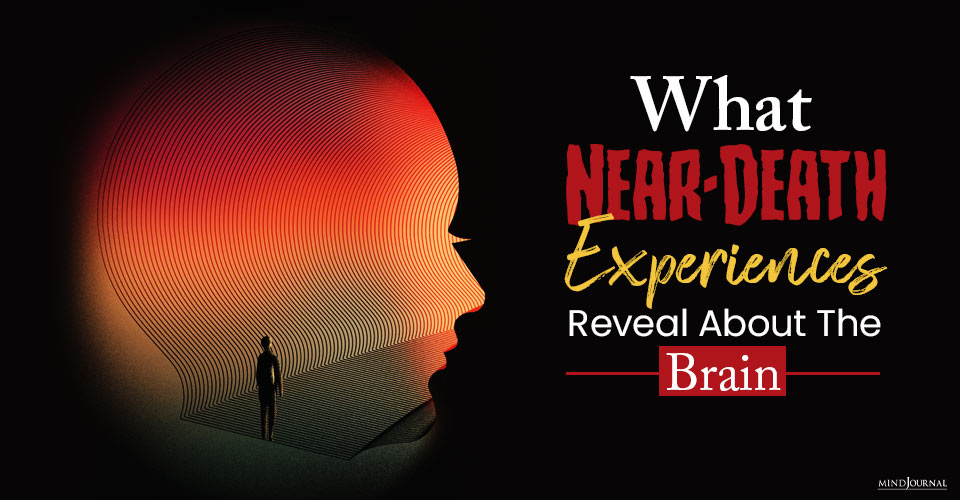 What happens in the brain during the process of death? Not only researchers but a lot of people are eager and hold a significant interest in near death experiences (NDEs). Survivors who experienced life-threatening situations report identifiable features of their dying process and help us understand the effect on the brain.

Near death experiences are triggered during singular life-threatening episodes when the body is injured by a heart attack, shock, or blunt trauma such as an explosion or a fall.

These events share broad commonalities: becoming pain-free, seeing a bright light at the end of a tunnel, or detaching from one’s body and floating above it and even flying off into space.

Why the mind should experience the struggle: to sustain its operations in the face of a loss of blood flow and oxygen as positive and blissful rather than as panic-inducing remains a mystery.

A young Ernest Hemingway, badly injured by an exploding shell on a World War I battlefield, wrote in a letter home that “dying is a very simple thing. I’ve looked at death, and really I know. If I should have died it would have been very easy for me. Quite the easiest thing I ever did.”

Years later Hemingway adapted his own experience—that of the soul leaving the body, taking flight, and then returning—for his famous short story “The Snows of Kilimanjaro,” about an African safari gone disastrously wrong.

The protagonist, stricken by gangrene, knows he is dying. Suddenly, his pain vanishes, and Compie, a bush pilot, arrives to rescue him. The two take off and fly together through a storm with rain so thick “it seemed like flying through a waterfall” until the plane emerges into the light: before them, “unbelievably white in the sun, was the square top of Kilimanjaro.

And then he knew that there was where he was going.” The description embraces elements of a classic near death experience: the darkness, the cessation of pain, the emerging into the light, and then a feeling of peacefulness.

Related: Top 5 Regrets Of The Dying And How We Can Avoid Them

Near death experiences, or NDEs, are triggered during singular life-threatening episodes when the body is injured by blunt trauma, a heart attack, asphyxia, shock, and so on. About one in 10 patients with cardiac arrest in a hospital setting undergoes such an episode.

Thousands of survivors of these harrowing touch-and-go situations tell of leaving their damaged bodies behind and encountering a realm beyond everyday existence, unconstrained by the usual boundaries of space and time. These powerful, mystical experiences can lead to the permanent transformation of their lives.

Near death Experiences came to the attention of the general public in the last quarter of the 20th century from the work of physicians and psychologists—in particular, Raymond Moody, who coined the term “near death experience” in his 1975 bestseller, Life after Life, and Bruce M. Greyson, one of the two researchers on the study mentioned earlier, who also published The Handbook of Near-Death Experiences in 2009.

Noticing patterns in what people would share about their near death stories, these researchers turned a phenomenon once derided as confabulation or dismissed as feverish hallucination (deathbed visions of yore) into a field of empirical study.

Related: 9 Truths Only Death Can Teach Us About Life

I accept the reality of these intensely felt experiences. They are as authentic as any other subjective feeling or perception. As a scientist, however, I operate under the hypothesis that all our thoughts, memories, percepts, and experiences are an ineluctable consequence of the natural causal powers of our brain rather than of any supernatural ones.

That premise has served science and its handmaiden, technology, extremely well over the last few centuries. Unless there is extraordinary, compelling, objective evidence to the contrary, I see no reason to abandon this assumption.