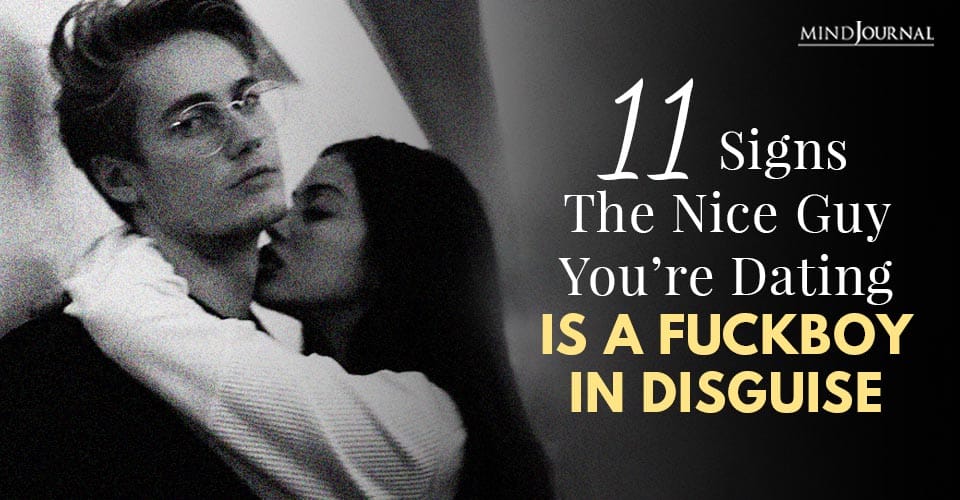 When you are with someone who only cares about sex, and doesn’t care a bit about your feelings, then you are dating a fuckboy in disguise. Such men might seem like a dream come true initially, but with every passing day, you will see that being with them was one of the worst decisions you could have ever made.

“Women! They madly love Casanovas for their traits and equally hate them for being disloyal.” ― Himmilicious, Lemon Tea and White Safari.

‘Everything’s fair in love and war’ is often taken seriously by many men. In the act of dating, these men believe they can do anything and everything when it comes to love, and playing games doesn’t make them feel guilty. They are such pros in this that it’s very difficult to identify them.

Fuckboys in disguise, they are better known as ‘Casanova’. They will sweep you off your feet with their charm, talk to you as if you are the Princess of this world and then when you have finally given them what they wanted, they will abandon you as if you don’t even exist.

You are probably wondering now how is it possible to identify such a person. Well, you don’t need to worry.

(1) He doesn’t post his personal details on social media.

He is always against posting his pictures or your couple pictures on social media. He gives you the excuse that he wants to keep his life private but don’t buy that excuse. He is just playing safe. He doesn’t want his other interests to know he is dating someone.

We all have our work but if we really want to be with someone, we can definitely make time for them. Busy is just an excuse. He will only meet you when he wants, not when you want.

(3) He is very charming and well-groomed.

You feel he is the real-life version of Prince Charming. He is very conscious of his looks and always maintains himself. He needs this to attract women and your falling in love with him doesn’t count.

Related: 30 Signs You Are Dating A Fuckboy

(4) He speaks with flamboyance.

He is an amazing speaker. You can spend your day listening to him. Of course, he needs to be good with words so that he can manipulate girls into trusting him and falling for him.

Calling someone over the phone is an indication that the person really wants to be with someone. When you talk to someone over the phone, you get to hear that person’s voice, feel their vibration and emotion. Texting is rather a very casual and careless way of informal communication. If he doesn’t call you, then it’s time you start thinking about your relationship.

(6) He hasn’t introduced you to his peers.

He has never introduced you to his family and friends. Even if you express your wish to see them, he would avoid the topic. This indicates he is not serious and hence, doesn’t want his close people to know about you.

(7) He is not ready for something else more than friendship.

He wants to remain your good friend but doesn’t wish to go beyond that. No matter what he says, perhaps it will be better if you don’t believe him because by remaining good friends, he will still try to take advantage. The fact that he is not ready for a relationship means he doesn’t want commitment and wishes to live a life without commitment.