How I Knew I Was Depressed 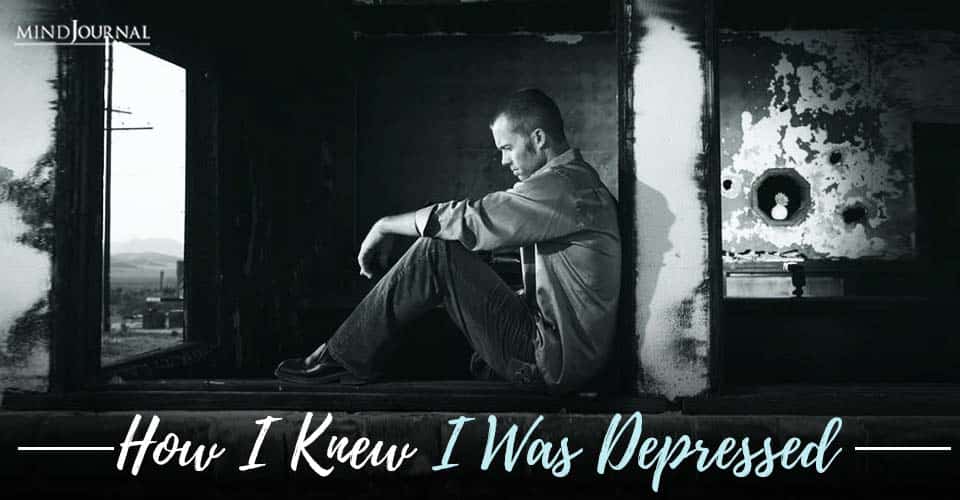 How I knew I was depressed.
For Norbert Brown, it was when he was asked a question he couldn’t answer.

It was a Sunday evening in the middle of summer, about seven or eight years ago. The air was hot and sticky—it was the kind of humidity we get on Cape Cod that soaks into every piece of paper until it’s completely limp when you pick it up. Notes and binders were spread out and wilting all over the kitchen table in front of me. I had too much to do, and I was way behind.  I looked at it all, baffled just trying to figure out what to attack first.

Then my 10-year-old son and teenage daughter said they were going for a swim. I didn’t have time to go in the pool, but I thought that maybe if I cooled off I could be more productive. Or at least maybe I could think straight. So I said I’d join them.

My son was pretty chatty as a child. He had—still has—a mind that trips and jumps and leaps from topic to topic, idea to idea, and sometimes, as a result, he is shockingly insightful and completely hilarious in the same minute. My daughter’s voice is expressive—musical, even—and her laughter has been a consistent delight to me since the day she was born. So this break—this time away from my troubles, in the company of two of my favorite people—should have been refreshing, relaxing and invigorating.

But I didn’t feel a thing. My mind might have been racing with the things back on the kitchen table, the deadlines sliding by me, the executives who were expecting me to produce work I clearly wasn’t getting done. But it wasn’t—instead, my head was full of industrial noise; it was the droning soundtrack of Eraserhead in there.

I squatted in the shallow end, my head just above water. My mind was not a blank, but nothing going on in there was any earthly good to anyone. My kids chatted and laughed and played, and it was like they were a million miles away. No single sound made sense, no single thought could take hold. It was nothing but noise until my son’s voice penetrated with these words:

Read Should A Man Tell His Family and Friends That He Is Suffering From Mental Illness?

“Dad, do you even know how to have fun anymore?”

There was no cynicism or irony in his tone. He wasn’t complaining or being judgmental: he was asking a sincere question. I was his dad, I’d been fun at one time, and I wasn’t fun anymore. He was just wondering if I’d noticed and if I knew why. It was a question I couldn’t evade, from a person who deserved an answer.

I’d spent the 90s climbing the ladder in a company that was growing so fast we couldn’t keep up. I felt like I owned a piece of that growth—I was an inside guy—I had a seat at the table when the major decisions were made, the big secrets discussed.

Then, we were acquired. Business got soft, and we were heavily leveraged. Cuts had to be made, and I was one of the cuts. It’s a pretty common story, and at the time I felt like I was weathering it well. I had skills. I had experience. I did a year of consulting (with my former employer as my biggest client) and then an offer for a new job in a new city just appeared one day on my doorstep.