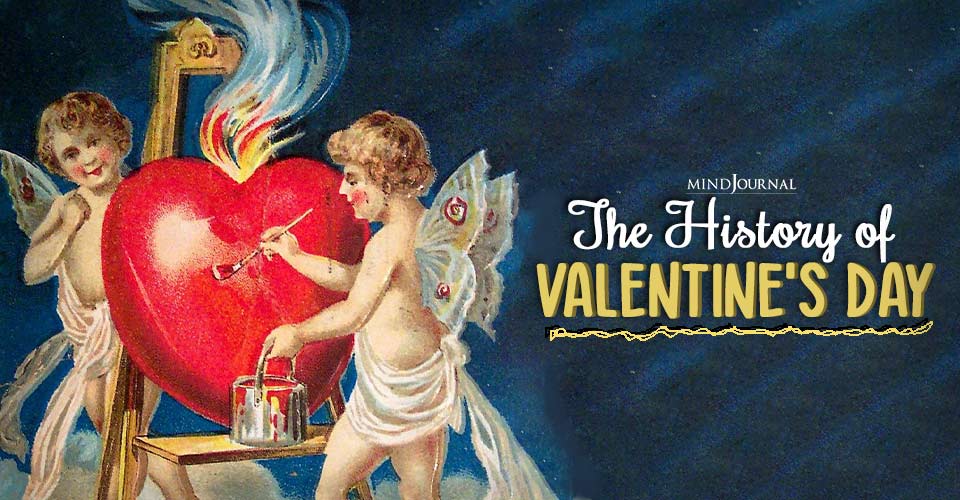 Can you smell it? Love is in the air again. It’s time again for all things red, pink and romance. Although love should be celebrated every single day, with Valentine’s Day approaching fast, most of us are gearing up to express our love to our special someone and let them know how important they are to us. But do you know the truth about Valentine’s Day?

Granted Valentine’s Day is now associated with flowers, chocolates, gifts, fancy dinners and dates, but the history of valentine’s day is not necessarily rooted in love and romance. True, most of us are aware that the day is meant to venerate the death of St. Valentine, but the exact origin of this day of romance is actually not that romantic.

What Is Valentine’s Day?

Valentine’s Day, also known as Saint Valentine’s Day, is a social custom which is celebrated by couples of all ages across the world on February 14 each year. Filled with cards, heart-eye emojis, plushies, flowers and boxes of candy, it is a day of love when lovers express their affection and appreciation for their partner through gifts and greetings. Unfortunately, with the commercialization of the holiday, most of us have either forgotten or aren’t aware of the true history of valentine’s day.

This holiday, also known as the Feast of Saint Valentine, is deeply rooted in ancient Rome and was initially celebrated in Victorian England. However, the origin story may not be as romantic as we may want to believe. And there is a lot of mystery surrounding its origin. So put on your fedora and rose-tinted glasses and let’s explore the fascinating origins and history of Happy Valentine’s Day!

Why Is Valentine’s Day Celebrated?

Now that we know what is Valentine’s Day, let us delve into the question – why is Valentine’s Day celebrated? Did you know that the very first Valentine’s Day was celebrated in the year 496? The history of Valentine’s Day is a bit complicated. According to the BBC, the holiday has possibly originated from the ancient Roman festival Lupercalia, a pagan fertility festival, which was celebrated at the start of spring… the middle of February. Although the origins of Lupercalia are unclear, the festival was organized by the Luperci, a corporation of priests. The festivities started with sacrificing goats for fertility and a dog for purification and later the goats were consumed at the sacrificial feast. The Luperci then used the hide of the sacrificed animals and playfully struck women approaching them, while the male priests ran around. This ritual was meant to encourage fertility, both in the crop fields and the women.

The festival also involved the pairing of men and women based on lottery. The matchmaking ritual involved eligible male bachelors drawing names of young, single women from a box or jar, who would then become a couple and mate during the festival and could even get married, if the couple agreed.

However, in the 5th century the celebration of the pagan festival Lupercalia was banned by Pope Gelasius I as it is believed that the church wanted to make it a more Christian festival. Although there is no clear evidence, many believe that this is when the pagan festival was replaced with Saint. Valentine’s Day, which began to be celebrated on February 14. Even though the ancient Roman revelry was banned, the day was still associated with love and fertility. Moreover, the legend of St. Valentine further added to the already muddled yet deep history of Valentine’s Day.

Related: 8 Romantic Ideas To Spice Up Your Valentine’s Day

The Legend of Saint Valentine

Saint Valentine of Rome was martyred in the third century and was honored in the calendar of saints in 496 by Pope Gelasius I. He was persecuted in 269 under the Roman Empire for converting Romans to Christianity. Emperor Claudius II, who was a pagan, believed that Roman soldiers would be more dedicated if they were barred from marriage. So the emperor passed a law that prevented soldiers from marrying and established strict laws for Christians. However, Saint Valentine, who felt such rules were unfair, ministered many Romans and helped the soldiers get married in secret ceremonies.

Related: 5 Things To Do If Your Boyfriend ‘Forgot’ Valentine’s Day

The Truth About Valentine’s Day

Saint Valentine’s Day eventually became a day for celebrating romance and love during the 14th-15th century. However, it became a real celebration in the 18th century when couples in England started to express their romantic love by giving gifts, flowers and handwritten greeting cards, which was called Valentines. This, perhaps, marked the true beginning of Happy Valentine’s Day. Although writing romantic greetings to one another existed during the Middle Ages, as not too many people were literate, it was not too popular at that time.

Eventually, sending love letters and cards on Valentine’s Day started to gain popularity with the advent of printing technology and pre-printed greetings cards. In the United States, as the celebration started to gain traction, an American woman named Esther A. Howland introduced the concept of mass-produced greetings cards for lovers in 1840. Her cards were considered as intricate pieces of art which made popular as the “Mother of the Valentine.” Even though these cards became less personal, it became a lot more economical and feasible which added to the popularity of sending greetings on this day.

During this period, chocolates also became associated with romance thanks to the efforts of Richard Cadbury. In 1861, he introduced heart-shaped boxes of chocolates and marketed them using images of the god of love & attraction, Cupid. By making chocolates commercialized  and affordable, Cadbury made it a common item, instead of a luxury experienced by only the elite. There is no doubt that the history of Valentine’s Day and the associated rituals greatly influenced how we celebrate the holiday today.

Related: It’s Okay If You Are Not In A Relationship This Valentine’s Day

Valentine’s Day around the world

Although the history of Valentine’s Day is a bit muddled, the holiday is widely popular across the globe. Apart from being commonly celebrated in the United Kingdom, the United States, Australia, Canada, France, South Korea, Argentina and Mexico, lovers from all around the world express their love in their own way on Valentine’s Day. Often considered a “Hallmark holiday,” for its commercialization, sharing greeting cards, gifts, chocolates and flowers have become customary today. Many couples also go on fancy dinner dates, while some choose to celebrate it in a more personal way in the comfort of their own homes with home-cooked meals.

The special day is celebrated in many countries and some of them have developed their own customs and traditions for wishing each other a Happy Valentine’s Day, based on their unique cultures. While most of us express our love to our romantic interests or partners on this day, many cultures honor Valentine’s Day by showing love for their family and friends. In fact, many schoolchildren share Valentine’s cards with each other and their teachers to celebrate the history of Valentine’s Day.

In some Latin American nations like Puerto Rico, Costa Rica and Mexico, this special day is known as Día de los Enamorados or the Day of Lovers, where couples share flowers & chocolate with each other. It is also known as Día del Amor y la Amistad or the Day of Love and Friendship as many people express gratitude and appreciation for their friends and loved ones, who are not necessarily their romantic partners.

In Japan, a translation error from a chocolate brand gave birth to the custom of women giving chocolates to men on this day, especially among coworkers. However, sharing gifts like  greeting cards, flowers or going on diner dates are not as common. Known as Giri choco, the primary focus is on gifting the right amount of chocolate to the right man. In the Philippines, this romantic holiday is celebrated by organizing mass weddings and having wedding anniversaries of numerous couples. Many lovers also propose marriage to their romantic partners on Valentine’s Day across the world as it is seen as a highly romantic gesture.

Related: 5 Reasons You Should Not Rush Into A Relationship During Valentine’s Season

A celebration of love

Regardless of the truth about Valentine’s Day, there is no doubt that this is considered as a day of love by most people and is celebrated widely across the globe. While some celebrate this holiday with their romantic partners, some others celebrate it with their family, friends and even themselves. And that is perhaps the true beauty of Valentine’s Day. Beyond the commercialization, the gifts and the dinner dates, the celebration of love is perhaps the best way for us to remember Saint Valentine and to add some magic into our lives.

So go ahead and celebrate love.

Related: How to Surprise Your Boyfriend on Valentine’s Day