7 MAJOR Signs You Are A Victim Of Pocketing 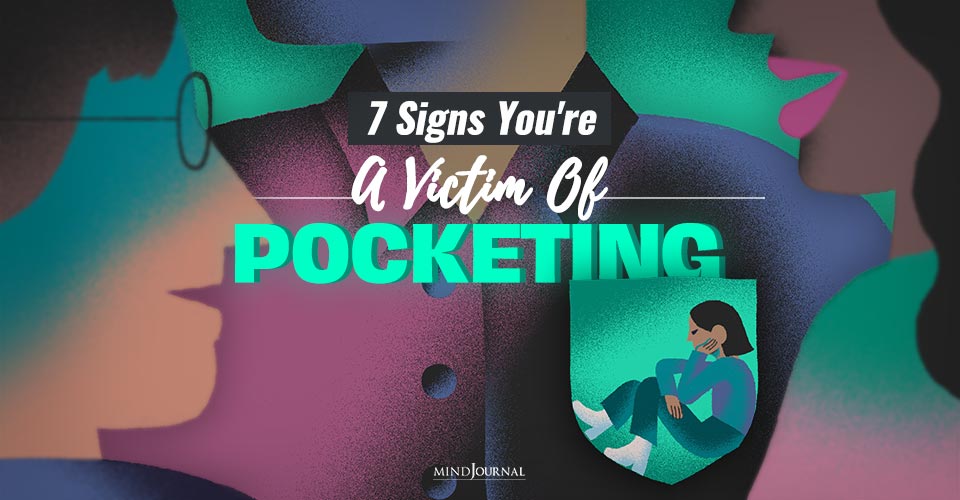 Dating can sometimes be a slippery slope for many, and while some people tend to luck out, some, not so much. It gets dicey and confusing when two people are not on the same page when it comes to their dating expectations. If you are serious about the person you are dating and want to take things further by introducing them to your family and friends, but they do not, then chances are you are the victim of pocketing.

Pocketing is when the person you are dating wants to keep you a secret, and never shows any intention of introducing you to their loved ones. It’s like they are putting you in their pocket, and hiding you from the rest of the world, where only they know that you exist, hence the term pocketing.

Yes, it’s a natural thing to want to keep your relationship under wraps until you are 100% sure about it. But even after a long time if the person you are dating still doesn’t show any interest in making the relationship public, then that can and should be counted as a red flag. No matter who is on the other side of it, pocketing can be an extremely disrespectful and lonely thing to experience.

Related: 50 Common Red Flags At The Beginning Of A Relationship as Told By Our Readers

What Are The Potential Reasons Behind Pocketing?

Some of the most common reasons as to why someone might pocket you are the following:

1. They come from a dysfunctional family.

There are lots of people out there who come from disturbed and dysfunctional families and feel ashamed of it when they grow up, even if they have cut off all contact. One potential reason as to why they haven’t introduced you to their family is that they are apprehensive about how you will perceive them, and might even leave them when you get to know the truth about their roots.

2. They are involved with someone else, apart from you.

This one is a no-brainer, isn’t it? If they are pocketing you, chances are they might already be in a relationship, or worse still, married with kids. They are with you because they are just looking for a casual affair or a friends with benefits kind of a relationship. You are like their dirty secret, and that’s why they try so hard to keep you hidden from the world.

3. They might not be sure about their sexual orientation.

When someone is not sure about their sexuality, it can be doubly hard to date someone of the opposite gender. On top of that, most people feel scared of coming out to their parents, so imagine how uncomfortable and unsure they feel when they are with you. Another reason might be that they are just testing the waters but don’t yet want people to know that they are gay.

4. They have a different religious, and cultural background.

When you have different cultural and religious backgrounds, and there seems to be an invisible racial barrier between you two, things can get complicated. A situation like this can make them feel unsure about how their relationship with you will be received by their family and friends. Both of you might be open-minded about it, but the older generation might not be.

5. They are still tangled with their ex.

Another common reason as to why your partner is pocketing you is because lo and behold, they are still involved with an ex of theirs. Maybe they still haven’t moved on, or they are simply keeping their options open for as long as they can. Or maybe they don’t want to make things official with you unless they have moved on for good because they are scared they will jeopardize their new relationship for an old one.

Related: 10 Relationship Red Flags That You Should Not Ignore