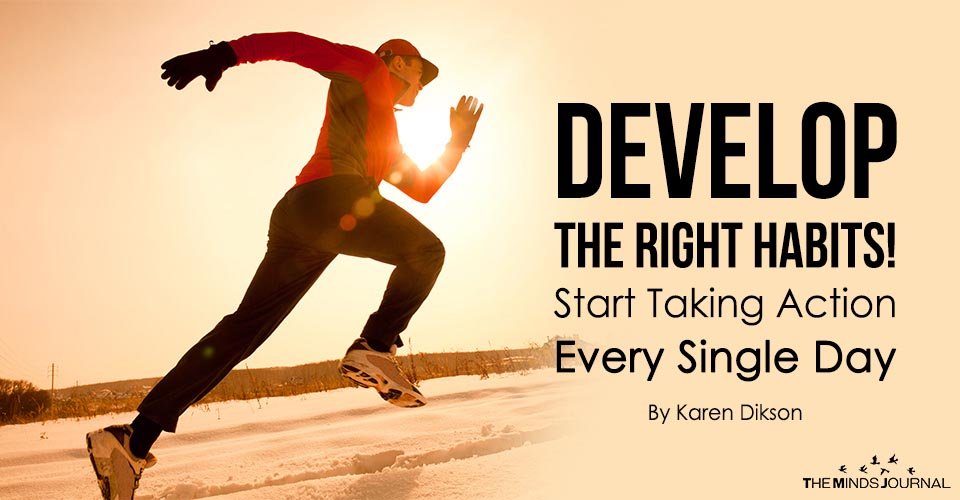 I used to be the most passive of human beings. You know those people who study when they have to, work when they need to, hang out with friends if they really have no other choice, and spend the rest of the day on the couch? Yup, that was me. A non-action-taker to the bone. I thought that reading books and watching artsy movies was all the action I needed.

Wanna know what changed that? I wish I could share a trigger moment, but I don’t remember such a thing. Deep inside, I always knew I had to become more useful. I knew I would wake up one day and say: “That was enough. I’m lazy, passive, and too damn shy for this world. It’s time to do something about it.”

I was building up on that thought. Before going to bed, I used to recreate my days and saw the same film over and over again. With time, there was so much anger towards myself that I could no longer stay in that position. I had to make a change. I had to start taking action. Every. Single. Day.

The first day, I did something: I called a friend. We talked and talked and talked, and she invited me out for a coffee. I started thinking of excuses. “I’m tired. Can’t we go tomorrow? Going out means dressing up… What if I make her bored?” That’s what was going in my mind. My answer to her invitation was completely opposite to the thoughts I had: “Sure.” One hour later, we were at Starbucks recreating memories and laughing like crazy.

From that day on, my life changed. It wasn’t easy and it took some arguing with my negativity. That became a habit: going against the negative thoughts I had. I’m getting to the point: habits!

That day I realized: I can’t change things from the couch. I mean, it’s comfortable and all, but no. Going out is a must! I started taking walks every day. I went shopping and I did things that made me feel good. Once a week I call a friend and ask them out. Yes, now I’m the one asking them out.

“It had long since come to my attention that people of accomplishment rarely sat back and let things happen to them. They went out and happened to things.” That was Leonardo da Vinci speaking, people! If we want to learn about accomplishment, he’s the man we should listen to.

Going out should become a habit for us. To paraphrase Da Vinci, instead of waiting for things to happen to us, we should go out and happen to things. Agree?

Living in the moment, if you prefer it that way. When we’re taking action, we usually expect results ASAP. If I decide to go out, I should expect to do something amazing and have a memorable day. But, that doesn’t always happen. Each walk I take is part of the self-development process. Even if it doesn’t deliver instant results, it’s still special.

“Whenever I decide to write something or pitch an idea to my boss, I pay attention to the moments that action is consisted of. I am aware. When the results come, I’ll analyze them. Until then, I’m focused on the journey and I’m still happy for the action I’m taking.” – said Kevin Trask

Living in the moment is a habit, one of the most challenging ones to develop. People are programmed to expect things. Expectations are not bad, but we shouldn’t allow our actions to be governed by them.

Read The Value Of Good Character And Appreciating Life

Here’s a challenge for you: read War and Peace! Then, read Ulysses. If you’ve read those, read them again! If you don’t like that challenge, set another one for yourself, but make it huge.

When a challenge seems too big for my capacity, I break it up into simple steps. Okay, reading and contemplating the Ulysses was that huge step for me. So, I broke it down: read for half an hour a day, contemplate and write impressions for another half an hour. An hour by hour, day by day, I achieved that goal. Once I did that, I started all over again.

You get my point: the habit of taking things step by step helps us take the action. Instead of being overwhelmed by a huge goal, we perceive it as a collection of achievable steps.