Dear Nice Girl: This Is How He Played You For A Fool 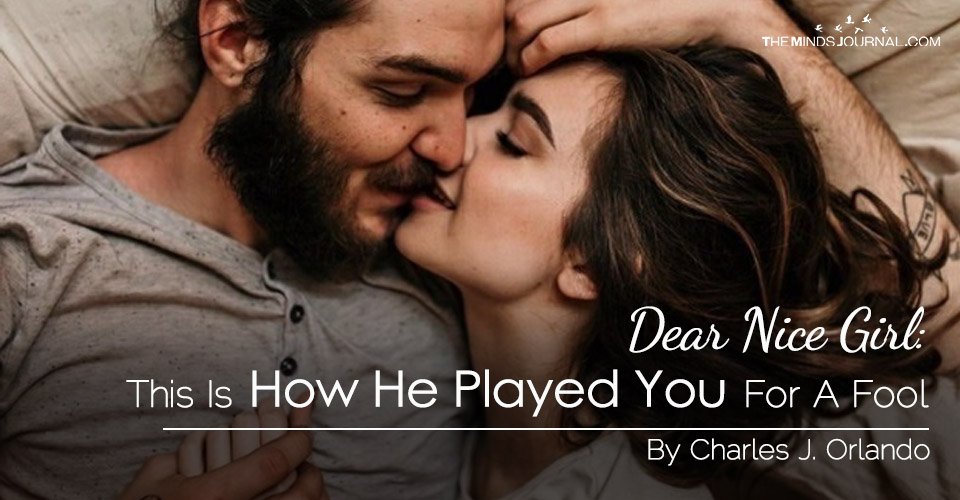 Love has a tendency of sweeping many people off their feet. However, with that rush of emotion, physical attraction, and “connection”, red flags can get overlooked. The result is a broken heart, and a misguided thought that they “did something wrong”. Many times, the tell-tale signs show themselves early in the dating process… if you are paying close attention.

“You are the person I’ve been looking for my whole life.”

The Deal:  Guys like this claim to fall in love — QUICKLY. They give you the sense that they have been waiting and waiting and waiting for someone just like you, and they tell you on the second date. They will start strong—calling often, texting even more often, and it plays right into your self-esteem. Then, once you have slept with them and/or shared your mutual feelings, it stops… and they leave you wondering: “What did I do wrong?”

What to do: Be sure to see the signs of this trap. If they are pouring into you (and your self-esteem) to such an extreme so soon, chances are it’s not real. Granted, love-at-first-sight is a possibility… but if the love is right, it will be there weeks or months down the line.

“I’d love to see you tonight.”

The Deal: He tells you that he wants to see you, but they are always busy: work, school, family — those are all great reasons. But if they only have time late at night — or certain days of the week without explanation — something is amiss. And oftentimes, they will have plenty of time to see you for sex… just no time to spend before or after.

What to do: Someone who is genuinely into you will make you a priority… beyond just saying the words. And sex is great, but a real relationship needs more than just physical time together.

What he says the next day: “Why are you so damned clingy??”

The Deal: He says he cares, then he goes dark. He wants to see you, then he asks you why you are so demanding/clingy/bitching at him.

What to do: Hot-and-cold behavior doesn’t work… except for him. Instead of trying to adjust yourself and your expectations (over and over again) for someone who will constantly change the game, you need to make a clear, empowered decision that you will not settle for anyone’s half-assed, second-best approach to being involved with you—in any capacity. You are worth more than they way you are being treated, and you need to stop settling for it and tolerating it. Tell him what you want… if he doesn’t come correct, you are either being played, or he isn’t ready for you. Either way: Move on.

The Down-And-Dirty Deal on Getting Played

The most common reason people get played boils down to one thing: Need. Guys like this watch and wait for the opportunity to fill a specific need that their victim is looking for. And not just any need; a core need they really want filled: sex, affection, security, attention, freedom, romance, etc.

Once that need begins being filled, the victim starts ignoring the glaring red flags of the player’s other behavior. Either due to a lack of knowledge or calculated planning, the player begins dropping back and/or not fulfilling their victim’s other wants/needs—but the initial core need is still being met. This is a dangerous death spiral for self-esteem, as the victim begins wondering why one need is being filled, but not the rest. The victim oftentimes decides that they “must not be worth it”, but in an effort to feel a sense of self-worth, they continue putting up with worse and worse behavior… until the player leaves.

The victim feels worthless; like a failure, and wonders what they did wrong, and what they did to deserve being treated so poorly. Their self-esteem has taken multiple hits, and they need a boost. And oftentimes, another player begins filling that core need… and the cycle repeats.

What’s needed is a realization that in any relationship, there is always a trade-off. There will be needs of yours that can be met, and others that your partner can’t possibly meet because they either aren’t aware, don’t have the skills, or simply don’t want to. Apart from met or unmet needs, if the relationship is based on them holding you at arm’s length emotionally, physically, or spiritually, the trade-off is most often too unbalanced for any long-term success.  Better to cut things off sooner—rather than later— and seek your love wants/needs in a place (and with a person) with whom it can be met and/or appreciated.

6 Signs Your Partner Wants You For sex, Not Love

30 Signs You Are Dating A Fuckboy

The Nice ‘F*ckboy’ You Should Stay Away From

Expert, author, screenwriter, and co-host of FYI's Seven Year Switch. Charles J. Orlando is a relationship expert and bestselling author of The Problem with Women... is Men? book series and The Pact: Goodbye, Past. Hello, Love!, and the upcoming graphic novella Don't Date A Dick, and he serves as expert host of the hit show Seven Year Switch on FYI (currently in its second season). Referred to as "The Malcolm Gladwell of Relationships" by the media, and "Carrie Bradshaw-meets-Hitch" by his readers, Charles has built a 1,400,000+ person fan base on Facebook completely by word-of-mouth where he offers free, street-smart love advice to men and women around the world.View Author posts 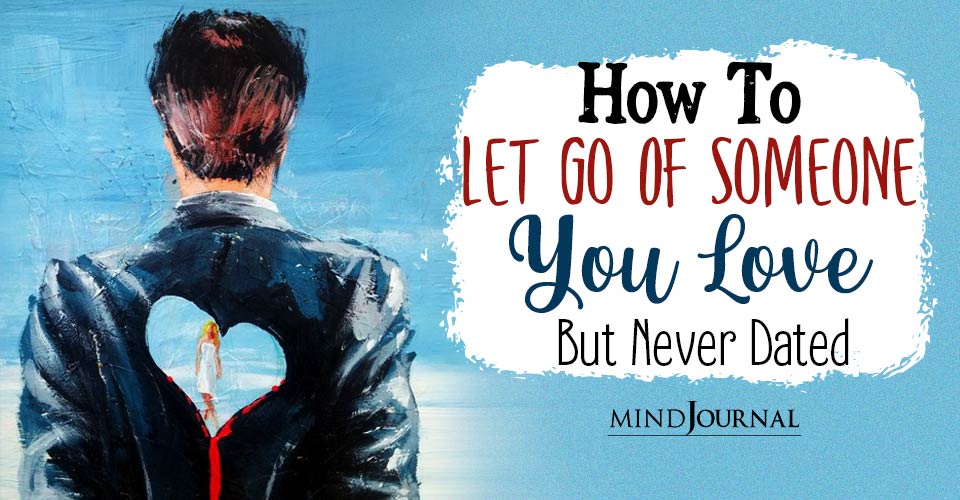