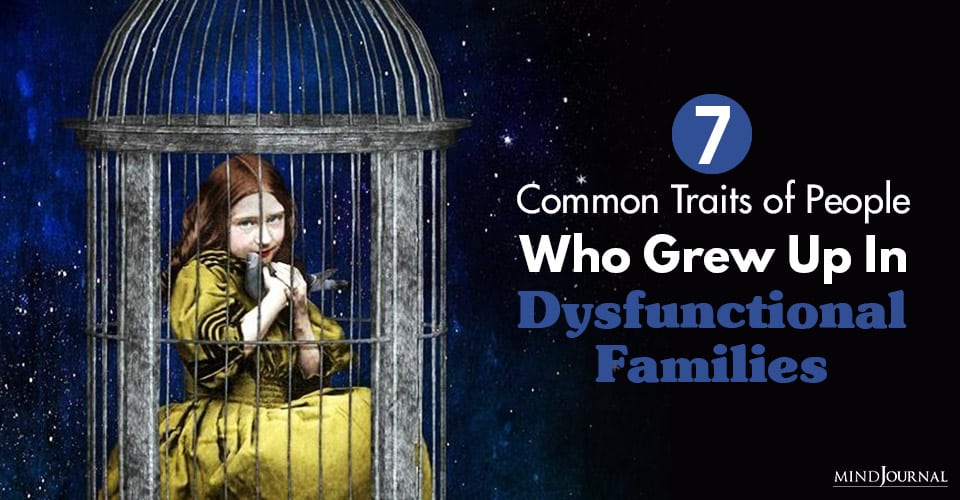 People who grew up in dysfunctional families always end up sharing some common traits amongst themselves, and chances are that all of them have had the same struggles while growing up.

A dysfunctional family creates the mess that we never intend to put ourselves in.

I met PB on a trek to the hills some years ago. We didn’t talk much initially, but when we did, our stories resonated the same beats, echoing into the far distances stretching before us.

Silence was frequent punctuation, as we dwelled and dealt and reasoned. We were both much younger at the time and apart from finding commonness in our experience of emotions, we had wondered what it was that made our accounts frighteningly similar.

Now I like to think, we simply didn’t have the vocabulary to communicate. In a matter of five days, we had spoken of anger, sadness, numbness, shame, and disconnection, in ways that we didn’t know we could.

Years later, one day, it occurred to me that we hadn’t articulated the obvious – both of us had roots in dysfunctional families. Our facts were as dissimilar as chalk is from cheese, while there being underlying themes that held similar sub-textual content. In time, I went on to meet other people, colleagues, friends, and neighbors, and space of mutual discloser came about.

What emerged were similar patterns separated by factual differences. Those conversations and discussions led me to write this piece

It is typical of a dysfunctional family to be run by adults who display contrasting personalities – one being passive and dependent and the other being aggressive and individualistic and self-engrossed. In this utter perplexity, the child struggles to make sense of their own set of experiences and events unfolding around them.

The aggressive adult oppresses and dominates while the passive one is too apprehensive and submissive to protest.

At a sub-conscious level, a child has to depend unconditionally on their primary caregivers to survive. It is an evolutionary reflex.

So, at a conscious level, when caregivers fail to fulfill their responsibility towards the child, the child is left to believe that the fault resides in him/her and reasons out to himself about the lack of consistent availability of good parenting – he/she assumes that he/she isn’t worth the care and nurturance.

They remain so stressed, scared, and constricted before their emotionally inconsistent parents that they are left with no other choice but to blame themselves for every disagreement between their parents, for the emotional and physical neglect inflicted by them. Because these children are simply unable to play an adult role and take care of their parents, they often feel inadequate and guilty (1)

Now broaden the picture, and you’ll see how we end up carrying these early attitudes into our adulthood, especially if we aren’t initially aware of them.

Feeling dejected and persecuted and in turn, experiencing hurt and pain, becomes the norm.

Personal boundaries include the guidelines and limits one imposes on themselves to identify reasonable and permissible ways for other people to behave towards them and their choices of response to that when people trespass that limit.

A person brought up in a psychologically threatening environment of chaos and lack of order will grow up to create a sense of vague personal boundary for themselves. They will have no clarity of their choices, of their limits, and will be highly gullible in nature.

It’s often thought that only people from families with extreme abuse and manipulation, go on to face boundary issues. The assumption is that the abuse must have either been sexual, physical, or emotional in nature.

The assumption often is accompanied by the “looks of abuse”. In dysfunctional families though, abuse can have an entirely different appearance – it can occur in both overt and covert ways.