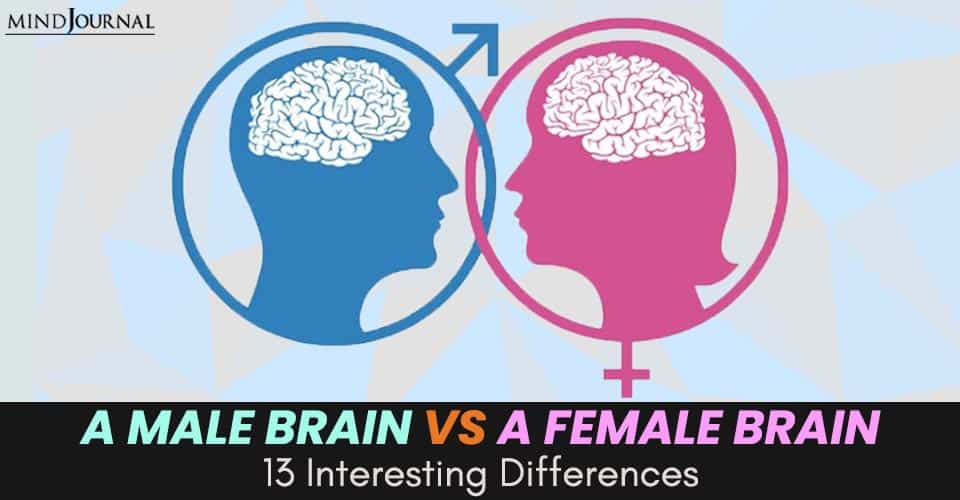 Often in a disagreement or fight, you have difficulty in understanding what new word your girl said. Your girl knows how to use words more articulately than you. Want to know the reason why?

In the female brain, the verbal centers are located on both sides, while in the male they are located only at one side. Also in a normal conversation between a man and a woman, the man uses fewer words to narrate about a particular incident. This is also the reason why girls are more talkative than guys. Girls are good at languages for this reason as well.

Two sections of the brain responsible for language were found to be larger in women than in men, hence, women typically excel in language-based subjects and in language-associated thinking.

Do you remember that guy in high school, whom you went to each time to get stuck at a maths? Well, I will most definitely admit the guys in high school were better at maths than me.

And this was because the parietal lobule which is concerned with performing mathematical calculations and retention of numbers is larger in size in the male brain. Women have a thicker parietal region of the brain, which hinders the ability to mentally rotate objects–an aspect of spatial ability

I know each time your guy goes also macho alpha on you for another guy gave you a too-large smile, you melt and swoon!

Now let’s get down to the nerdy part- The dorsal premammillary nucleus is larger in the male brain which makes them territorial and ambitious.

Women typically have a larger deep limbic system than men, which allows them to be more in touch with their feelings and better able to express them, which promotes bonding with others. Because of this ability to connect, more women serve as caregivers for children.

The emotional differences is subjected to neurochemicals or hormones that are responsible for a lot of our moods. Men have high level of testosterone that boosts intimacy drive, but in some cases this hormone makes them lean more towards anger than calmness.

That doesn’t mean all men are aggressive, but tend to reach a stress limit quickly and may have trouble sitting quietly in one place. Men also have a higher level of serotonin, which helps mood regulation and inspires positive thinking.

On the other hand, women have high levels of oxytocin (which boosts female reproductive functions) and estrogen (that drives relationships, bonding, and socialization). This is why a woman is considered as a storehouse of emotions. She is not only emotionally equipped to handle her but your emotions as well.

The females can employ both logic and emotion while doing everyday tasks. Also, you would see she is more perceptive and receptive to emotions. This because the blood circulation in the female brain is more than the male brain.

It is the difference in the neurochemicals that more men are diagnosed with antisocial personality disorder, while more women receive a borderline personality disorder diagnosis. Men and women process the same neurochemicals differently. For example, serotonin (which is connected to happiness and depression) does not process the same in women. This could be the reason why women are more susceptible to anxiety and depression.

Read The Reason Men And Women Think So Differently. This Guy Nails It

Women are caregivers, healers, and nurturers. Whenever you are sad or depressed, her hug makes you feel all is right in the world. And every time you see your infant bonding with your woman, you cannot help but marvel at her. Do you want a scientific explanation for that?

Here goes: The female brain produces higher levels of serotonin and oxytocin. The oxytocin is also released in the females during childbirth which helps in forming the bond between the baby and the mother.

Read What Near-Death Experiences Reveal about the Brain

Women tend to have stronger brain connections, which could lead to better intuitive thinking, analyzing, and drawing of conclusions. On the other hand men have stronger connections from front to back, which allows heightened perception and boosts stronger motor skills.

The image below explains why – when women are asked to do particularly hard tasks, they might engage different parts of the brain. Men might over-engage just one part of the brain.