How Our Almost Relationship Changed Me 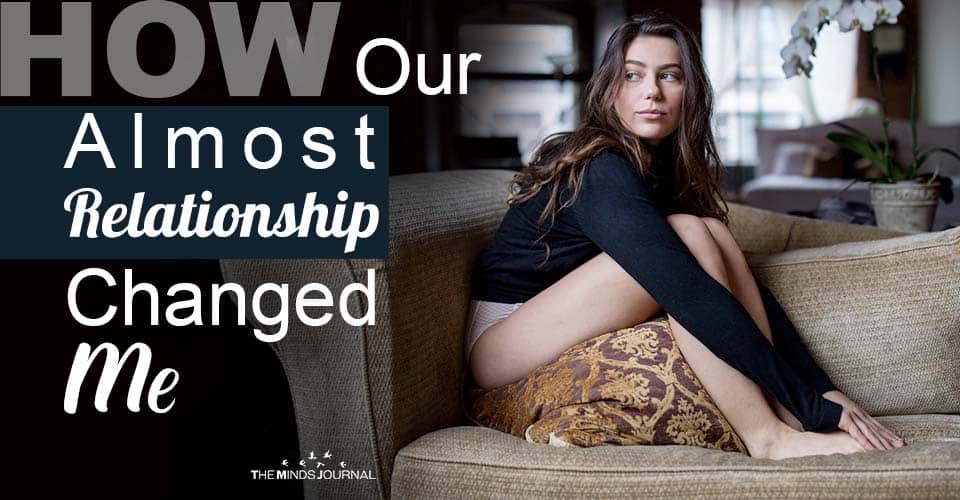 Want to know how an almost relationship changed me as a person?

When I was young, I thought love was as simple as saying, “I like you” to one another.

When my fingertips lingered along the photograph of an adorable couple from glossy magazines, I thought to myself that it was the kind of relationship that I wanted to have, once I become an adult.

When I read a fairy tale book, I convinced myself that happily ever after could happen in real life. And maybe I still do.

So when you came into my life, I was ecstatic. I had my hopes all stacked up in front of me, and I was totally ready to experience something that made everyone’s hearts jump.

I was confident that I would get love right the first time. I was positive that our story was meant to be told across the world, to encourage people, to give them direction, to inspire them.

I believed you when you called me out of nowhere and told me that I was incessantly drilled in the corners of your mind.

But when I asked you about the status of our relationship, of what we were — you suddenly froze.

You began questioning every moment that we shared, every night that we talked, every movie date that we went through, and every park we walked hand in hand. You got frightened that we were heading to a direction that you haven’t made up your mind yet.

You came up with any excuses to call it to quit.

And I was left disoriented. I was suddenly confused about all the kisses, late-night confessions, weekend cuddles, dinner dates, late afternoon runs, hand holdings, and heavy laughter that we had. I doubted whether every word that you said to me was genuine. I wondered if what we had was real.

Because I really thought we were in a relationship. I thought we had the same expectations and goals. Until you made me realize that I was wrong, so wrong.

We weren’t in a relationship. But maybe almost.

And that term “almost” killed me. “Almost” meant we were everything but. “Almost” implied we could be something great, but never did. “Almost” changed me.

I learned that love can sometimes be complicated, messy, faulty, frustrating, and heart-wrenching. But I also learned to accept the imperfect side of it.

Looking to know more about letting go of an almost relationship? Read The Pain and Joy of Letting Go of Your Almost Relationship

I accepted that you can’t stop people from leaving you, but you can stop clinging to them.

I accepted that love can be painful sometimes, but I will always choose to love, regardless of how many scars I get from it.

Someone will surely drop into life and will welcome it with arms open.

If you want to know more about almost relationships, then check this video out below: