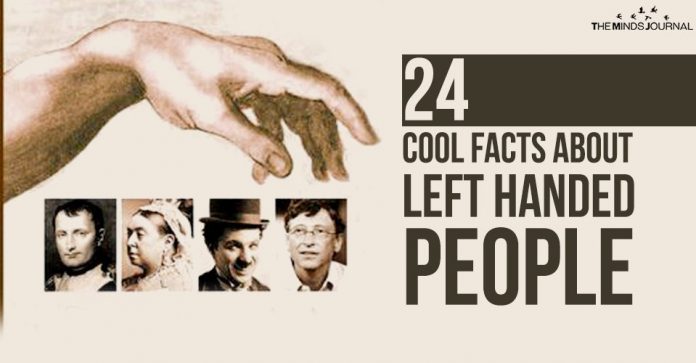 5) They are a pro at sports

In fact, almost 40% of the top tennis players are lefties.

According to MSNBC review of an interesting book The puzzle of left-handedness by Rik Smits, left-handers may have an advantage in games involving two opponents facing each other like boxing or tennis because they get more opportunities to practice against right-handed opponents than vice versa since righties are so much more in number.

They can adjust to seeing underwater better than right-handers

They are more likely to suffer from insomnia

Research says left-handedness is seen in animals as well

Statistical data show that there are more than 30 million left-handers in the U.S.

The UK based Left-Handers Club launched 13th August as the International Left-Handers Day in 1992 to increase awareness about the left-handed lifestyle.

Their website marks this as a day “when left-handers everywhere can celebrate their sinistrality and increase public awareness of the advantages and disadvantages of being left-handed.”

12) They shine in politics

Out of the last seven US presidents, 4 have been left-handed. President Obama, Bill Clinton, George Bush, and Gerald Ford, as well as few Presidents in the past like James Garfield and Harry Truman, are also left-handed.