Do You Worry Too Much? Here’s What You Can Do 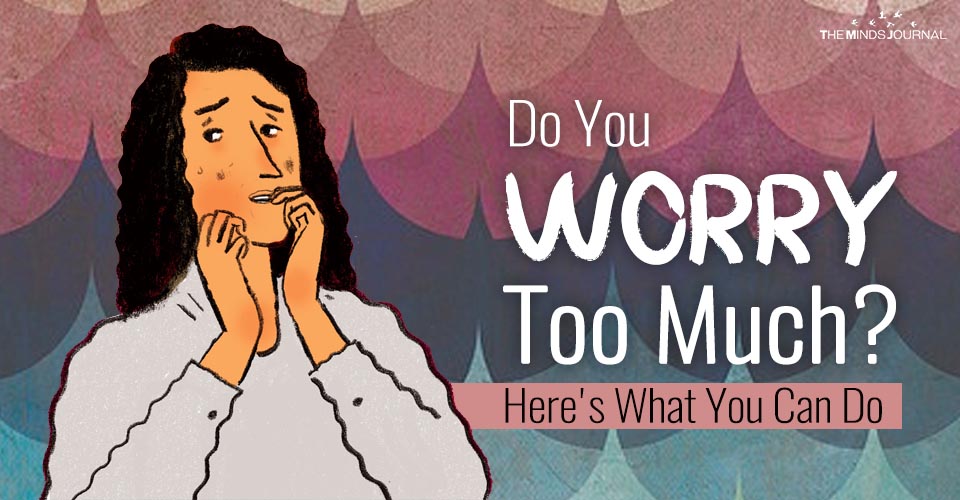 “The happiest people don’t worry too much about whether life is fair or not, they just get on with it.” – Andrew Matthews

How does that usually work out for you?

If you’re like most people who struggle with worry, you probably find that the struggle to stop just brings you more. It’s frustrating. The harder you try, the worse it seems to get. You might even find yourself worrying about how you worry too much.

It’s Not Your Fault

It’s easy, and all too common, to blame yourself for this problem. But it’s not your fault.

Most people get poor results when they oppose their worry. And the methods that psychologists and other professionals have traditionally offered for this problem have often produced disappointing results.

Traditional Remedies For People Who Worry Too Much

Cognitive Behavioral therapists suggest that anxiety is the result of mistaken thoughts and beliefs about yourself and the world around you, and offer ways of noticing, and correcting, these “errors of thinking”. They hope that these corrections will lead to a major reduction in worry, so you no longer worry too much. This works for some people. For others, though, this produces people who recognize the errors in their thoughts, but still feel the anxious reactions and struggle in vain to stop those mistaken thoughts.

A variety of would-be experts have even endorsed “thought stopping”, in which you sternly tell yourself “STOP” whenever you experience an unwanted unpleasant thought. This is almost always more trouble than it’s worth, and you can read about it here if you like. But here’s the bottom line: Don’t even think about thought stopping!

If you have tried these methods and been disappointed in the results you obtained, there’s probably a good reason for this disappointment.

Read 5 Powerful Steps To Calm Your Worry and Anxiety

Chronic Worry is a counter-intuitive problem

The most common intuitive idea of how to respond to anxious thoughts is to “stop thinking that”! This hardly ever works. You probably know some well-meaning friends or relatives who try to help you by telling you not to think about it, and you probably know how useless that suggestion is. It doesn’t work any better when it comes to yourself!

There are lots of problems that are counter-intuitive. If your dog gets off the leash and runs away from you, your gut instinct is probably to run after him. But he has four legs to your two, and the results will be poor. You’ll get better results if you run away from him because then he will probably turn and chase you.

If you’re driving on an icy road and start skidding toward a phone pole, where should you steer? If you steer away from the pole, you’ll probably be talking to your insurance agent soon. You’ll get better results if you steer at the pole because then the skid will take you away from it.

If you’re at an ocean beach and a big wave comes in, and you don’t want to get knocked down, where should you go? If you rush for shore, you’ll probably be swallowing sand and saltwater soon. You’ll get better results if you dive into the base of the wave and let it pass over you.

In each case of a counter-intuitive problem, a good solution is usually the opposite of your gut instinct.

If you use an intuitive solution (like “forget about it!”) with a counter-intuitive problem, you’re probably going to get poor results.

What’s a counter-intuitive response for people who worry too much?

A counter-intuitive response for people who worry too much is one that doesn’t try to stop or oppose the thoughts. Instead, it aims at changing the way you relate to them. It treats anxious thoughts like a heckler. It’s not a good solution to ask the heckler to stop talking or to go out into the audience and have a fistfight with the heckler. Some of the best ways of responding to a heckler involve working the heckler into your routine.

Read Using Psychology to Deal with Crisis: How to Manage Worry and Anxiety During Covid-19

The use of worry appointments is a good example of a counter-intuitive response. Singing a funny song to yourself about anxious thoughts is another example.

The main reason people continue to worry too much, despite their best efforts to stop, is that they use an intuitive response (like telling yourself to stop thinking about it) for this counter-intuitive problem. This is the main cause of the frustration and sense of failure people experience when they try to stop worrying.

Finding counter-intuitive responses, and practicing them, is a much more likely way for you to worry less.

Dr. Carbonell maintains a web site that’s overflowing with free articles and resources for people who struggle with fears and phobias. Take a look, at www.anxietycoach.com.

Worrying too much sometimes is a part of being human, and everyone does it at some point or the other. However, you need to take care of your mental health and try to not let the negative thoughts completely take over your mind. Peace of mind is one of the best things to have when it comes to sound mental health.

If you want to know more about what to do if you worry too much, then check out this video below:

Dave Carbonell, Ph.D. is a Clinical Psychologist who specializes in treating anxiety. He is the author of four self- help books: Panic Attacks Workbook, The Worry Trick, Fear of Flying Workbook, and Outsmart Your Anxious Brain: Ten Simple Ways to Beat the Worry Trick. He is the “coach” of the popular self-help site, anxietycoach.com, and has taught workshops on the treatment of anxiety disorders to more than 10,000 therapists in the U.S. and abroad. He received his doctorate in clinical psychology from DePaul University in Chicago in 1985 and has maintained a practice devoted to the treatment of anxiety disorders in Chicago since 1990. In his spare time, he is the founding member of The Therapy Players, an improvisational comedy troupe of professional psychotherapists in the Chicago area.View Author posts 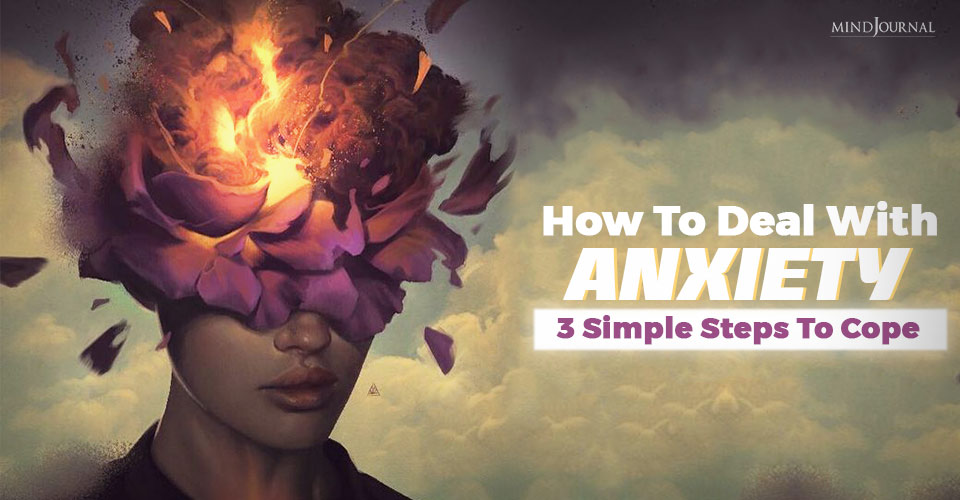 How To Deal With Anxiety: 3 Simple Steps To Cope

What are you avoiding? Who could you talk to about it? How could you make it easier? Make your list now. Ask yourself, “How would it feel to have all of these problems solved?” 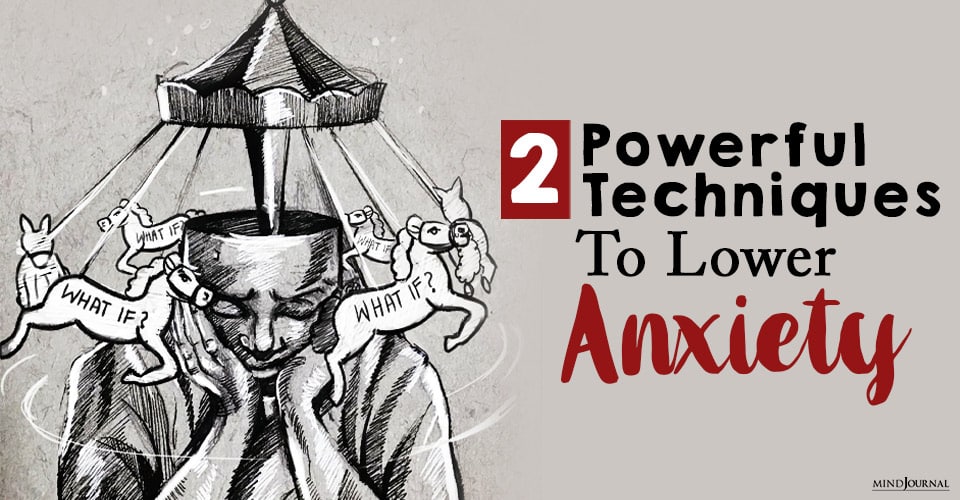 How To Lower Anxiety: 2 Powerful Techniques

A mind and body approach to lower anxiety. 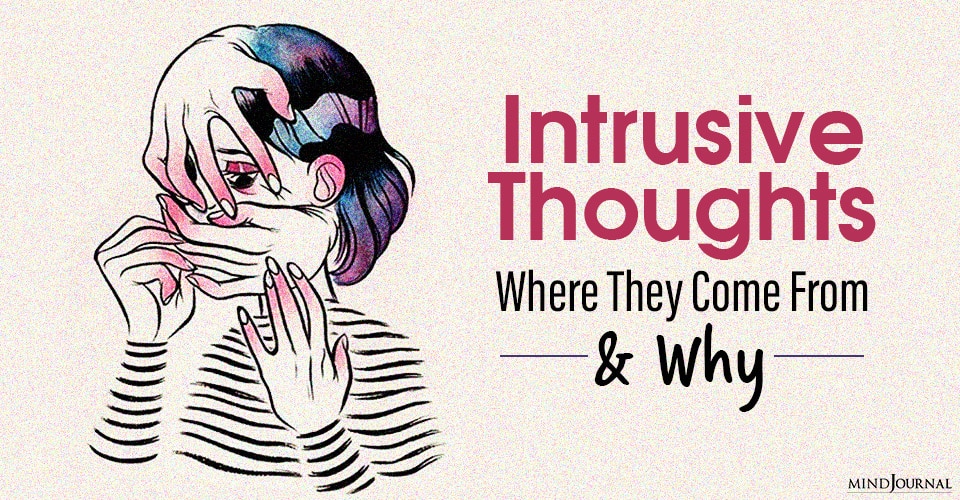 Intrusive Thoughts: Where They Come From and Why

Understanding emotions assists a person in knowing himself or herself, garnering support, and keeping both unconscious and conscious anxiety at bay. 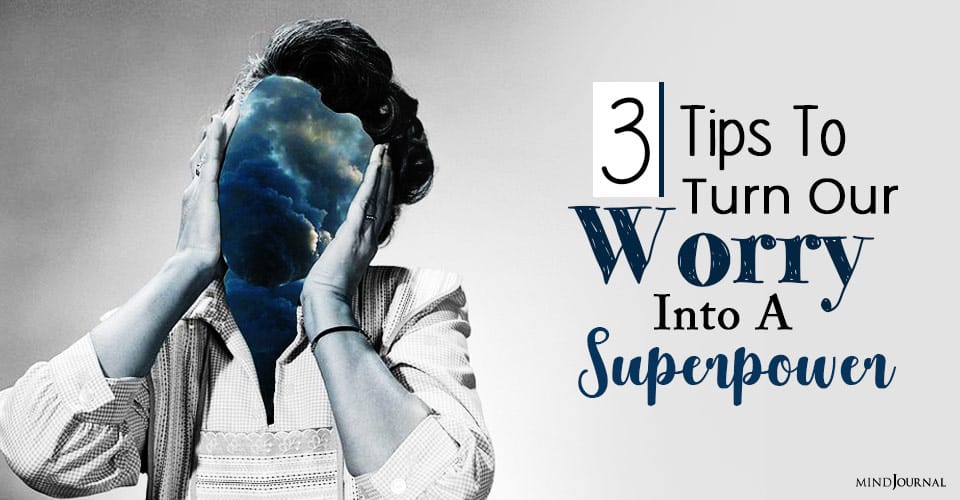 How Do We Turn Our Worry Into A Superpower: 3 Tips

We don’t need to calm down. We need to embrace our worry as our new superpower. Here’s how to do it. 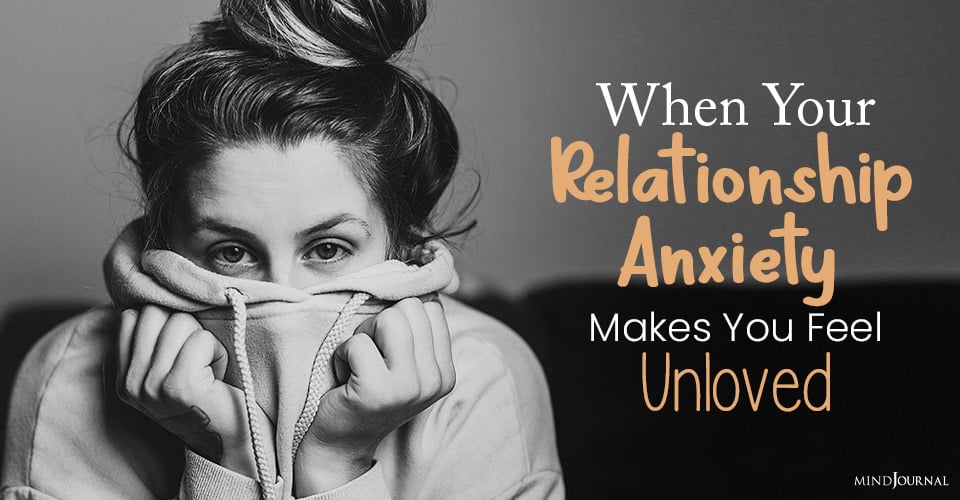 When Your Relationship Anxiety Makes You Feel Unloved

If you live with anxiety, you may constantly doubt your relationship 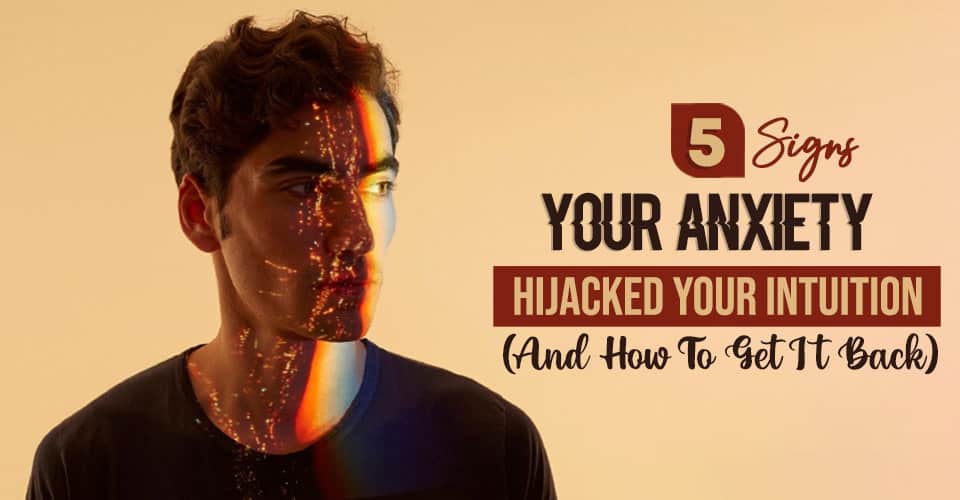 When anxiety is present, it’s impossible to access your intuition. 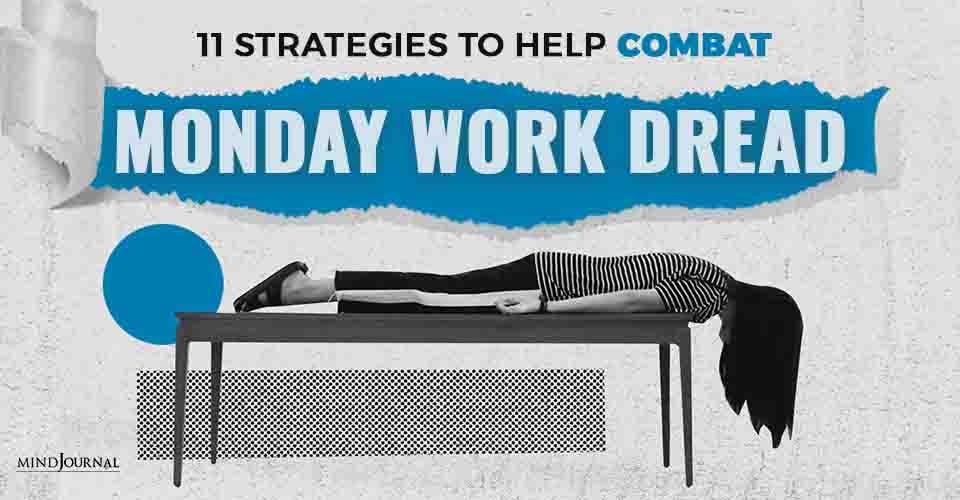 If work dread is having an impact on your life, these tips might help.