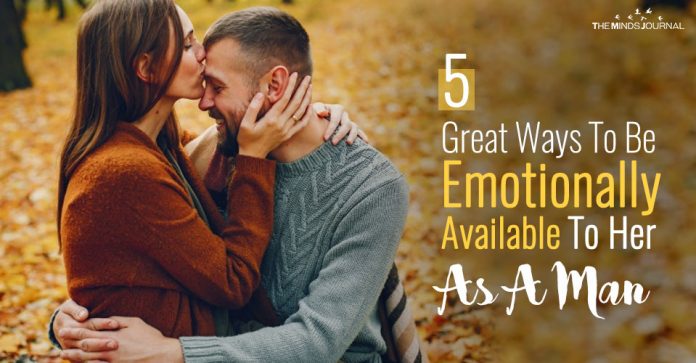 Forget safety.
Live where you fear to live.
Destroy your reputation.
Be notorious.
~ Rumi

Why is it that in nearly every personal development group I’ve attended where some kind of emotional vulnerability is involved, and there have been many, women outnumber men by between three or five to one?

The only exceptions I’ve noticed are for the more mental disciplines such as NLP, and sexuality workshops (aka Western tantra).

It seems many men can easily go for intellect and sex but somehow miss out on the emotional connection that brings real fulfillment.

It would seem that the majority of men, even those adventurous enough to explore the world of personal development, continue to hang out in an emotional safety zone.

Before I outline a simple process for helping to achieve this, there’s something I want you to know about me. I’ve done some of the toughest physical work on the planet. I’ve bent my back laboring on building sites in mid-winter gales and the burning sun of summer. I’ve dug six-foot deep graves in the pouring rain with only a pick and shovel. And in ice and snow, I’ve hauled fair-sized trees out of the forest with my bare hands. I’ve done the macho thing.

But all that pales into insignificance compared to the strength I’ve had to find within myself to make the emotional hero’s journey that befalls us, men, today.

The most challenging adventure for us men today is to learn to fully feel our emotions.

Most people, in my observation, are terrified of looking inside themselves. This is true of both men and women but it’s the men who struggle most. Men generally would rather push away challenging emotions than look them in the eye and walk into them in the way our ancestors faced down saber-tooths.

I believe that by far the most challenging adventure for us men today is to learn to fully feel our emotions. The challenge is to come out of our heads and begin to feel more deeply into our bodies. To learn to express our most intimate thoughts and emotions – to other men and to our womenfolk – is our hero’s journey.

I believe we are living through the emotional equivalent of the Wild West. It’s a frontier where no one quite knows the rules if indeed there are any rules to be found.

This frontier requires men with a warrior spirit. I don’t mean going into forests and beating our chests and whatever. Although if that kind of thing does it for you, go for it. No, I’m talking about the warrior spirit of the man who is willing to look deep inside himself, to inspect the darkest places in his mind where few dare to tread.

This is today’s wild frontier. It is not in the external world, not in space nor in the depths of the oceans, but is inside everyone one of us.

It is a challenge greater than that of climbing mountains or driving race cars or whatever your adventure of choice may be. It is a quiet, largely unseen stage that this hero’s journey is enacted upon.

Few of us will gain any applause or public acclaim for making this journey. The drama of derring-do is not this way. Most of our great battles will be fought and won without the world knowing. There will likely be no shouting headlines for these heroes.

Women will see us and respond to our courage and our ability to fully and deeply love them.

But some will know of our inner successes and triumphs. Some of our more aware male friends will see the calm courage in our eyes and hear the newfound spirit in our voices. They will respect us, often without fully knowing why. It will be a feeling they have that in us a new breed of man is being born. They will feel our warrior spirit of emotional strength only rarely seen in the world until now, in those great figures of history who lived to the beat of their own drum of truth.