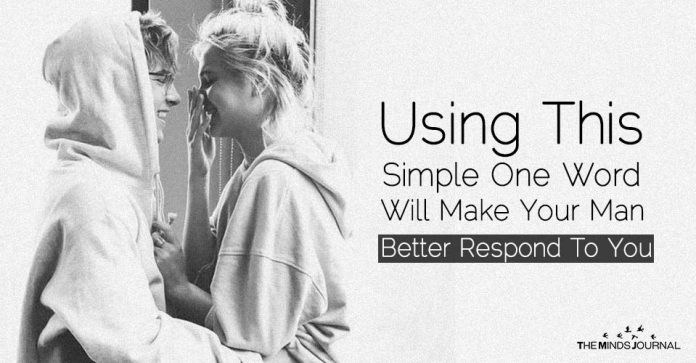 I admit that when I talk about dating, relationships, and ‘courtship’ in the modern day sense, my articles are a little biased. Meaning, since I write from my own perspective, I often don’t take into consideration the fact that each of us grows up differently in unique environments and is exposed to different types of normalcy.

Many times, women respond to my articles and tell me that they feel as though men were simply not raised or taught to act in the ways that I think they ‘should’ act. This raises the problem of ‘you don’t know what you don’t know’ and is essentially the same as asking someone to do something that they’ve never been shown how to do.

This, among countless other reasons, is why communication is so important in relationships. It’s important because we all have different expectations, outlooks, and languages that we speak. It is often said that women are more emotional and men are more logical in how they communicate, which can definitely be true – but it is also true that men instinctively want to make the woman in their life happy, and will do whatever it takes to accomplish that task.

We can begin to see a pattern that often times, while the willingness is there, the know-how simply is not. This goes for most men, particularly because every relationship will be different and he may need some help finding his druthers in the beginning.

Women may become frustrated or increasingly jaded as they meet men who are seemingly clueless, but the cycle created by this is as follows:

– Man doesn’t know how to make woman happy but doesn’t communicate it.
Woman is tired of men never putting in effort, not realizing they simply don’t know how.
– Man feels hopeless and begins to recoil from the relationship because he feels he can’t do anything right.
– Woman or man gives up and moves on because it’s just not going to work.

And the cycle continues…nobody is at fault except for inefficient communication. So, how do we break this pattern?

Men respond differently to how they are approached. If you say, for example:

“I think you’re ignoring me.”

“Why didn’t you call me when you said you would?”

“You should have let me know you were going to be late.”

You may not realize it, but putting the focus on what he’s done wrong completely deflates him and he will more than likely feel discouraged and respond in his own personal way. Some men get quiet, some men get hostile, but regardless of how they respond to you (right or wrong) the message they hear is the same: You telling him he is inadequate for what he did or how he thinks.

Instead, consider these alternatives:

“When you don’t respond to me, it makes me feel ignored.”

“When you didn’t call, it made me feel like I wasn’t important.”

“When you don’t tell me you’re going to be late it makes me feel like you don’t value my time.”

I guarantee you will get a different response from him.

The magic word…feel. When communicating with a man you’re involved with, watch how his responses to you change when you start telling him how his actions make you feel. Since, as we discussed earlier, he wants to make you happy – knowing he is making you feel a different way will wake him up and understand the situation better. It will sound more collaborative rather than combative. It will give him direction rather than cut him off at the knees. It will make him feel like you are communicating with him, rather than pointing out his flaws.

zanem
I am a journalist, a blogger and an aspiring author and I write mostly about relationships, abuse, human psychology and spirituality.
-Adverts-