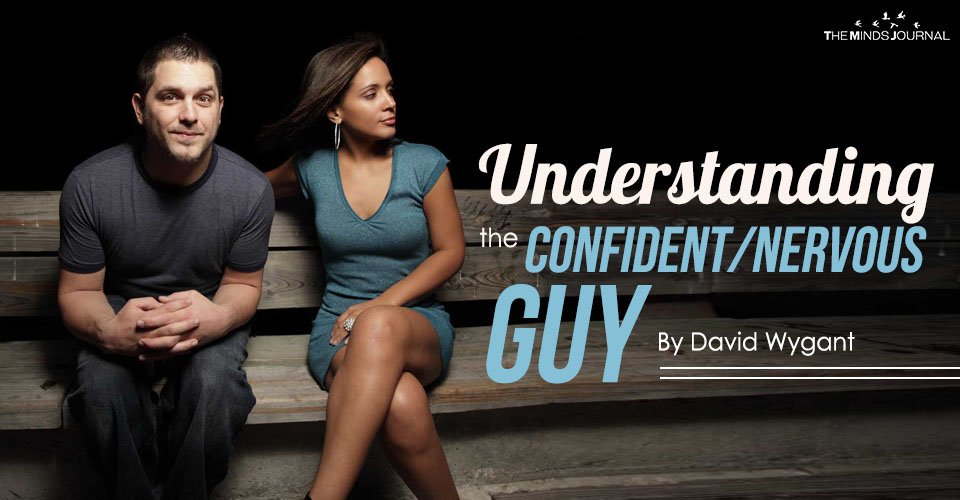 So let’s say there is a guy you are attracted to whom you see all the time. When you see him, he’s always out with his friends, laughing and just having a great time with his buddies. Every time you try to talk to him, though, he gets all nervous.
You’ve got to understand something about this guy. You think this guy is so cool, calm, collected and confident. The truth is that if he’s nervous around you, then he’s interested in you.

Just look at his personality. That’s something that I always tell women.

A lot of times when a woman is attracted to a guy and he acts like this, i.e., confident and friendly with his friends but nervous around her, she interprets this seemingly stark change in his behavior as an indication that “This guy isn’t interested in me.” She will interpret his nervousness as deliberate unfriendliness toward her.

In reality, this guy IS interested in you precisely because he is not acting like himself . Watch what this guy does and think about it for a second.

The minute he starts talking to you, however, he seems to get really nervous. His hands go in his pockets. He might rock back and forth a little bit.

Read 9 Reasons Why Strong, Sensitive Men Are The Best Men To Love

So what do you do in this situation? You’ve got to bring it out of him a little bit more.

For one thing, you can always ask him “Do I make you nervous?” You can confront him right away if you feel like taking the direct approach.

You can also just be really calming and ask him questions about things. When you’re in a conversation with him, maybe go a little deeper and start asking him more questions about what he’s saying. Get him to relax a little bit. You could laugh at one of his jokes.

The fact is that life is about energy, and whatever energy someone brings into a dynamic can affect the energy of the others. So when this guy is nervous, you become nervous and then the two of you will become nervous together.

So if you like this guy or you think you might like this guy, it may be up to you to bring a calming energy into your conversation to draw out his calmer side. Life is a two-way street ladies. It really is.

You need to embrace that you are in control of your dating life, and I’m here to help you.