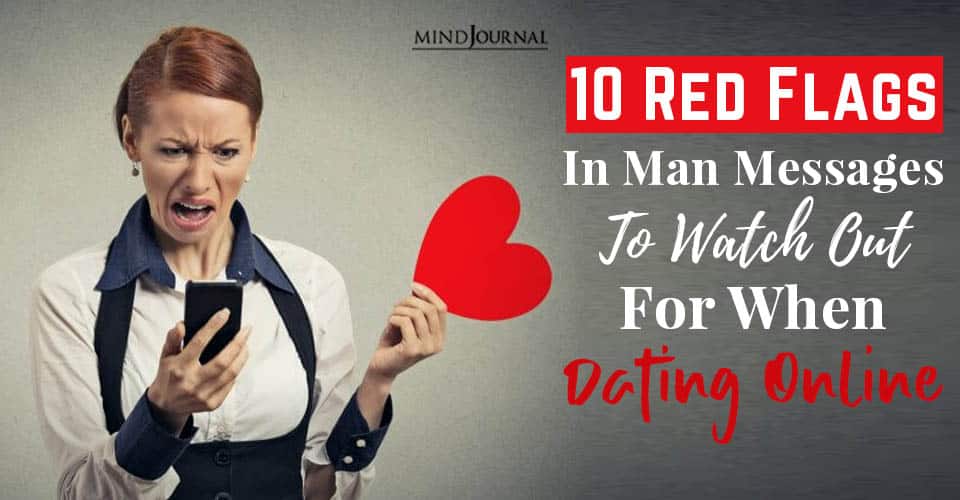 As far as online dating is concerned, it can be thrilling, interesting, and disappointing in equal measures; it all depends on what kind of men you are interacting with. You will come across many red flags in the world of online dating, and that’s how you will be able to differentiate between the good ones and the not-so good ones.

You can learn a lot about a man by reading between the lines of his email.

Pay attention to his tone. Is his script negative and complaining? It’s a sign he’s jaded, he has anger issues with his ex or he plain doesn’t respect women.

Does he try too hard to impress you? He has an ulterior motive; he’s a player, a scammer or serial dater.

Does he boast and brag? It’s a sign of insecurity or a red flag of a self-absorbed narcissist. Either way, you need to pass on him.

Is he vague about who he is and his past? He’s hiding something, maybe a wife or girlfriend, financial problems, or a jillion other personal problems.

Bottom-line, if a man’s message pings your gut, it’s your intuition trying to warn you, this guy may be bad news.

That being said, there are newly divorced and widowed quality men on dating sites who are genuinely looking for a woman with whom to share their lives. They haven’t dated in decades and they may come off as goofy and clumsy in their emails and text messages. Give these guys a chance to prove their salt before passing judgment.

Here are some of my recent messages from men who are insincere, dishonest and predatory—and how I responded.

FitforFun&Sun emailed me saying, “I loved your profile. I would love to get to know you better.”

He was handsome enough and his bio was seemingly intelligent. I emailed him back and he never asked to meet me, he instead generated a series of conversational messages.

Ladies, unless you want a pen-pal, tell the man, who wastes your time with endless emails, thanks but no thanks.

Related: 5 Warning Signs Your Internet Relationship Is Not Real

StartingOver messaged me a couple of 2-liners, asking me did I like to cook and what were my favorites things to cook, and then he invited himself over to my house for a home-cooked meal.

“I would like to try your cooking, it is probably better [than taking me to a restaurant!], I can bring a favorite beverage of yours if you like.”

I replied: “FYI: it’s not polite or appropriate to ask yourself over for dinner on first meeting. Or even the second or third. Wait for a woman to invite you over. I wish you the best in your journey.”

LawyerMan and I met for drinks and we had a lovely time—and then I didn’t hear from him again. Weeks later he sent me a text message, Hi, Would you like to get together again.

“Sure,” I replied. “I thought we got along fabulous.” I didn’t hear back from him; 4 weeks later he sent me Valentine’s greeting.

I replied, “So glad to hear from you. I thought you had died and gone to heaven.”

I think the lawyer truly liked me but, in all honesty, I believe he was intimidated by my confidence.

Want to know more about the red flags in online dating? Check this video out below: