How Kissing Adds Years to Your Life 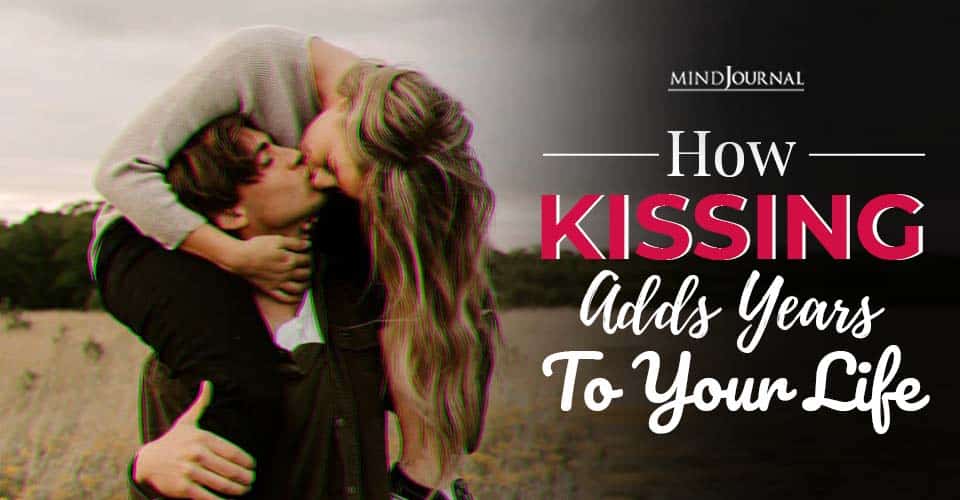 Kissing adds years to your life and can restore not only emotional well-being and physical health but longevity as well. Here’s how.

Linda: A psychological study done in Germany during the 1980s found that the men who kissed their wives before going to work in the morning lived an average of five years longer than husbands who didn’t kiss.

The kissing husbands earned 20 to 35 percent more money and used less sick time than their peers who left with no goodbye kiss. In this same study, a sampling of Germany’s top 110 industrial managers shows that the 87 percent who left home after kissing their wives saw an increase in pay and held their management positions. This same research outfit reported that not kissing one’s wife before leaving in the morning significantly increases the possibility of a car accident.

Read 11 Types of Kisses: What a Man’s Kiss Means About How He Feels

Here is Szabo’s summary of findings:

“Husbands who leave home in the morning without kissing their wives do so either because the couple has had a spat, or because they have gown apart. In either case, the husband begins the day with a negative attitude. He tends to be moody and depressed. He is disinterested in his work and surroundings. While a great many men feign indifference to their wives nearly all of them are deceiving themselves. Even if a man has ceased to love his wife, he is still influenced by her attitude toward him. Our research proves this and conclusively so. A husband who kisses his wife every morning before he goes to the office begins the day with a positive attitude. His feeling of harmony is reflected physiologically as well as mentally.”

The psychologists who analyzed the data do not believe it is the kissing alone that accounts for such a significant outcome between the two groups; it’s the positive attitude that is strongly associated with a healthy lifestyle.

It’s quite clear from the study that the strong bond that comes from regular kissing promotes not only emotional well-being but physical health as well.

During the act of kissing sensations go directly to the limbic system that is the part of the brain associated with love, passion, and lust.

As the neural impulses travel from lips, tongue, facial muscles and skin, a love cocktail is produced in the body causing a natural high. The love cocktail is composed of neurotransmitters and hormones including dopamine, oxytocin, serotonin, adrenaline, and endorphins.

As a marriage counselor, I want those I work with to utilize the natural high that comes with a terrific kiss. I have a multifaceted approach encouraging each couple to work out the challenging issues that trouble them by learning to communicate well, negotiate for their needs, practice getting complete by using learning from their experience, apologize for causing harm, and forgive after having been harmed.

Read The Way You Kiss Based on Your Zodiac Sign

These methods clear a passageway for the fondness and affection system to flourish and for romance to become a regular feature of their partnership once again.

Regular check-ins, dates, fun adventures, and novel experiences all work together to bring a relationship back to a place of enjoyment.