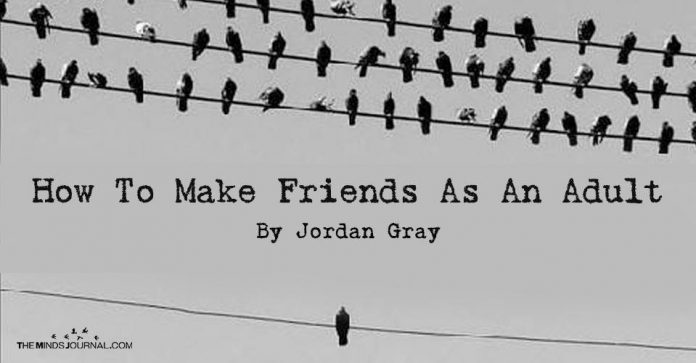 How To Make Friends As An Adult (7 Steps)

Follow these 7 steps to make friends as an adult.

Let me start with a personal story…

When I started this website (back in 2013), I made a conscious decision to de-prioritize the majority of my friendships and focus primarily on creating value for my readers. 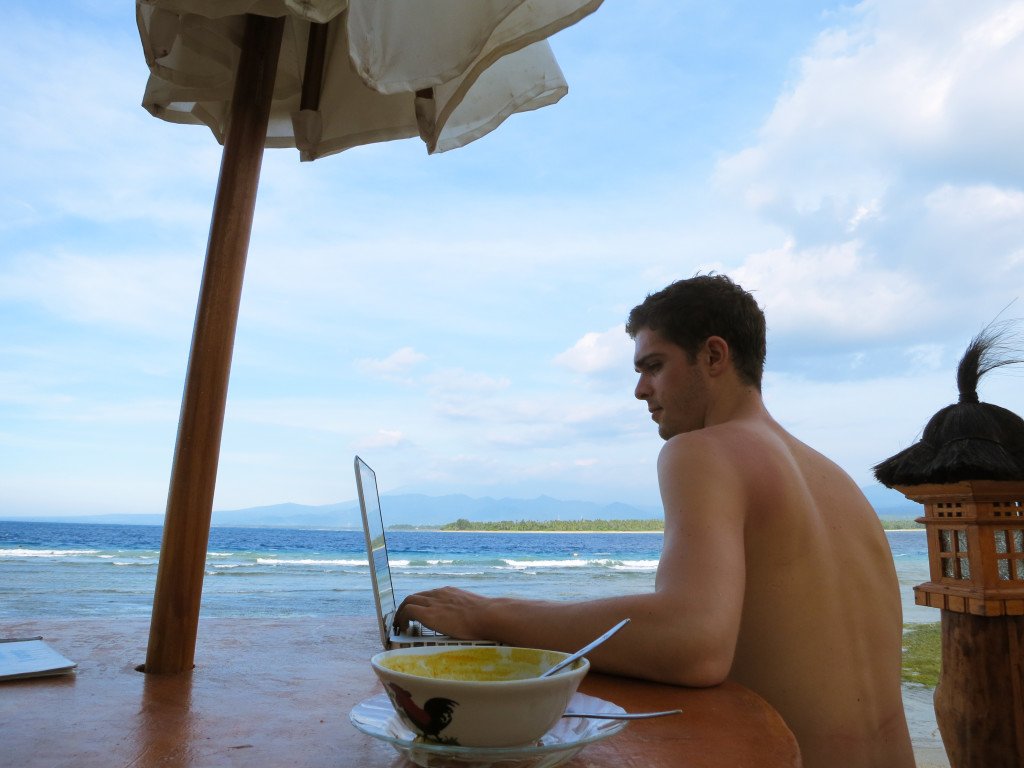 I also left my country, which has an immediate isolating effect.

I would go months without seeing certain friends. When I did socialize with select people, I would be distracted because I would feel guilty for not working. I rarely extended to my friends and often made them reach out to me before we would hang out.

After utilizing this strategy for several years, I had a readership of over a million readers per month… and only a small handful of good friends. As this trend continued, I eventually found myself feeling extremely isolated and alone.

And the worst part was… I knew that it had been my choices that had gotten me there. I had constructed an ivory tower of isolation. I had a successful business… but it felt empty because I didn’t have any close confidantes to share my successes with.

I reached a breaking point with my aloneness in 2016 and made it my primary focus to invest in friendships and community. Now, a year after that intention was set, I can honestly say that I currently have the most fulfilling sense of community around me that I’ve ever had. 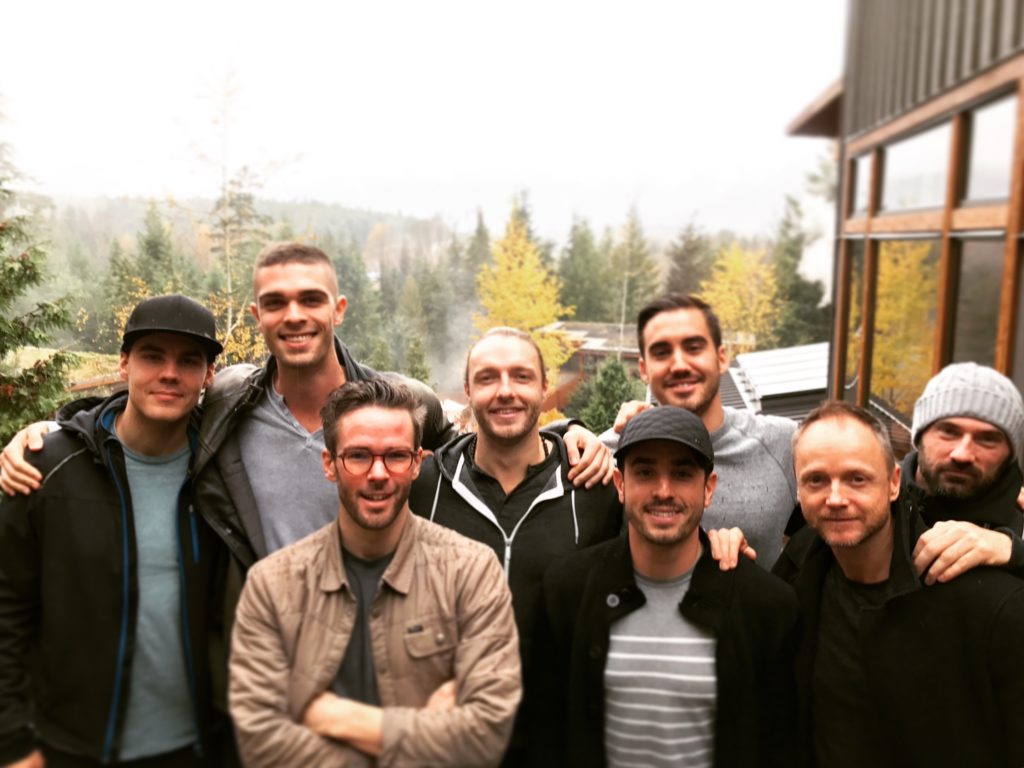 I wake up every day with offers to do multiple things, and I know that there are at least a dozen people who have my back, and know and see the beauty of my heart. And I return these same sentiments for them. The interconnectedness between me and my tribe keeps me afloat during challenging times, and they give a joy and sense of buoyancy to my daily life.

But getting to this place didn’t happen overnight…

Social Ties Are The Primary Predictor Of Happiness

As a society, we are getting increasingly lonely.

In a 1985 study, the average person stated that they had three close confidantes (people that they felt knew their lives intimately).

The same study was done again in 2004, and the most common response to the same question was zero. So if you’re feeling lonely, you aren’t alone in your feelings of aloneness.

These days, we are more connected in a superficial way, but we are lacking in deeper connections. And it’s primarily these deeper connections where we actually get the health and happiness benefits that come from our social ties.

I get a question, on a weekly basis, along the lines of “I’m XX years old… and I don’t have any friends. How do I go about making friends as an adult?”

If you’ve struggled with this problem in the past, or you’re struggling with it today, the following seven tips could literally add years to your life.

One study showed that an absence of friends is, to your health, akin to smoking 15 cigarettes a day.

In fact, social connections are the highest predictor of our overall happiness (70%) and levels of financial success.

Without further ado, here are seven tips to help you make friends as an adult.

7 Steps To Help You Make Friends As An Adult

It used to be so easy when you were still in school, and your social circle was pre-built around you.

But if you’re out of school and you don’t particularly love your co-workers, how do you go about making friends as an adult? 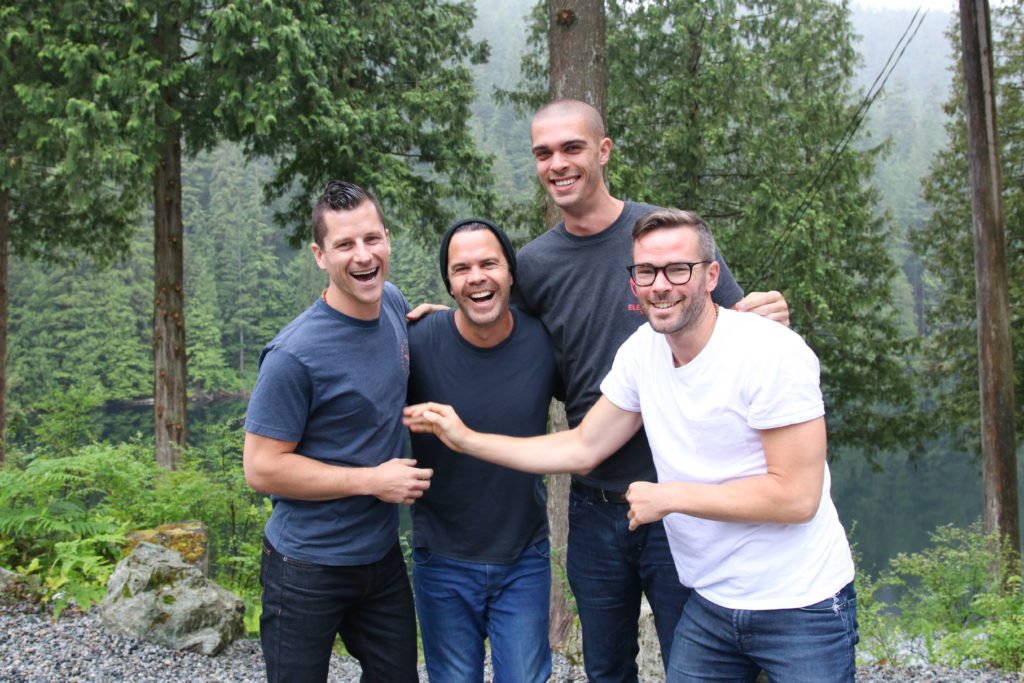 1. Reconnect, or go deeper, with your existing friendships

Chances are you have some friends that you used to be closer to who still live in the same city as you.

“At a very basic level, people will be happier to be around you if you have quick nunchi,” says Hong.
Read more
Lifestyle

Do you want to talk to your pet? Telepathic communication between you and your pet involves two-way human animal conversation through the transfer of thoughts, feelings,, perceptions and instincts.
Read more
Lifestyle

The healing power of dance can not only enlighten our soul, but improve our overall physical and mental well being. Here's why you need to get grooving.
Read more
wpDiscuz
0
0
Would love your thoughts, please comment.x
()
x
| Reply