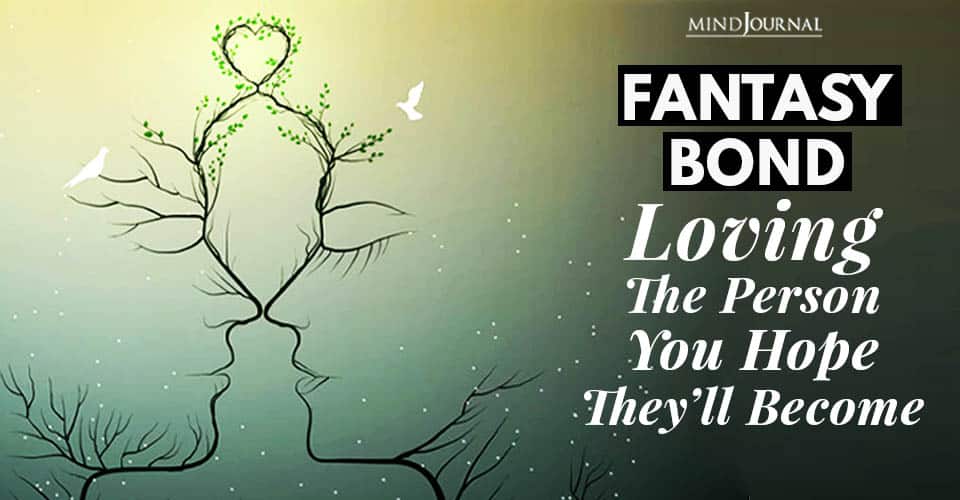 Is it true, genuine love or a fantasy bond that you share with your partner? Many times, people tend to confuse fantasy bonds as love, and knowing the difference between the two is crucial to be happy.

One of the hardest things about leaving an abusive relationship was grieving the loss of the fantasy relationship I had in my head.

The one I’d been waiting and hoping for. For so long.

The perfect man I thought my ex would one day become.

Want to know more about a fantasy bond? Check this video out below:

The man of my dreams

When I first met him he was charismatic and charming. He promised the world and swept me off my feet.

I saw a glimpse of that perfect man of my dreams. The blissful marriage I’d dreamed of ever since I was a child.

It soothed my insecurities, made me feel whole. I clung to that fantasy from that moment on.

But then he disappeared. Some nasty guy showed up. The first signs of emotional abuse appeared. No sooner did he hurt me, the charming, fantasy man would reappear.

I must have imagined this abuse, I thought. I minimized it.

Especially as he was now promising me that nasty guy wasn’t the real him. He reassured me I’d only see that wonderful side of him from now on.

The high I felt from that fantasy man was as great as he was fleeting.

It never took long for him to disappear again and the sullen, moody nasty man would replace him. He became ever more elusive as time wore on.

Related: Signs You Don’t Love This Person, You Love The Idea Of This Person

I longed for Mr. Nice Guy. Wanted that dream man I’d first met. I went into a desperate, futile search for ways of getting him back and keeping him by my side.

I changed my behavior. Accepted the blame. Tried everything. Nothing worked.

I became addicted to getting that high again. The one my fantasy man gave me like a drug. By now it was the only thing that could make me feel good about myself again.

It was an addiction that almost killed me. My ex-strangled me one day.

When I finally found the courage to leave, what hurt the most was grieving the loss of that fantasy I had in my head.

It hit me hard when I realized how much I had lost. In a way, I lost my innocence after being in denial for years.

It took a lot to admit to myself, I’d been waiting and hoping for a dream man I had in my head.

I now had to accept this was a fantasy image of a man I had projected onto him myself.

The veil lifted off. My dream man was not who my ex really was. The truth was he was an abusive man whom could hide behind this facade at times.

I had convinced myself if I could rescue my ex from his damaged past then I would bring out the ‘real him’ forever. This fantasy guy was also who my happiness now depended on.

I thought it was within my power to save and change him into the man of my dreams. The one I’d convinced myself he was.

When I finally saw the truth it was painful. My dreams of a wonderful future together were also shattered. That hurt. A lot.

This was a dysfunctional relationship. In a sense, we were both bonded by fantasy.

It was me who needed saving. I was as damaged as he was. As insecure too.