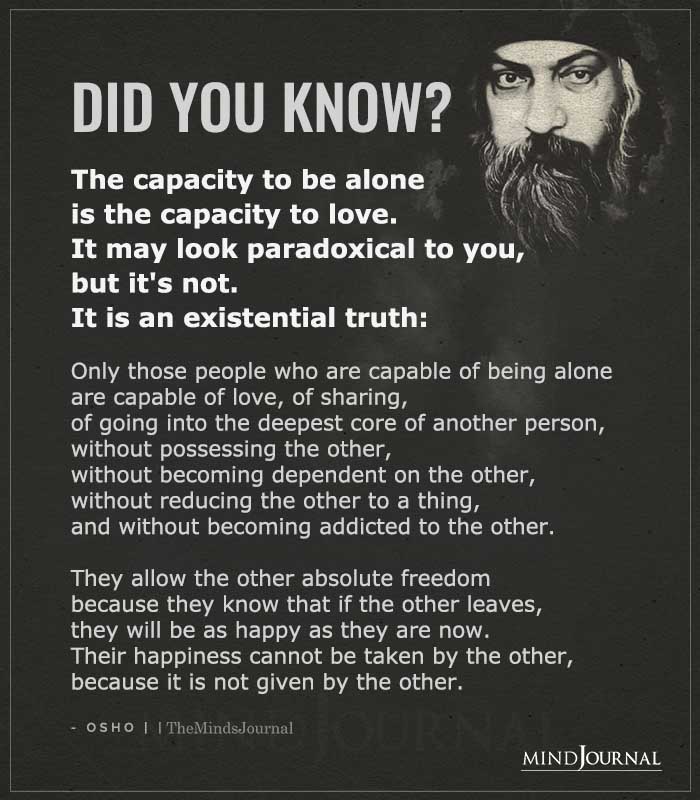 DID YOU KNOW?  The capacity to be alone is the capacity to love. It may look paradoxical to you, but it’s not. It is an existential truth:  Only those people who are capable of being alone are capable of love, of sharing, of going into the deepest core of another person, without possessing the other, without becoming dependent on the other, without reducing the other to a thing, and without becoming addicted to the other.  They allow the other absolute freedom because they know that if the other leaves, they will be as happy as they are now. Their happiness cannot be taken by the other, because it is not given by the other.
– Osho 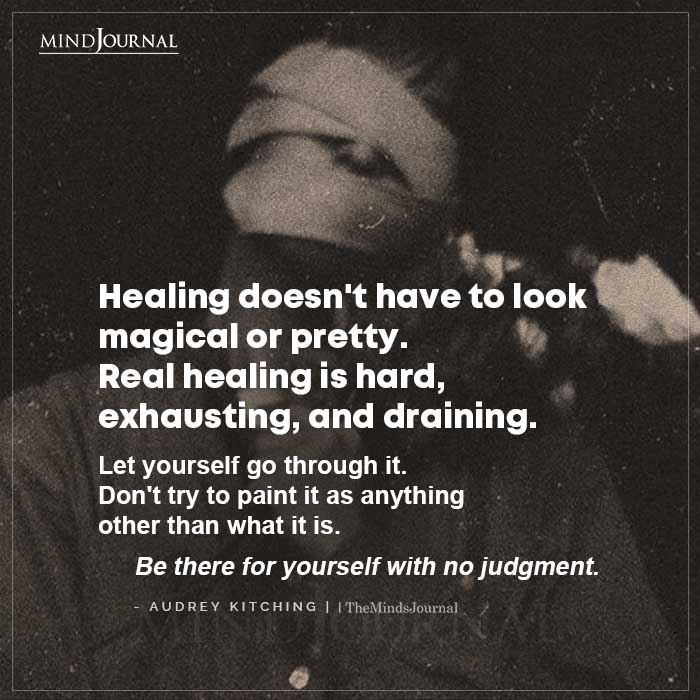 Healing Doesn’t Have To Look Magical Or Pretty

Be there for yourself with no judgment. 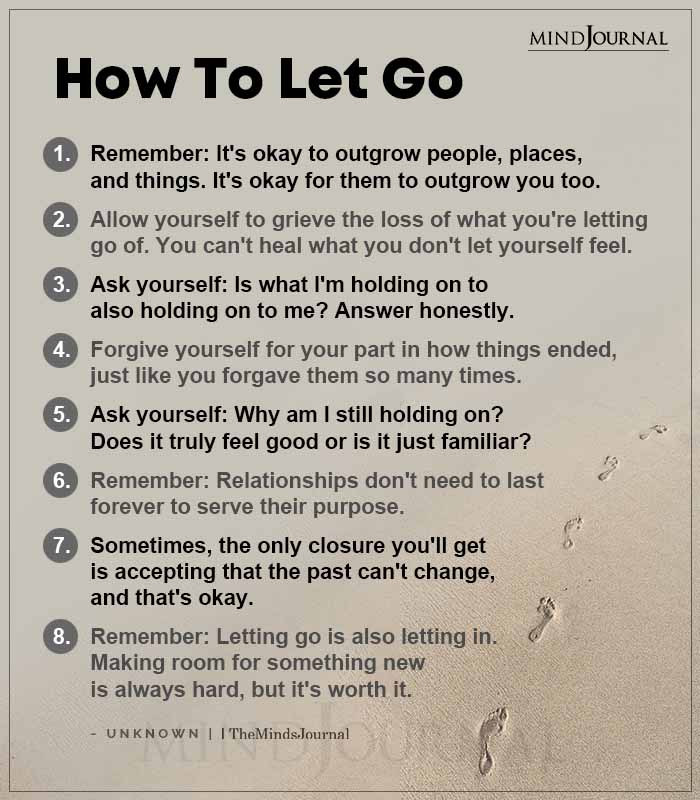 How To Let Go Remember It’s Okay To Outgrow People

Change is never easy. We fight to hold on and we fight to let go. 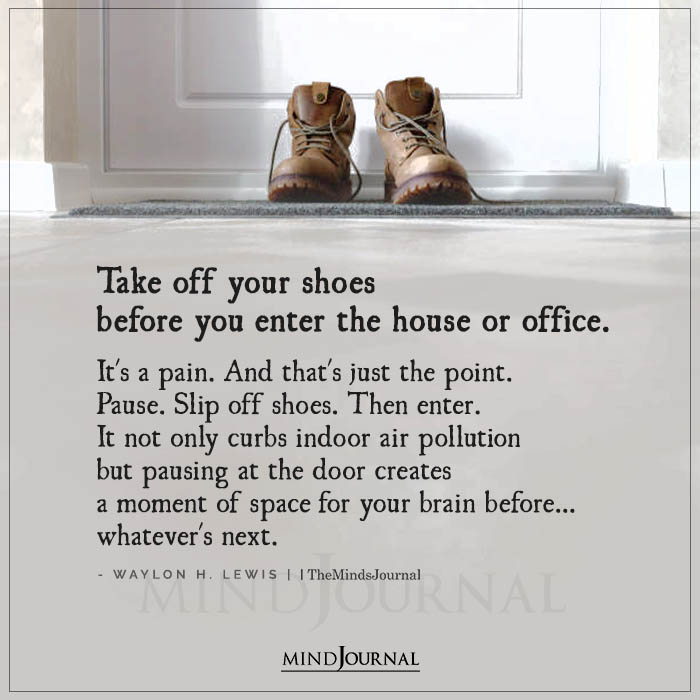 Take Off Your Shoes Before You Enter The House Or Office

Pausing at the door creates a moment of space for your brain. 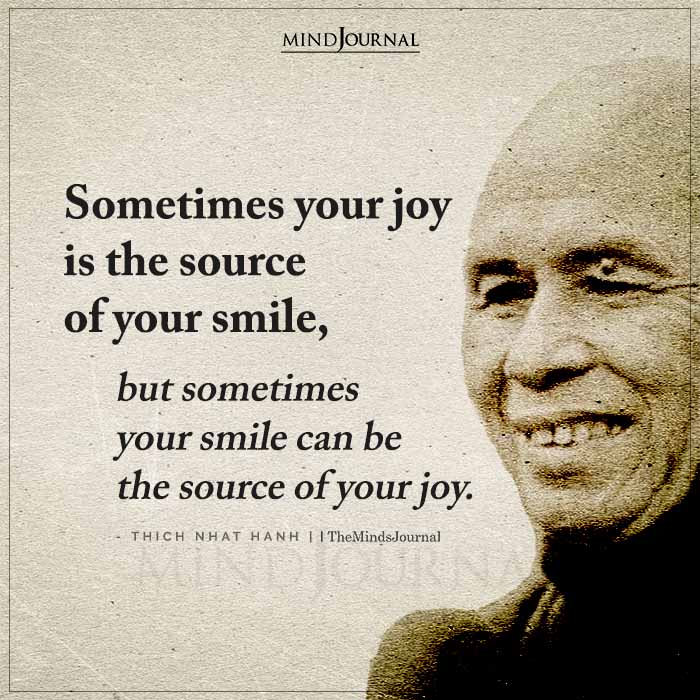 Sometimes Your Joy Is The Source Of Your Smile 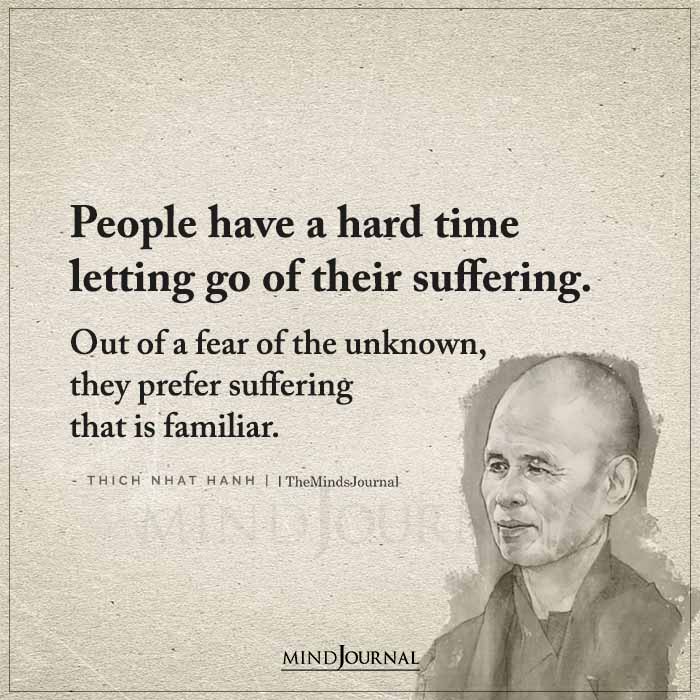 People Have A Hard Time Letting Go Of Their Suffering

“People have a hard time letting go of their suffering. Out of a fear of the unknown, they prefer suffering that is familiar.”― Thich Nhat Hanh 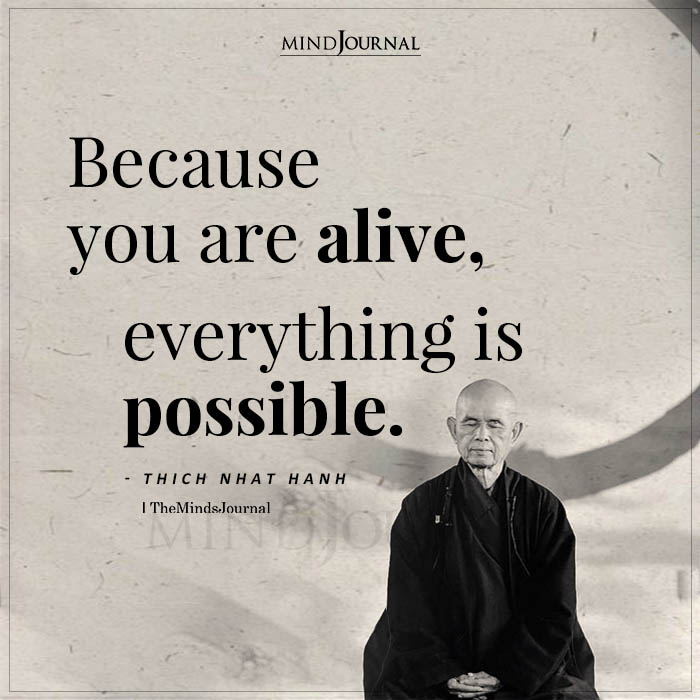 Because You Are Alive

“Because you are alive, everything is possible.”― Thich Nhat Hanh, Living Buddha, Living Christ