What Types Of People Don’t Cheat On Their Partners? 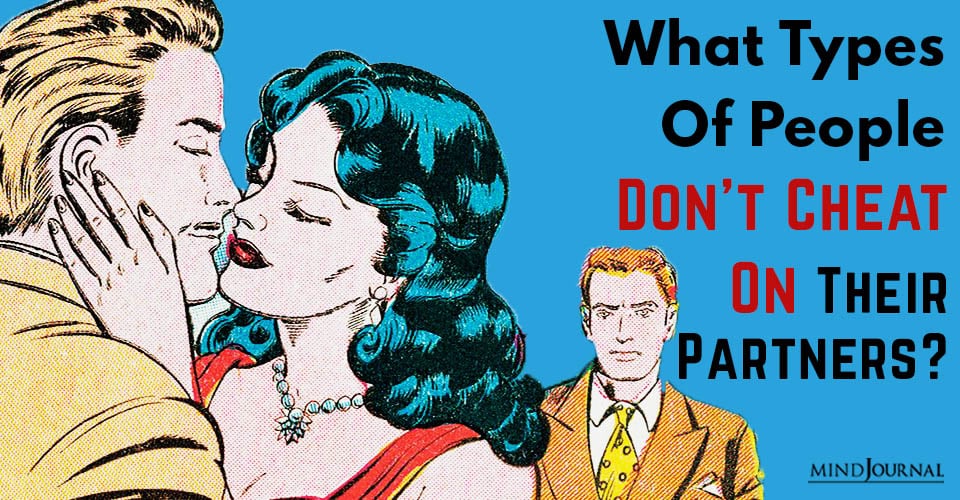 Various articles have sought to explain and rationalize why people might cheat on their partners: for example, lack of attention, the opportunity to cheat, or a desire on one side for more passion. However, we have seen far less on the reasons people don’t cheat.

So, what exactly is it that makes people less likely to cheat on their partners? Is it simply because they are satisfied in their current relationship, or are they merely deterred by the risks associated with cheating? Are there certain types of people who are less likely to cheat and if so, who are they?

From the interviews, the researchers extracted 47 reasons people reported as preventing them from cheating on their partners, which the researchers grouped into 8 broader categories as follows.

Following this, the researchers then asked 576 participants to report how likely it would be that each of the reasons given above would deter them from cheating on their partners now or at any time in the future. Responses were recorded from strongly disagree to strongly agree. The higher the score, the more agreement with the reason for not cheating.

Related: 10 Things No One Tells You About Cheating

Reasons for not cheating

The researchers then assessed which reason was the most likely to deter cheating behavior. They found that “I am satisfied with my relationship” to be the most highly reported reason, which suggests that most participants were having a good time with their current partners. The next most highly reported reason as to why people don’t cheat was that they said it would make them feel ashamed or guilty.

Each of these reasons reflects relationship benefits; in other words, people report not cheating because they are happy and dedicated to their current partners.

Which types of people don’t cheat?

In terms of personality style, those who were scored high on openness expressed fear that it would happen to them as a reason they wouldn’t cheat on their partners, compared to those who scored low on openness. However, those with lower openness scores reported not being provoked to be a reason for them not cheating on their partner compared to those with high openness scores.

The researchers also found that people who were high on conscientious reported that being satisfied with their relationship, feeling guilty, fear that this would happen to them, and feeling ashamed if it got out as reasons deterring them from cheating, compared to those who were lower on conscientious.

Related: The PAINFUL Way Cheating Affects The Cheater Most and Haunts Them Forever