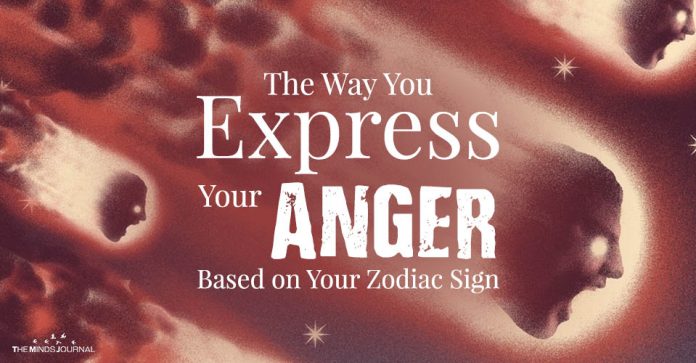 The Way You Express Your Anger Based on Your Zodiac Sign

Do you want to find out the way you express your anger, based on your zodiac sign?

Usually, I am not a social person so I pretty much just lock myself up in the house all weekend catching up on my TV shows. However, I was invited to a speed-dating event last weekend. The roster looked decent so I decided to go. Surprisingly, among the most common subjects was Astrology, especially sexual compatibility.

The most interesting bit I happened upon with regard to zodiac signs is that they have an effect on the way people express their anger. It seemed outrageous at first. I mean, anger is all about personality, and people just have different breaking points as individuals, not as astrological cohorts, right? But the more I researched it, the more it seemed likely to be true. I don’t want to convince you, just look at my research and work out if its true or not. 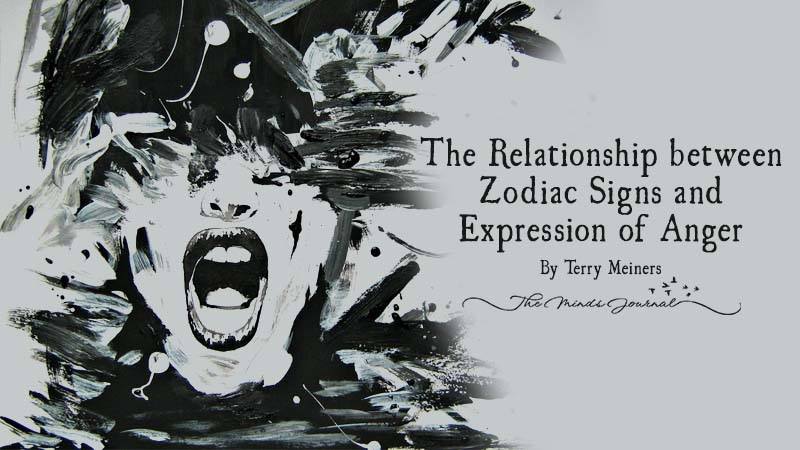 Aries are among the fire signs, and as you might guess, they have short anger fuses. They need to be prepared for events and happenings or they lose their tempers quick. The quick anger outbursts have them starting fights without consideration of how that affects other people, or even how to end them. On the positive side, Aries are just as quick to cool down as they are to anger. They forgive and they forget too.

These are quite unlike the Aries, they have a long, slow-burning fuse. They rarely get angry, but once they do, it is something worth writing home about. They will give subtle signs that they do not like something and hope you pick them up. At this point, you should take the hints seriously and try to talk the situation out with them. You have a decent chance at peace, as they will most likely just forgive you and move on. However, if they reach their breaking point you really do not want to be in their line of fire.

Geminis are talkers so, predictably, if you are in their bad books they will chew you out thoroughly. They scream, shout, curse, and yell, often sarcastic and hurtful things. However, their double-sided nature often reflects in their anger too, as they make keep cool even when seething with anger, only to make a cutting remark once they get the chance. It’s in their nature, so you can be sure that either way, you do not want to be on the receiving end.

Generally loving and caring, Cancers are slow to anger. They first manifest it by changing moods and giving hints. If you do not catch on, the behavior takes on a passive-aggressive nature, and finally withdrawal. All they want is love and care and their withdrawal period would be an ideal time to show them the same. If they get none of that, they start crying which turns to tantrums, venting all their pent up frustration if no one acts on it.

Lions are predictably all about roaring the loudest. They experience not just ordinary anger, but a kind of rage. They kick, rave, scream and throw things around. They are straightforward, so you will know pretty much on the spot when they are angry. This may be expressed in an offensive manner which they do not mean, so just take it lightly. They may forgive you for wronging them, but do not be too optimistic about getting an apology. Because of their pride.

Known for being kind, they hate hurting other people and so they do not like expressing their anger. They suppress their anger until they cannot take it anymore. Their hate for confrontation, however, often have them slamming the door walking out until they cool off. Their anger ceases on its own, but they will not forget the incident.

Terry Meiners
About the author: Terry Meiners is a business owner and a passionate writer at Essay Republic. Loves to share his experience on business and help people to understand it better.
-Adverts-

When it comes to the personality traits of Capricorn, there is so much more to their nature and character, than just being uptight or a control freak.
Read more
wpDiscuz
2
0
Would love your thoughts, please comment.x
()
x
| Reply