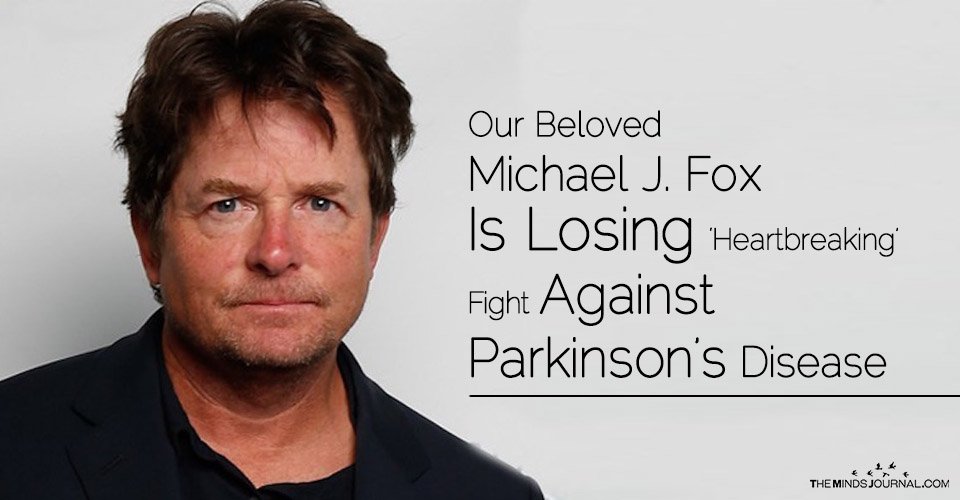 “The truth is that on most days, there comes a point where I literally can’t stop laughing at my own symptoms,” he says.

“Just the other morning I come into the kitchen,” he says. “I pour a cup — a little trouble there. Then I put both hands around the cup. She’s watching. ‘Can I get that for you, dear?’ ‘Nah, I got it!’ Then I begin this trek across the kitchen. It starts off bad. Only gets worse. Hot java’s sloshing onto my hands, onto the floor.”

Michael J. Fox is a Canadian-born actor, who in 1982 achieved his big breakthrough when he began a run portraying Alex P. Keaton, the conservative son of decidedly liberal parents Steven and Elyse Keaton, on the hit NBC sitcom Family Ties — a role for which he garnered three consecutive Emmy awards as Lead Actor in a Comedy Series. A few years later, he leveraged that break into international stardom when he was cast (as a replacement for actor Eric Stoltz) to play Marty McFly, the lead character in the hugely popular 1985 adventure-comedy film Back to the Future.

In 1991, however, when Fox was barely 30 and at the peak of his success, he sought medical treatment for a twitch in his finger, and the following year he received the devastating diagnosis of young-onset Parkinson’s disease (PD), a progressive disorder of the nervous system that affects movement and is typically symptomized by involuntarily body movements and debilitating tremors (and is usually seen in people over the age of 60).

Fox gamely concealed his condition while he continued working (primarily playing Mike Flaherty, the fictional Deputy Mayor of New York, in the ABC sitcom Spin City), but in 1998 he finally went public with the announcement that he was suffering from the disease and embarked upon a second career as a spokesperson and activist for Parkinson’s research.

Sometimes he seems to be winning and others it looks dark again. It’s been up and down. But, he never gives up.

The well-loved actor is now noticeably losing his fight with the disease, and at 54, his speech is often slurred and his left foot so unresponsive he must drag it behind him. He expects to be wheelchair-bound by the age of 60.

The often reclusive star took a night out with his wife Tracy Pollan in February of this year and required several helpers to enter and exit his vehicle.

According to Radar Online, a close friend said of the night out, “It was heartbreaking. Michael’s bravery knows no bounds. But as the disease takes its toll on his body, even he is beginning to see that his battle is a losing one.”

“Michael sees every day as a gift, as well as an opportunity to help other sufferers. His Michael J. Fox Foundation for Parkinson’s Research has done so much and has raised millions of dollars, but a cure remains well out of reach.

Fox continues to act, however, and refuses to give up. He has also been tireless in using the opportunities afforded by his high public profile to raise awareness of Parkinson’s for other less visible sufferers.

Now I feel and I say all the time that vanity is, like, long gone.  I’m really free of worrying about what I look like because it’s out of my shaky hands.  I don’t control it.  So why would I waste one second of my life worrying about it? ~ Michael J. Fox